The people queueing for Yeezys are sad, and probably won’t get a pair

It’s 7.30am on Oxford Street and a group of people are huddled in front of JD Sports.

They have Canada Goose jackets pulled tightly around their faces and they have McDonald’s coffees in hand. They are waiting for the store to open its doors. They do not realise that without a winning raffle ticket and corresponding photo ID they cannot buy a pair of Yeezy Boost 350s.

When one of the store’s managers tells them this they are not happy. The school children who have taken a day out of their February half term to come to London and queue look deflated. The men who have skipped work become angry. 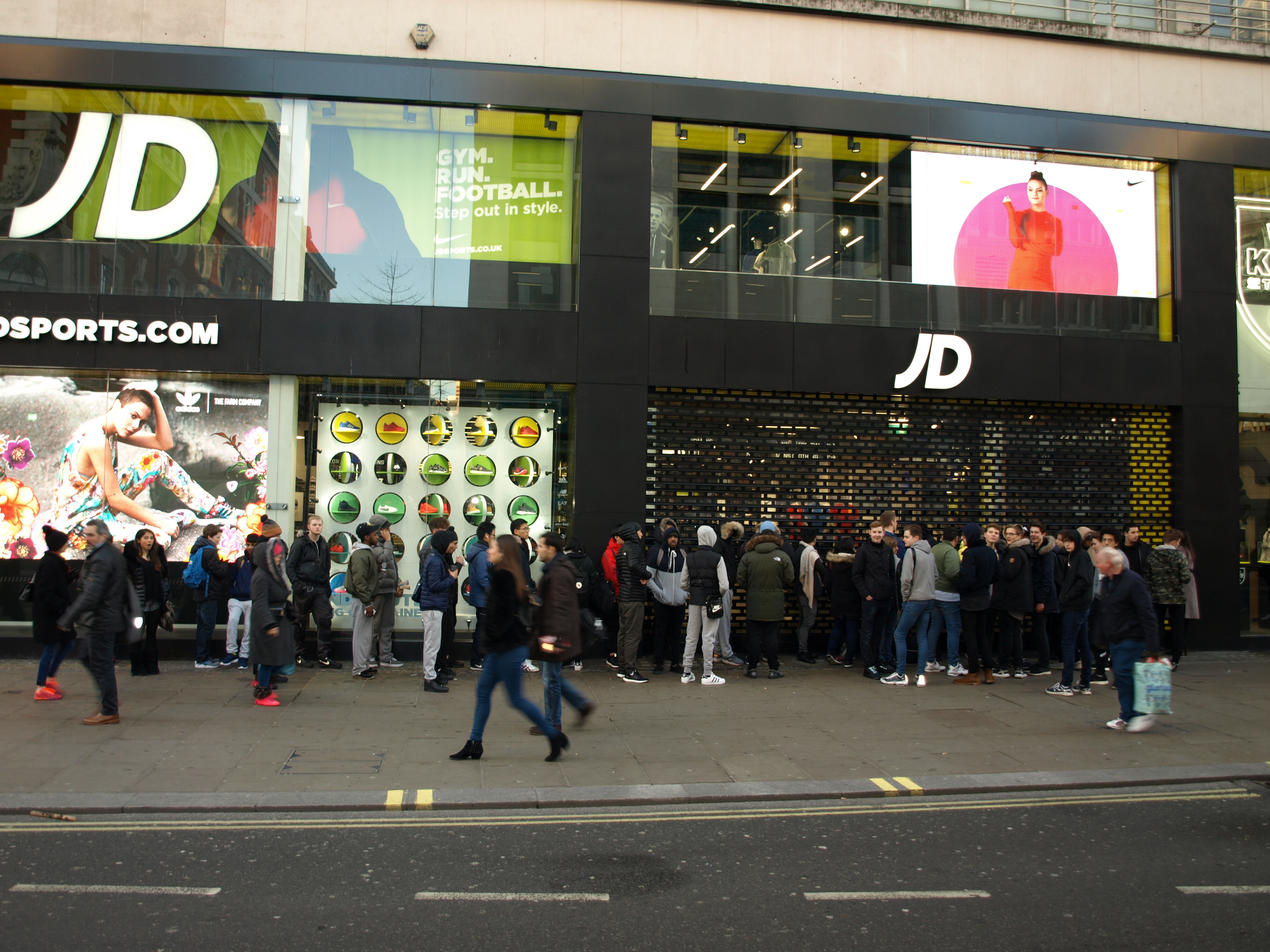 But before this fracas broke out there was an hour and a half long wait. And during the wait I tried to speak to people in the queue who, in the eyes of the law, were adults. They didn’t want to speak to me, though. In fact some of them were rude and confrontational. Probably because it’s quite embarrassing, and potentially incriminating, if your boss spots you, to spend your Friday hanging out on the streets of London with a group of kids.

On the other hand, some of them were more conversational, like John. 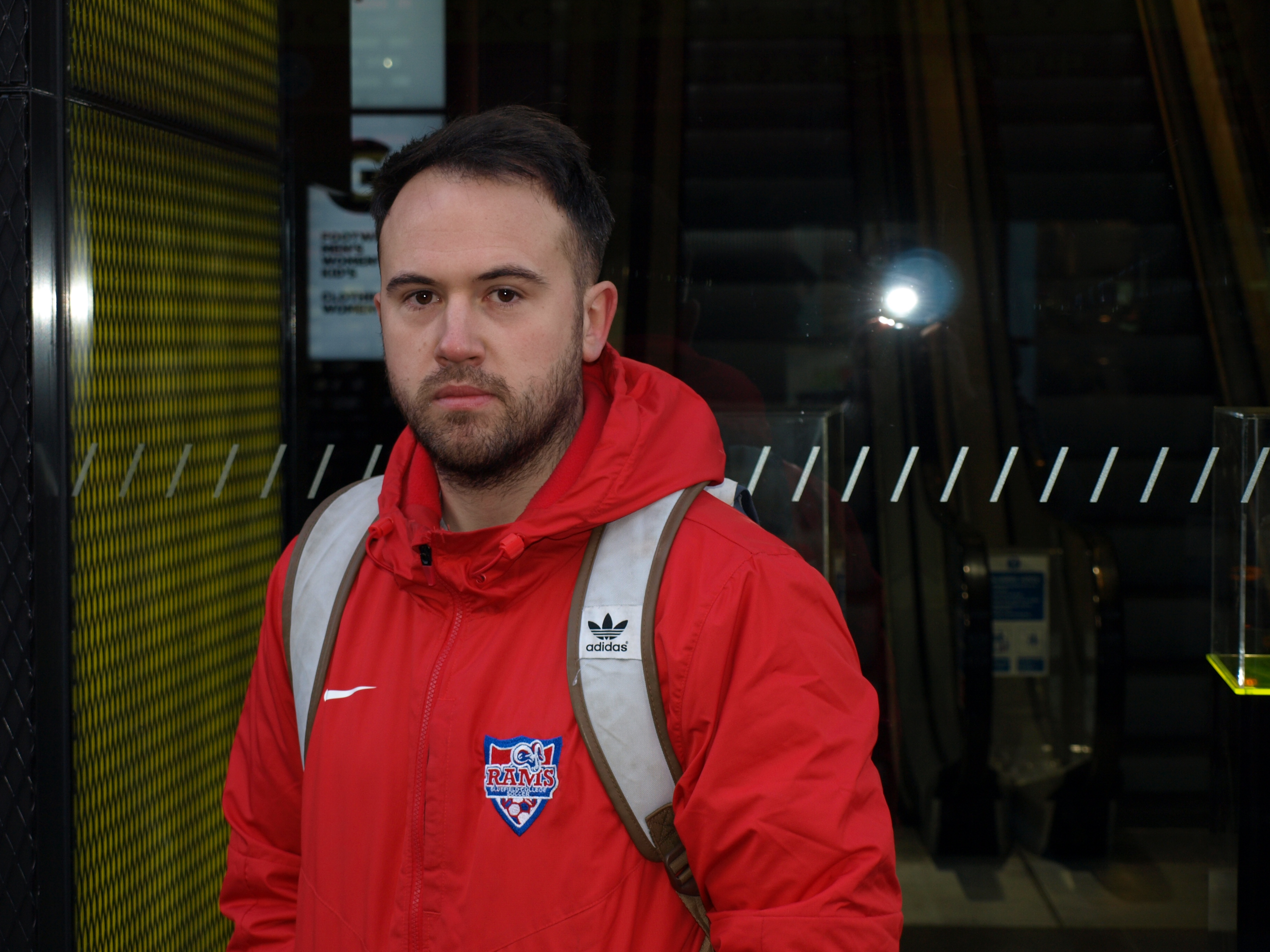 John, 26, from Essex is a sports coach. He was happy, afforded confidence by a winning code in the raffle. He said: “I spend most of my income on trainers – I’ve got about 30 pairs. I’ll buy these but I won’t sell them. I might wear them, rarely. Half these people are buying to sell. They cost £150 and you can sell them for a grand, but I won the raffle so I don’t have to queue.” John refers to the children in the queue as “monkeys” and bemoans the death of what used to be an “inclusive community” of sneakerheads.

At this point a girl turns around. Her name is Sarah and she got the train down from Birmingham this morning after getting a winning email last night. John and Sarah make small talk. Sarah says she intends to sell her Yeezys: “My friend is buying them from me for £800 as a present for his girlfriend, I’m going to go on a nice holiday.” John interjects: “Take it, take it. It’s a good deal and someone you know, you don’t risk meeting up with one of these monkeys who will rob you.” Sarah from Birmingham turns around.

The store manager comes outside and asks people to queue down the side of the building and not to lean on the shutters so he can open them. He asks people with winning emails to queue on the other side of the building. The queue looks confused, so he loudly announces: “If you do not have an email you will not get a pair. We will call the police. You are loitering.” The news seems all the more brutal when someone notices one of the store manager’s assistants is wearing a pair of the new Yeezys. 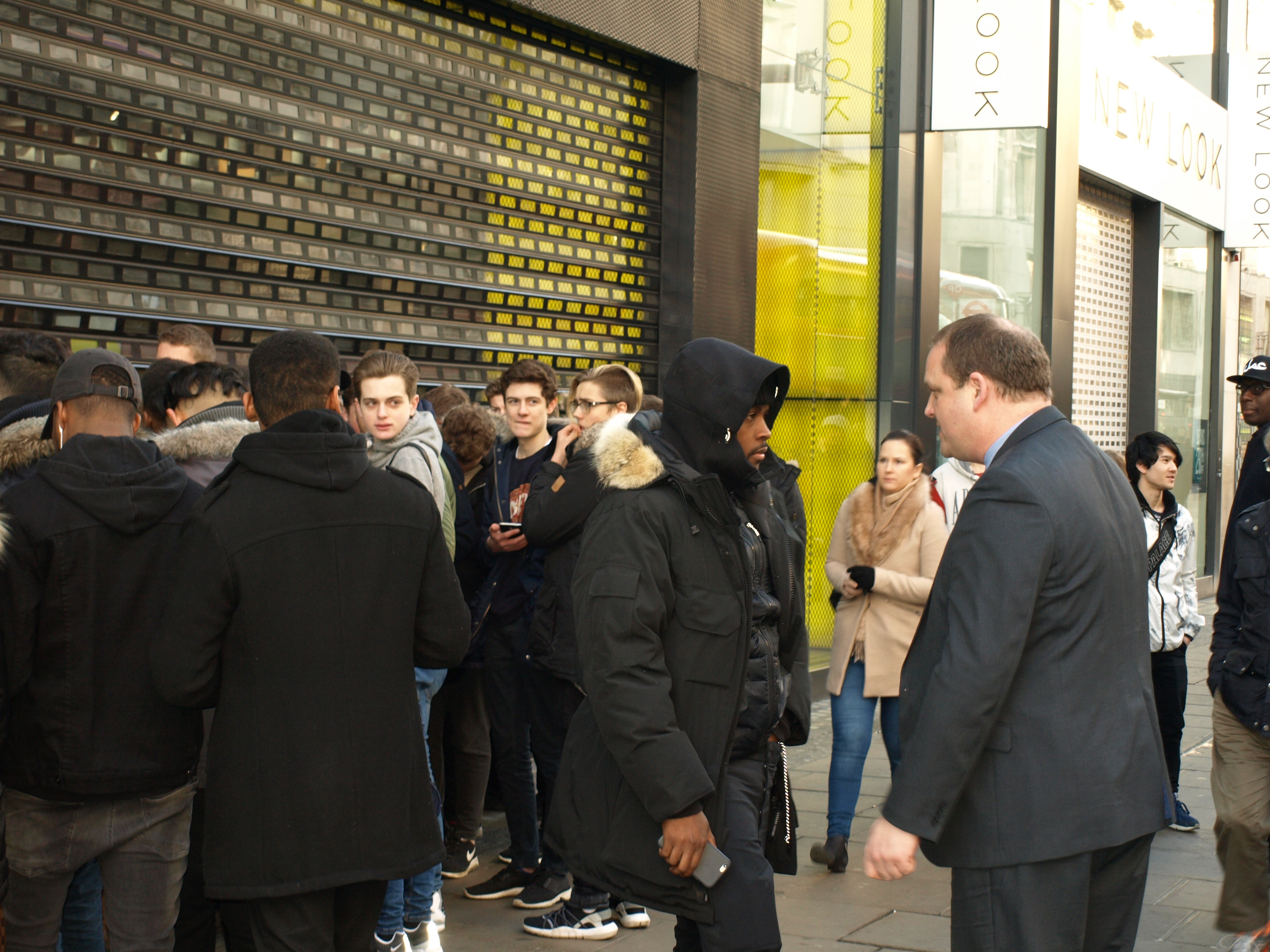 A woman called Polly asks what everyone is queueing for and I tell her. She says: “I hate the working class, the unwashed masses. Why can’t they think for themselves rather than brainlessly waiting to lap up this consumer shit.” I point out that there’s nothing to indicate any of the people in the queue are working class. She briskly announces she is late to her market research job, it is her first week, and she walks off as the shutter opens.

The sight of soon-to-be Yeezy-owning email winners heading to collect their Boost 350s is too much for some of the people in the queue to bear. They become aggressive and, after being asked to calm down by a member of staff, one says, “you work in JD mate, don’t get ahead of yourself.” 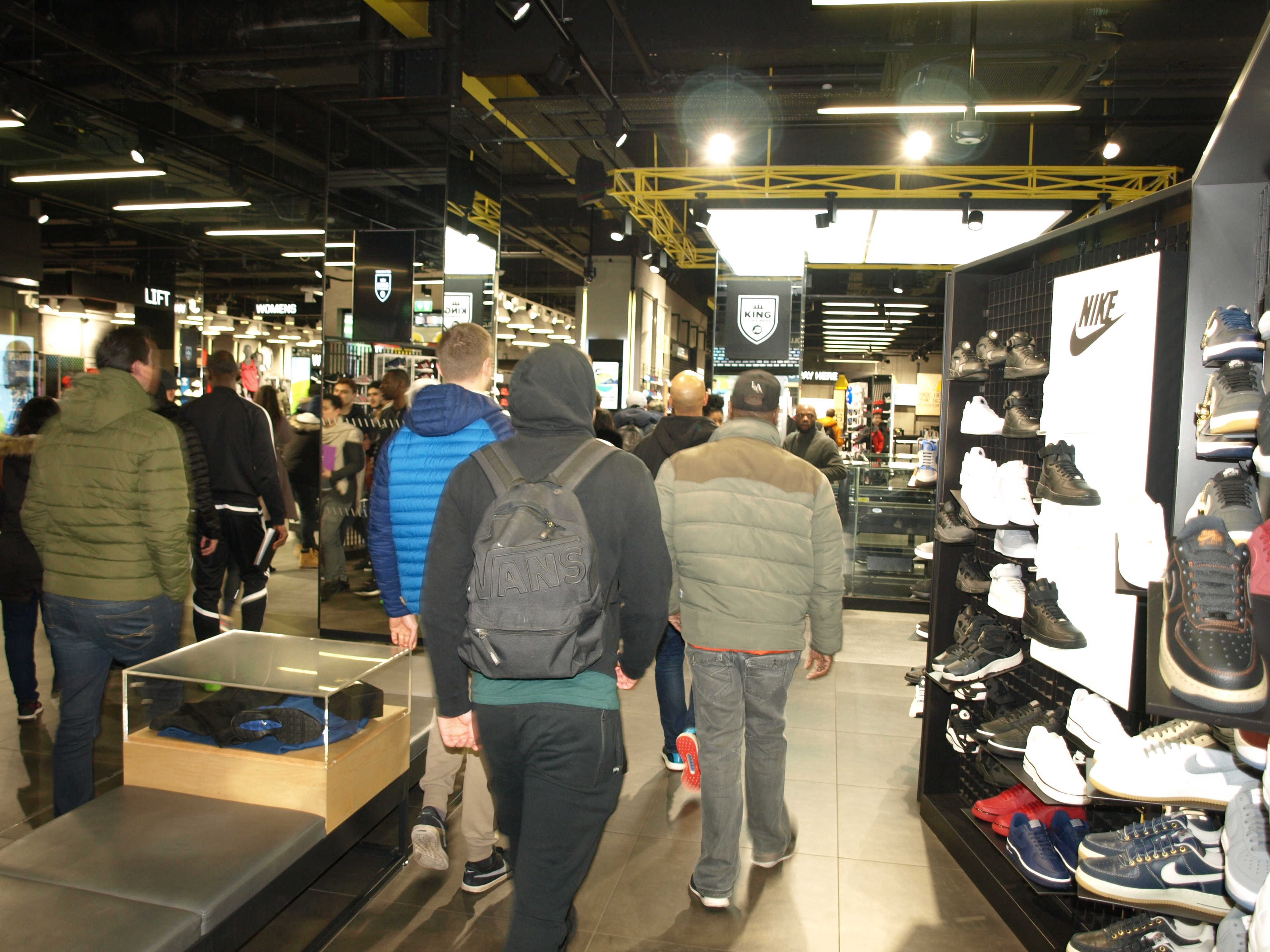 The “monkeys” without emails hang around in the shop front and by the tills. The winners are led upstairs to their shoes. “Is this it? Are these the only people with emails?” Sarah from Birmingham asks. There are about 15 people. They are led through a back door back downstairs and collect their shoes. Some of the women ask if the staff could let them leave through the back and the staff agree.

John gives me a nod and we head for the exit with another proud new owner. “If anyone asks, I didn’t get any. Those monkeys are waiting outside” John murmurs. Once outside our co-conspirator asks: “Are you going to keep them?” John replies: “After all that, there’s no way I’d sell them.”

Guys, the Love Is Blind reunion drops on Netflix TOMORROW

Aaron won’t introduce Lucinda to his family, and she says she’s not getting back with Brad

Which Love Island 2021 girl would be your bestie? Take this quiz to find out

Pack a bag, it’s time for a wild week with the 41 best Casa Amor memes from last night