James Ware did it in 24 hours

A man, with a passport and a national insurance number and a YouTube channel has only gone and done something mental and recorded it for the rest of us. Thank God, thank all the Gods, thank fucking Jupiter and Buddha for James Ware, who ate at every single McDonald’s in London in just one day. I told you it was mental  – watch this:

About half way through this I began to ask some whys. Why is he wearing a headband? Why does his voice sound like he’s swallowed a tennis ball? Why is he doing this? What is the point of this? No, seriously, is there any point to this at all, anything he is proving here, any stakes, any drama, any benefit to anyone? What is the point of anything? Is this my life, is it ending one second at a time, one second watching a dork eat a Filet O’Fish at a time?

James has that Stephen Merchant quality, lanky and gormless; so palpably the kid picked last for team sports – when you were kids you went to play at James’ once but your Mum never let you go again (this didn’t upset you) because she thought their house smelled “funny” in a way she couldn’t define or wouldn’t elaborate on. 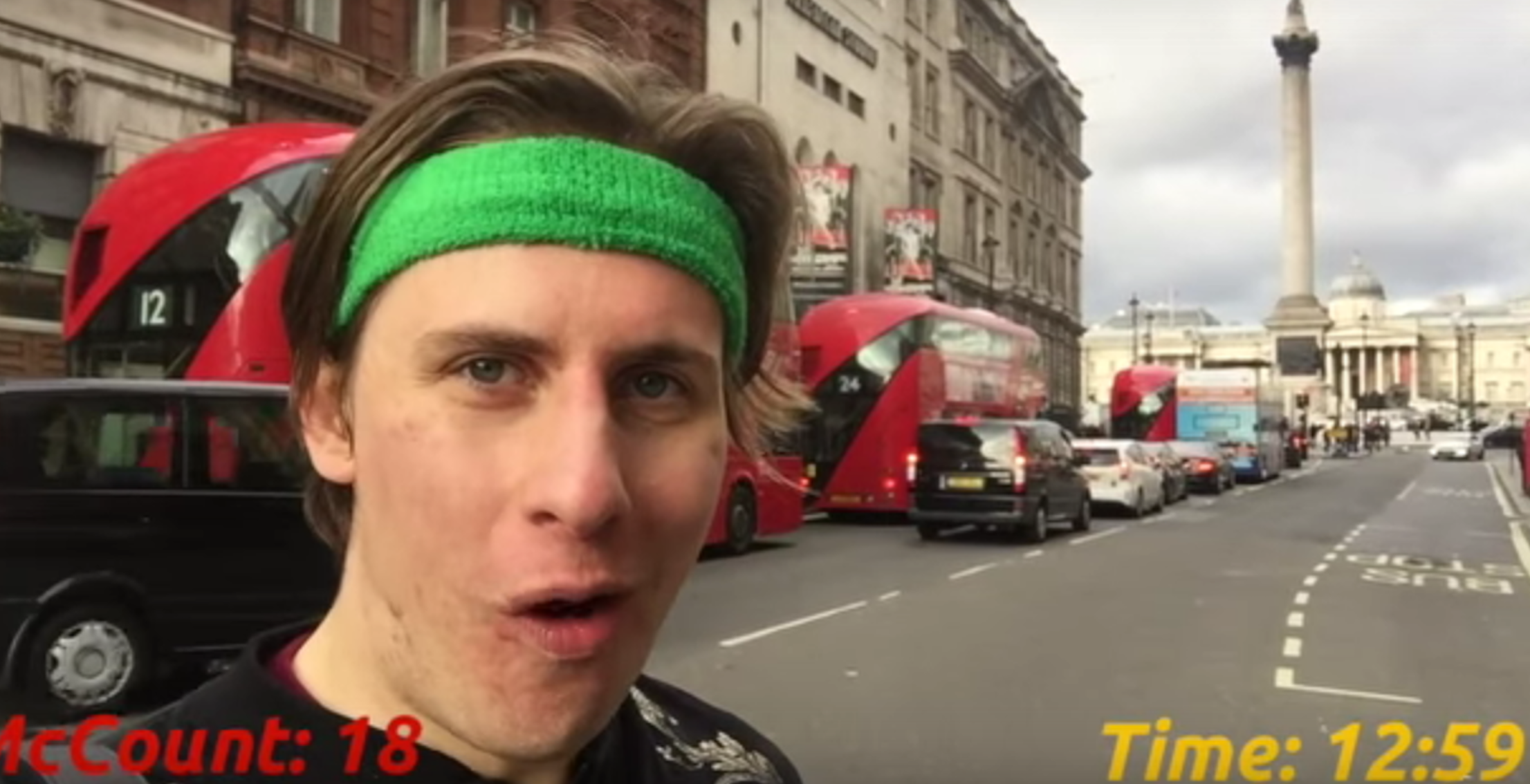 We’re all lost children aren’t we? That’s what I thought as James, on a Boris bike, ordered a Chicken Legend with mayo from a drive-thru and told the voice box ordering thing “You are the real legend.” We are so, so lost. Nothing to fight for, nothing to believe in, nothing we can all agree on and say, yeah, you know what, that’d be worth giving up everything for – I’d die for that.

Nah. We do have the ability to record ourselves eating at every McDonald’s in London though, and in a mere 24 hours as well. Incredible. I like imaging James in different times and situations: being shot by his own troops in Vietnam, accidentally losing a cure for cancer in some lab in the far future. We all know a James. Hapless and helpless, with the scaly faces of serial Big Mac eaters, it’s our misfortune to live in an era where they can irritate the entire world, not just us.