Ahead of this afternoon’s match at Murrayfield, the England Rugby Twitter account shared a video beamed down from the International Space Station: the astronaut is wearing England colours and flanked by space suits. It’s the most interesting thing to happen to the team since it failed to progress beyond the group stage of the world cup it hosted last summer. 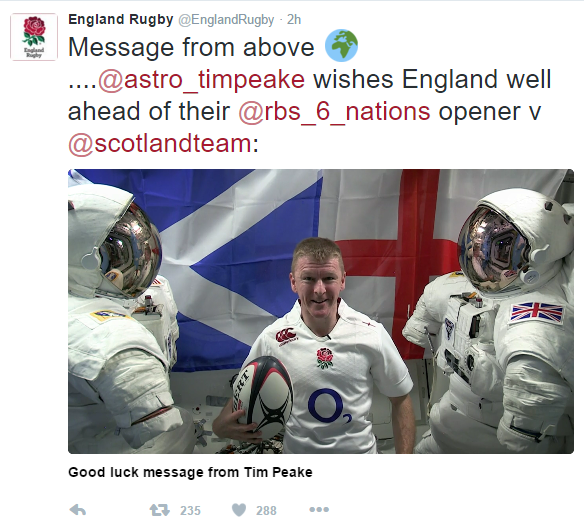 “I know that space is a hostile environment” Peake says, “but Murrayfield…that’s a whole different matter.”

“And Scotland has a fire in their belly, you could hear their World Cup rage from up hear in space, so here we go. England shirt, check, and somewhere around here I’m sure there’s a set of bagpipes. May the best team win. Come on England!”

In another video message shared on his personal account, Peake said that 2016 Six Nations tournament will be “out of this world”.