Is the Mighty Boosh coming back?

The Mighty Boosh was the surreal cult classic of your teens. Today, quotes are insider currency: some people cannot hear crouton without mouthing, “crunchy friends in a liquid broth”. It was by turns creepy and blackly comic; it was always absurd.

Now, Noel Fielding has hinted that the Boosh might return. In an interview, he revealed that he and Julian Barratt – Vince Noir and Howard Moon (“I don’t accessorize. I’m Howard Moon. There’s a simple truth to me”) – have been working together again. 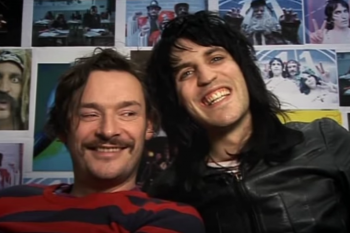 “Me and Julian have just started – we sort of had a big break – we never weren’t friends, we carried on being friends … because we live in the same street, so we see each other all the time … and we’ve just recently started thinking we should write something again.

“So hopefully this year we’re going to have a crack at something. No idea what … we’re just going to see what happens. We might write a modern dance piece.”