Having a glass of wine with Ben Judah, 2016’s answer to George Orwell

Or so he says

At the launch of This Is London, a new book by the journalist Ben Judah that is making some posh journalists feel bad about the city in which they live, a tall man in a blue suit is patiently explaining, in his Oxford Voice, that we’re all journalists really. Every profession is journalism when it comes down to it.

I ask him what he does. “I’m basically a private investigator for businesses.” What businesses? “I can’t tell you that,” he says. His blue suit doesn’t look cheap. I think briefly about my sister, who works in Tower Hamlets for the Met. I try to remember if she’s ever mentioned feeling like a journalist before.

Here is literary London, with a glass of free white in its hand, milling around The Museum of Immigration and Diversity in Spitalfields. Here is half of the Sunday Times News Review, Daniel Johnson, and Nick Cohen wearing battered blue Asics and a grotty plaster on his finger. I’m seeing everything and everyone for myself at the launch of Ben Judah’s new book This Is London. 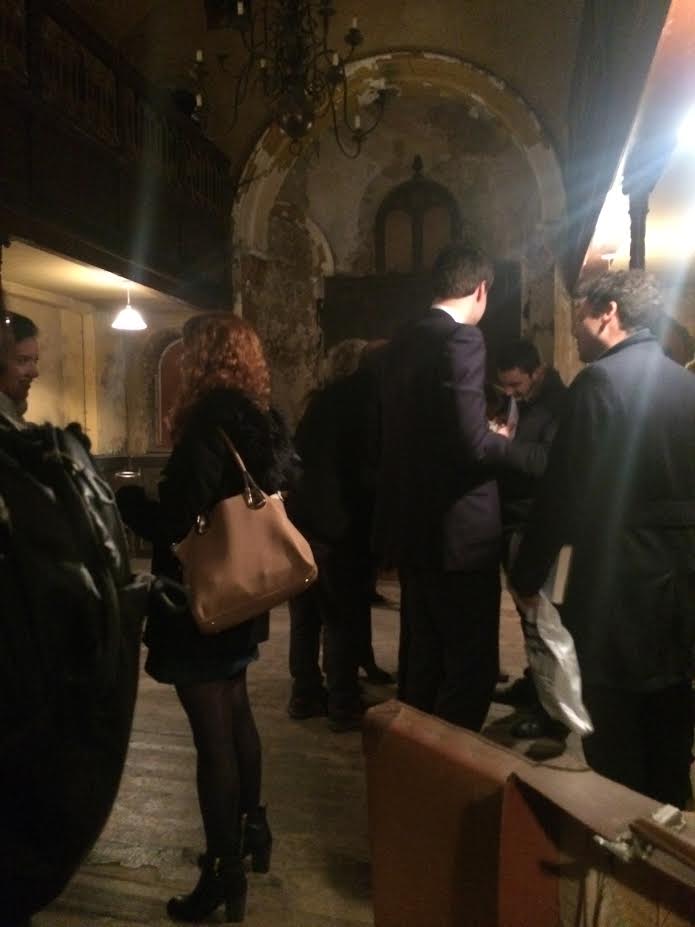 This Is A Book Launch

I speak to more of Ben’s friends. “I want to make sure his head doesn’t get too big,” an old flatmate says. “He’s very good.” An editor is talking about his job. It’s about giving life to what’s already there in the piece. If there’s nothing there already, there’s nothing the editor can do. What’s Ben like to edit? “Good, but not without his excesses.” What kind of excesses? “You know, getting a bit carried away with plastic bags being caught by the wind, stuff like that,” he says, laughing. You know. That.

Copies of This Is London are selling well. The dust jacket promises something “raw, powerful, unflinching”. It is an “essential guide to London in 2015”, conveyed with “a real freshness and vividness.” 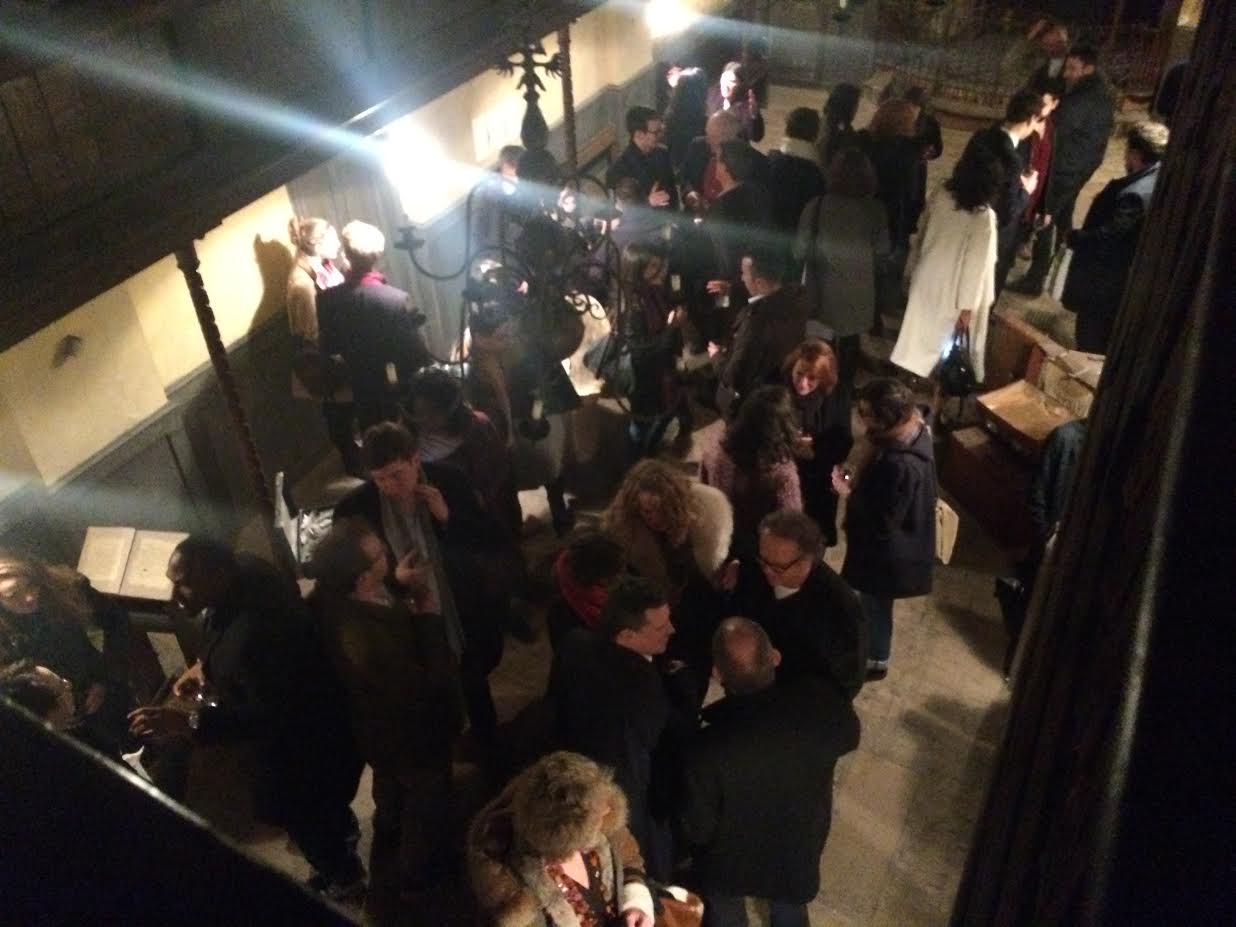 This Is Literary London

But what about the author? Judah has been compared to Orwell more than once recently. Tonight, he’s dressed down, black puffa, dark jeans, black shoes, as a statement I suppose, amongst his well-tailored guests – this is how London dresses. His speech is short and engineered to please the people gathered here. We are living in a new, gilded age he says, employing the word “Dickensian”. London remains a dream all over the world, from Eastern Europe to Africa. These stories might not seem relevant to you, but they will be – because of miscegenation – they will become part of your genome. 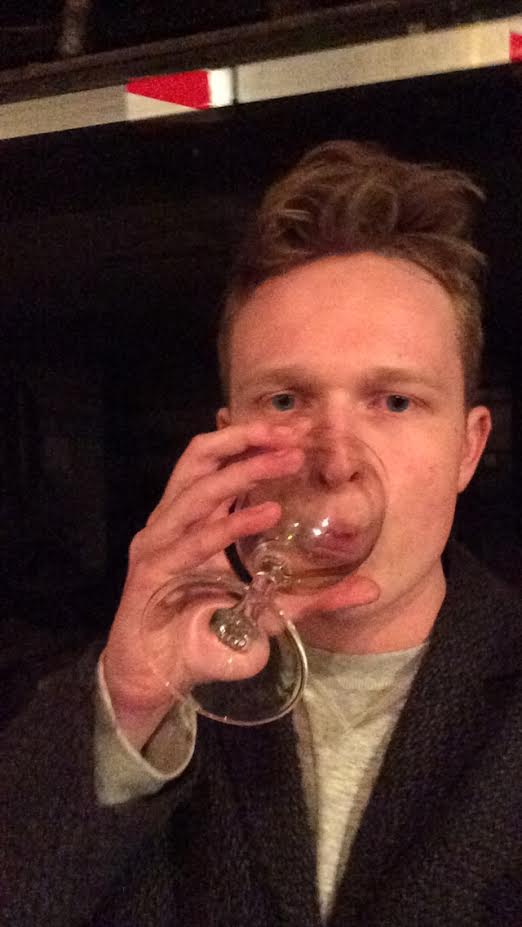 This Is The Author Drinking Free Wine

Later, as he signs my book, I ask him about the Orwell comparison. Didn’t Russell Brand say Owen Jones was our Orwell? “There can be two Orwells,” he says. “There was the polemical Orwell and the Orwell of reportage – I’m more reportage. I’m not very political. I don’t like getting on my soap box. I find it hard to make my mind up.” So you’re more like a mirror then?

So what’s in the mirror? Judah’s London is a futurist hellscape. It’s a Blade Runner city of closed doorways, concrete estates and relentless rain, where the haves cannot stand the have-nots and the have-nots can barely stand their own lives. It’s a Clockwork Orange city of “hissing white noise”, “hateful underpasses” and “ready-made urban rape scenes.” Over 400 pages, and interviewing 25 immigrants, Judah plunges into the grime and dredges up a portrait of this world capital. Wave after wave of desperate and hopeful people from across the globe have filled London’s old neighbourhoods and turned them into seething banlieues. This is London tells their stories.

“I was born in London but I no longer recognise this city,”Judah writes, early on. “I don’t know if I love the new London or if it frightens me.” His presumption, his gamble, is that if he doesn’t recognise the place anymore, then neither do we. I suppose most writers who live here are under the impression that they have something new to say about London. They believe it is they who can draw together all the megalopolis’ disparate parts and give us the whole.

Parts of this book are extraordinary. At its very best the reporting here reminded me of Joseph Roth’s from Weimar Berlin, where hard urban truths and basic human folly are exposed with haunting lyricism. Anyone in their twenties will flinch reading this about the gentrification of Peckham:

These people tell you they live in Peckham, that they love the ethnic colour. But this is an expat society. They love it like a prop. Like a stage backdrop to evenings that the Africans are not invited to. They claim they hate the crime: gang culture is what’s worst about London. But they don’t seem to understand that the Peckham Boys are the ones killing each other to be the ketamine and MDMA suppliers – for their graceful parties.

And the last chapter, about Hajji, a mortuary worker in Leyton who washes corpses before they’re buried, will stay with me for a long time:

Hajji has seen death in all its forms: peaceful and contented, violent and struggling, but the ones that always shake him up the most are the Tube suicides. These are the worst bodies. The bodies that the doctors tell the mosque not to unzip. But they do. Nobody knows the pain inside. Nothing but a wash can calm the body that was smashed by the rails for the journey.

One thing Judah never tires of is reminding us that he is a reporter: “recording what they say into my phone” and “keying in what I see” or “switching on the recorder”. There’s more: “I fold my notebook closed and keep going”, “I record their contemptuous voices”, “I hover in the shadow of a lamp and flick through the pages of my notebook”, “I write in the notebook, the unease in my skin.” Judah fills his notebooks with the word notebooks. It’s a self-serving style, unsubtly intended to remind us who is telling the stories of these people, telling us to be grateful to him for doing the hard miles to bring them to us. Do you recall Orwell writing about the notebooks he took to Catalonia, or how many pencils he got through in Wigan?