With all that revision, anticipation in the morning and the queue to get in, it’s normal to expect everything to go to plan. This year it didn’t, it really didn’t. There are more retakes than ever before and for once it’s not the uni’s fault. Exams were not printed properly, old papers everyone has seen before were given out, pages were full of spelling mistakes and whole chunks of questions were missing.

If you try to blame the printer for handing in some coursework late then you’ll get marked down. How does that leave Manchester after an entire exam had to be abandoned because of poor printing quality. A first year Advanced Maths test ended abruptly after 40 minutes because it was so difficult to read. On YikYak, one student doubted the mistake, saying: “Absolute bollocks. I reckon I’d done enough to pass by the time we’d got told to stop”. It’s been rescheduled for a later date.

Old papers being given out

It all went off in Leeds when an old History exam was put on desks, mostly because the second years had already seen the paper. The class were told that the questions would concern the period after 1953, and were confused when all the questions addressed the pre-1945 period, until they realised they knew it all. Eventually staff noticed and the exam was rescheduled a week later.

Amazingly exactly the same thing happened in Nottingham, this time for Economics students. Reports say they sat in disbelief after invigilators told them just to do the wrong exam anyway while they waited for the actual paper to be printed. Course Rep Sanzana Tasneem said: “The question paper we got said 2014-15 on the cover. The students realised this before the exam but they thought that only the cover was printed wrong.” Less than a minute after the exam started, students complained about the paper being the same as last year.

In Bristol second year maths students quickly discovered something was wrong when the first three questions were missing from their Metric Spaces exam. The paper was so short, the entire hall started laughing. Staff panicked and ran off to print the beginning of the paper again. 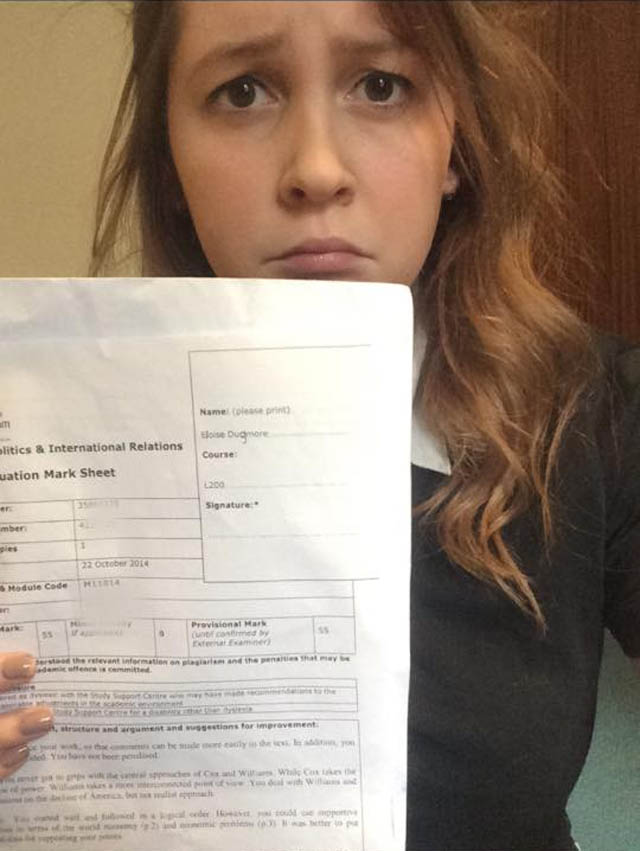 ‘Deliberate’ mistakes on the exam

Probably the most confusing mistake of all – there were problems with a section of a King’s Economics exam which made it impossible to complete. In part B they had to chose between two questions, but the second had mistakes which made the questions unanswerable. As the freshers were not warned there might be a mistake, many tried to answer it and lost valuable time. To add insult to injury, the Economics department announced they’d done it on purpose.

Questions on the exam being exactly the same as coursework

You can’t blame this one on the printer. A first year Politics exam was paused half way through when someone noticed the questions were very similar to coursework which had been set earlier in the term. First invigilators gave unclear instructions regarding which questions were meant to be answered, leaving the nervous first year students in a state of panic and confusion. They were then told they could answer any question they wanted and were given an extra 10 minutes.

In Loughborough Sports Scientists noticed something was up when an exam question turned out to be impossible to answer. They were first asked to analyse the relationship between the physical activity levels of parents and the amount of support given to their children. Sounds ok. But halfway through the question it suddenly switched to being about the effect of single parent households on homework. The exam also contained a number of spelling mistakes, including the misspelling of the words “different” and “hypothesis”. By the end of the exam, students were left with as many as four error sheets.