It’s the early hours of a Saturday morning in the middle of autumn. Steve has just stumbled out of a bar in Shoreditch he’s never bothered to learn the name of. Bagel in hand and with no phone battery left to call an Uber, Steve decides to hop on a night bus to get him halfway home. He gets to the stop and waits.

After a few minutes, a girl approaches. Her name is Lauren, she was only meant to be out for after-work drinks. She studies the bus timetable, searching for answers. Not finding any, she turns to Steve and asks what bus will get her south of the river. Before you know it, Steve’s waking up in Lauren’s flat off Peckham High Street wondering where his socks are.

Post-club pulling isn’t exclusively a London phenomenon but it’s hard to think of anywhere better suited to it. Where nights at uni ended when the house lights were turned on and the walk-home kebab had been bought, London is a city where you’ll always find yourself stood outside at 2:30am thinking “fuck, what now?”.

In those moments where you can feel the night beginning to slip away from you, nobody would blame you for giving up, calling an Uber and heading home. Sure, you’re in a dry patch at the moment but you’ll tell yourself next week will be different. The problem with getting in that Uber though is as soon as you do you’ll never be like Lauren or Steve. 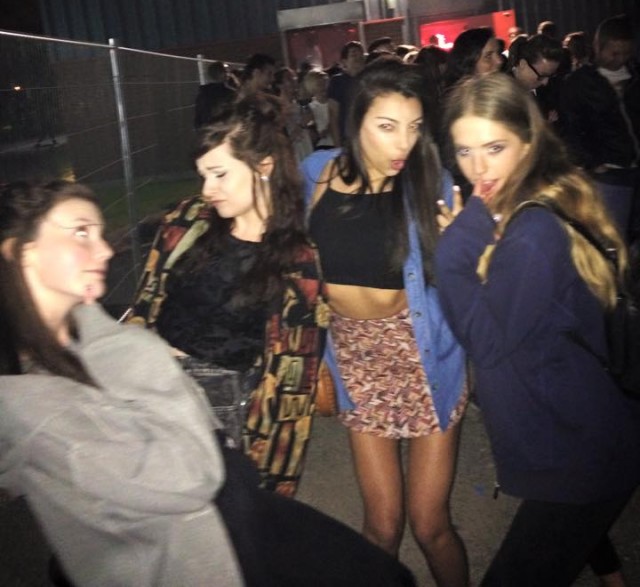 Don’t blame yourself for failing to pull someone in a club, doing so is next to impossible. All the obstacles to chatting with someone in a club disappear however once you’re out on the street. You can actually hear someone’s names. You don’t have to bum a cigarette off someone to have an excuse to talk to them. Nobody has to worry about trying to buy anyone a drink and no bouncer is going to come along and tell you to go home already. Sure, your friends will still butt in and say something embarrassing but things will never be perfect.

Rather than right-swiping your way into an awkward first date over coffee, spend more time on the pavements outside kebab shops, in queues for cash machines and at night bus stops across the city. Obviously, don’t lurk there (that would be weird) and don’t start harassing everyone you see who is alone (if they call the police, it will be your fault). But enjoy the fact that, for a few hours, London isn’t the city where everyone sticks in their headphones and refuses to make eye contact. You might even make a new friend.