Inside the lives of the secret superfans

One of them drove seven hours to watch Robot Wars

I have a secret – something I don’t often reveal to strangers.

I’m talking, of course, about Mjölnir. You probably know it better as Thor’s hammer – but no matter what you call it, owning a movie-quality replica isn’t exactly normal.

I’ve seen the first film over 40 times, and I’ve been as Thor for Halloween three years in a row. So why am I not a pasty web-dweller who shies away from human contact? 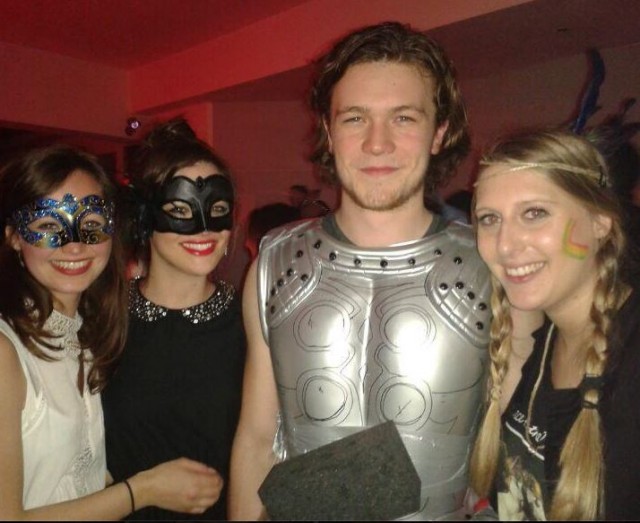 Me on one of many Halloweens

Superfans nowadays don’t live in the shadows, so I decided to track some more down and ask them about the daily struggles of being an obsessive enthusiast.

If you think you don’t know one, you’re not looking hard enough.

Newcastle grad Bella Eckert is no stranger to being judged because of her obsession – not least because she turned down the biggest night out of the year for it.

“It was the same night as the massive S&M party in Newcastle – the biggest party of the whole year – and I went to see Robot Wars instead.

“People thought it was so weird, especially seeing as it was on the other side of the country.”

Bella and her friend drove seven-and-a-half hours to Kent to watch Robot Wars live, and then made the same journey the next morning – and she doesn’t regret it. 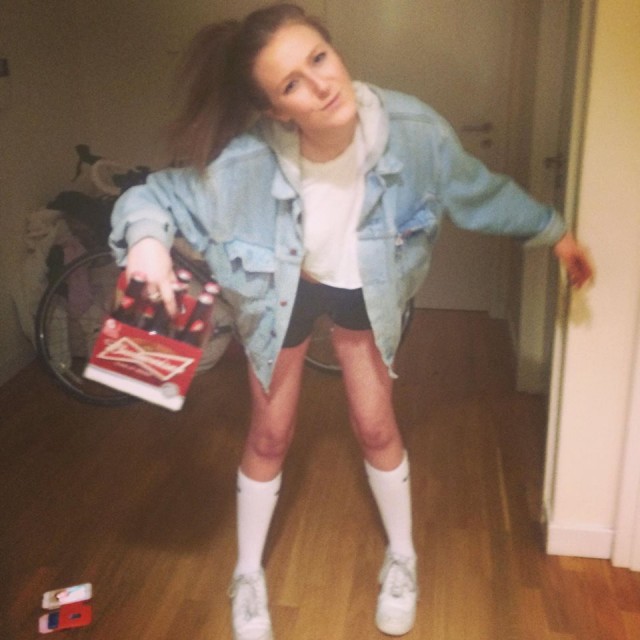 Bella when she isn’t skipping the party

“I’ve been a Robot Wars fan since day, and now it’s all about childhood nostalgia.

“I have keyrings, T-shirts, a Robot Wars foam finger – I even wear my Robot Wars T-shirts out and about. People give me weird looks but I just assume they’re jealous.”

As for the evening itself, it couldn’t have gone better. Bella says: “When we turned up no-one was there to check tickets, so we broke into the robot garage.

“We ended up meeting Wheely Big Cheese and Sir Killalot. They’re so much bigger in real life than they are on TV – they weigh like two tonnes.

“There was a point during the show where we wondered if we’d misjudged the situation, but I’ve never smiled so much in my life. There was shouting, screaming, sweets being chucked about. We didn’t even drink anything – we wanted to be clear-minded for the whole thing. 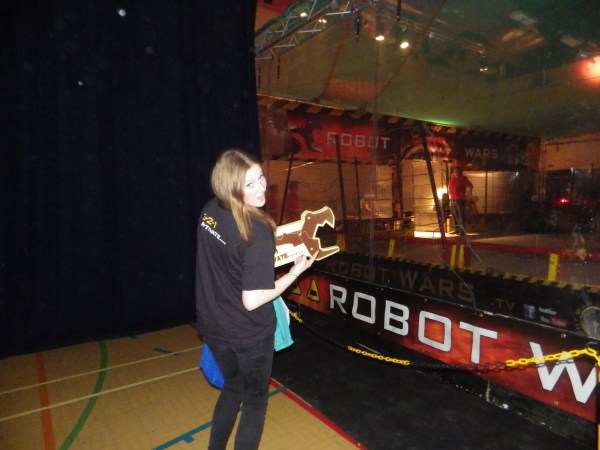 And in her natural habitat

Although plans to build her own robot have never come to fruition (“life gets in the way”), Bella did start a petition to get Robot Wars back on the TV.

At the time of writing, it had only reached 35 signatures.

In her love of Les Misérables, Manchester final year Laura FitzPatrick has had even less luck: “I auditioned to be in it when I was in Year 8 and I didn’t get in.

“Then in Year 13 a boys’ school near me put it on and I auditioned again, and I got put in the chorus in a really shit part.”

Misfortune aside, it hasn’t tarnished her feelings about the musical. She says: “The same year as they did it at school, I went to see it in the West End for the first time.

“By the time I went to see the school play version (which I wasn’t in) I knew all the songs already. When the film came out a few years later, I went to see it in the cinema three times.

“I literally know all the words. And because it’s sung-through, if you asked I could sing the entire film from start to finish.”

Laura didn’t let her second rejection get to her either. She says: “I still really wanted to be involved and I knew there wasn’t a choreographer so I just asked the director if I could choreograph it. So I choreographed the whole musical and I didn’t even get credited for it in the programme.” 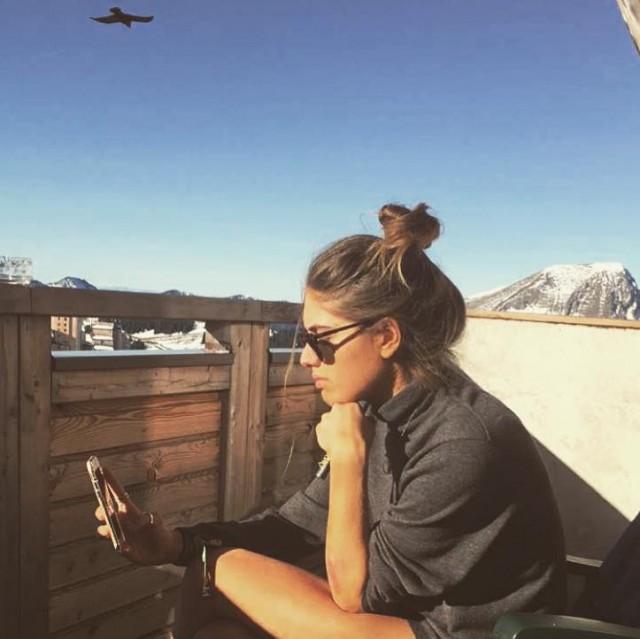 Neither did her passion subside when she went to uni – much to the misfortune of her new friends: “For a while it was the only film I had on my iPad, so every train journey I went to and from uni I’d watch it.

“In first year I brought a guy back to mine. I suggested we watched something but our internet was really shit in halls, so I was like ‘Well, the only thing I’ve got is Les Mis…’

“I made this poor guy watch Les Mis with me in my bed after a night out. He fell asleep.”

“I’ll start by asking if they’ve heard of it before I launch into a tirade about it,” says Leeds third year Art Sejdiu.

He’s talking about the US reality series Survivor, of which he’s seen all 31 seasons – despite having only started watching in 2012.

Factoring in the episodes being an hour long and each season having around 15 episodes, Art has watched almost 500 hours of Survivor in the last three years alone. 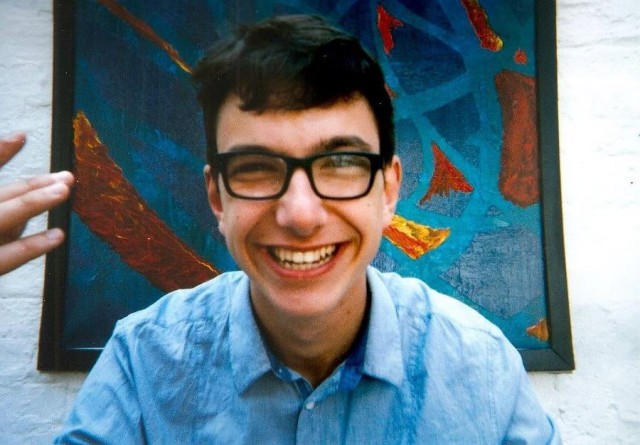 He explains: “I sort of stumbled upon it, watched one and got hooked straight away.

“Some people call themselves ‘superfans’, and I don’t know if there’s any statistical way to analyse that, but I’m a pretty big fan.

“It’s got a big fanbase in America but they don’t even show it on English TV, so I have to use one of those address-blocker links to watch it.”

Survivor is a show in which contestants are sent to a deserted island and forced to use their wits to, you guessed it, survive. For someone like Art, who isn’t the most outdoorsy of people, it isn’t the most obvious fit. 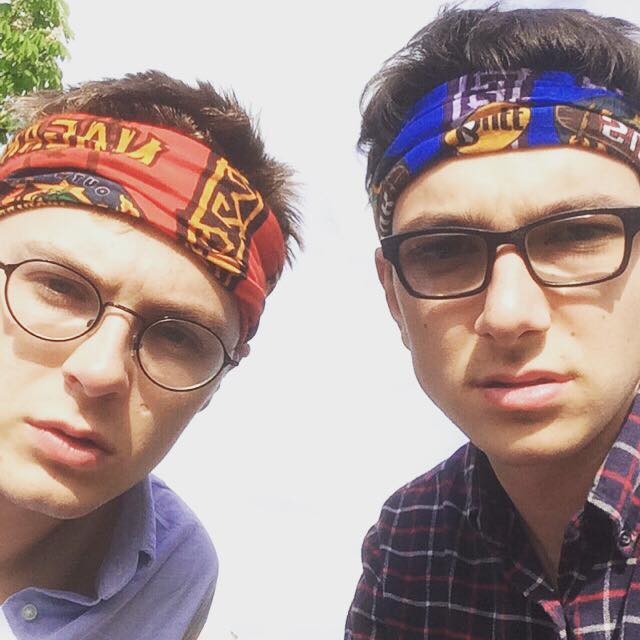 Art and friend with their coveted Survivor buffs

He says: “I think I’d be an awful contestant because I’m very weak and weedy. I’m also English, so I’d probably be voted off straight away.

“I’ve got a Survivor buff, which is sort of like a tactical bandana. When people see me wearing it, they tend to just sigh.

“It’s probably because the closest I’ve come to wearing it in the wilderness is on the beach on holiday.”

Bristol third year Chloe Cole’s obsession has earned her similar scathing looks. She says: “I tend to keep it hidden, but I do slip occasionally.

“Back when I was still living at home, I’d been to the Harry Potter studios where they teach you how to duel and bought a replica of the Elder Wand.

“I was in my room doing all these duelling moves, and didn’t realise my neighbours were in their garden – they saw the whole thing. I just jumped on the floor and tried to hide.” 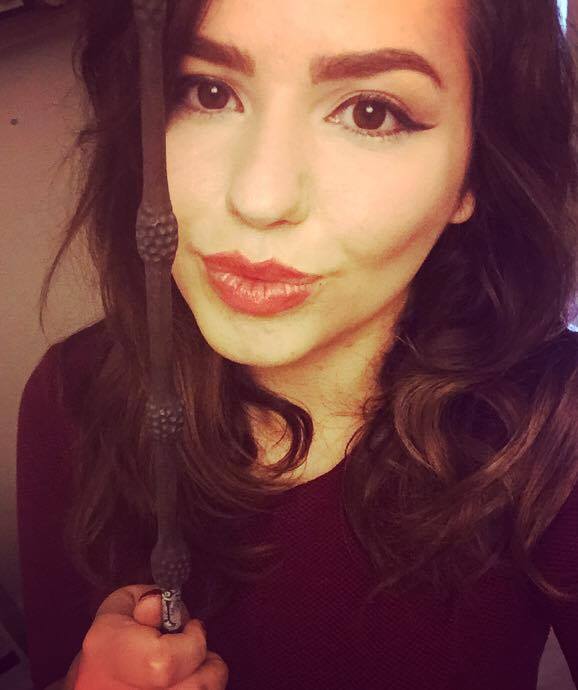 Chloe with her precious Elder Wand

Chloe estimates that she watches all of the Harry Potter films through at least nine times a year.

She’s also reread each of the books over twenty times: “When they used to come out, I’d finish the book and immediately start reading it again – I’d do that four or five times with every book.” 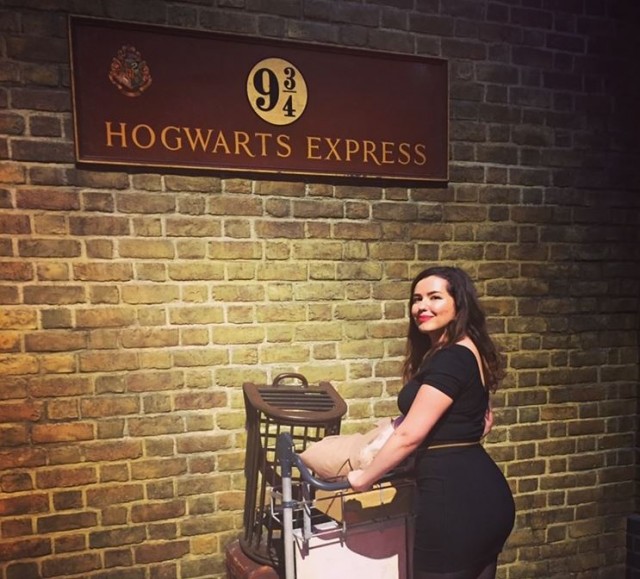 Though Chloe usually keeps her Harry Potter memorabilia locked away, she admits it isn’t always easy: “Every year for Halloween I used to dress as Hermione when I was little, which I reckon I did five years in a row.

“That wasn’t too strange, but in first year we had a Harry Potter formal at our halls. I turned up with a Buckbeak teddy, the Elder Wand and a Time-Turner.

“I may have taken it a bit too seriously.”