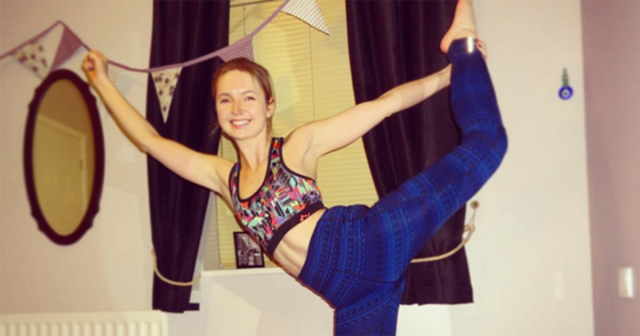 You have to be reasonably bendy

Obviously we’re all incredibly envious of the tanned, toned, flexible yogis who bombard our Instagram feeds on a daily basis. From exotic locations, to naked yoga and extreme body contortions, 2015 has seen our yoga-fuelled obsession rise, as we all strive to hop on this bendy bandwagon. But how easy is it really?

I wanted to see what all of the fuss was about. So over the past two days I unleashed my inner yoga-goddess and plagued my Instagram with some of the most popular poses of 2015, to gage the reaction from the masses. My eyes were opened to naked yoga and exotic shots as I discovered that you don’t have to go far and wide to get the perfect Insta snap.

Apparently sea-side yoga shots are some of the most popular Insta pics this year. Beach shots are prime material, but this is England. It rains, it’s cold, and nailing this pose with shots like this is rare. 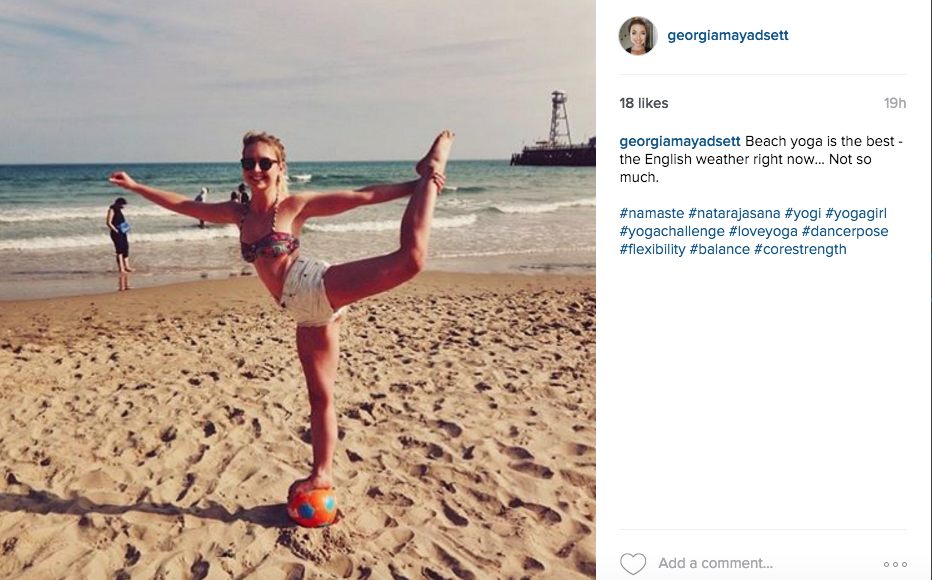 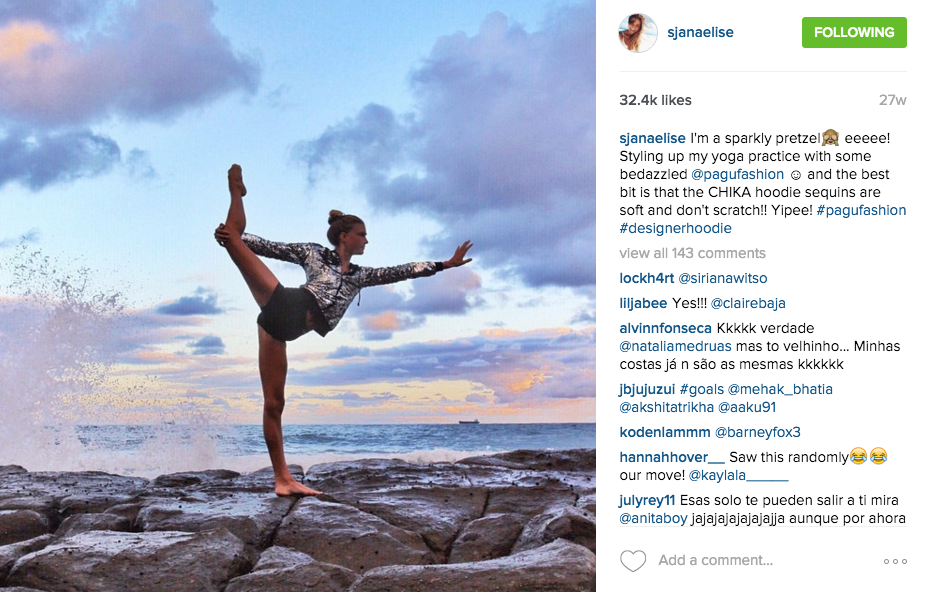 Some Insta accounts using the “dancer” pose gained thousands of likes, compared to my paltry under 20 attempt. But let’s face it, it’s always gonna be hard to compete with someone whose legs are that long.

This one requires a fair bit of leg flexibility and balance. Practise balancing on one leg on a bosu ball in the gym. 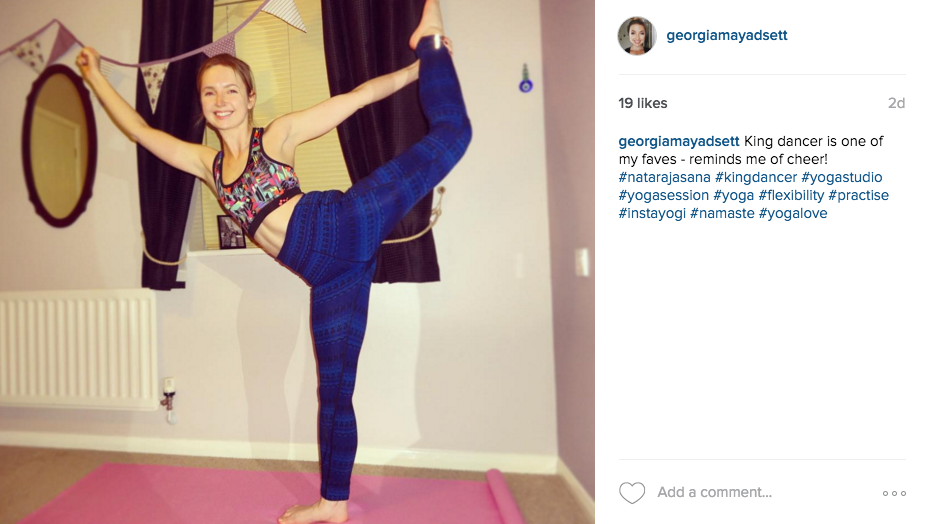 Ultimately though, the dancer pose (AKA Natarajasana) went down quite well — even without the beachy backdrop I managed to bag a respectable 19 likes. But with a whopping 1m followers, Sjana Earp’s long legs and Australian tan stole the show, smashing me out of the ball-park with 32.4k likes.

Handstand shots are always super impressive, whether you’ve got a gorgeous jaw-dropping background or not. But obviously, add a bikini and a beach background and you’re Instagram’s wet-dream. 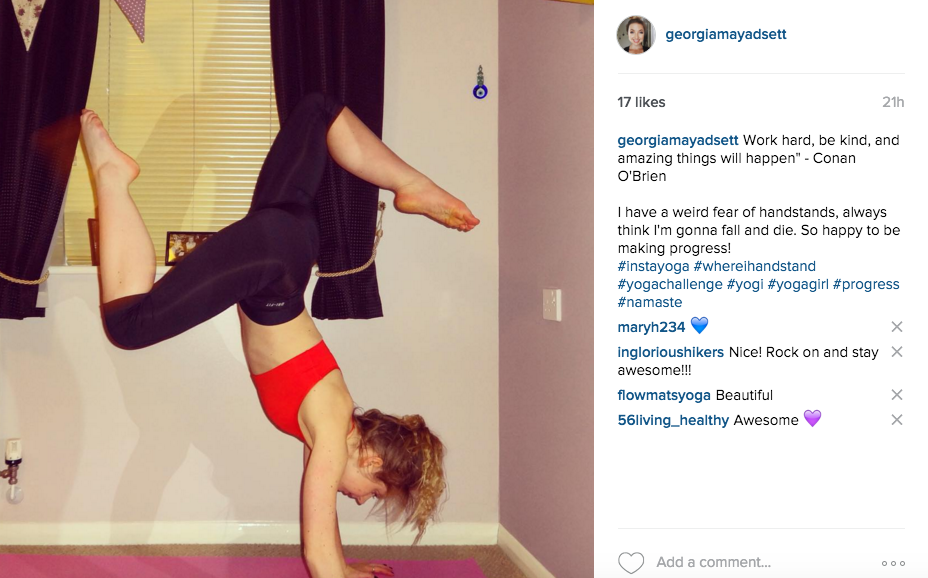 My first attempt looks pretty impressive but I was in the air for approximately one second. But then, I had a brainwave. I added in a cheesy quote and some “progress” chat and the likes started rolling in. It seemed that for the people with all the likes, like blogger Sjanaelise, thousands upon thousands of likes came hand in hand with inspirational quotes to complement your idyllic posing. 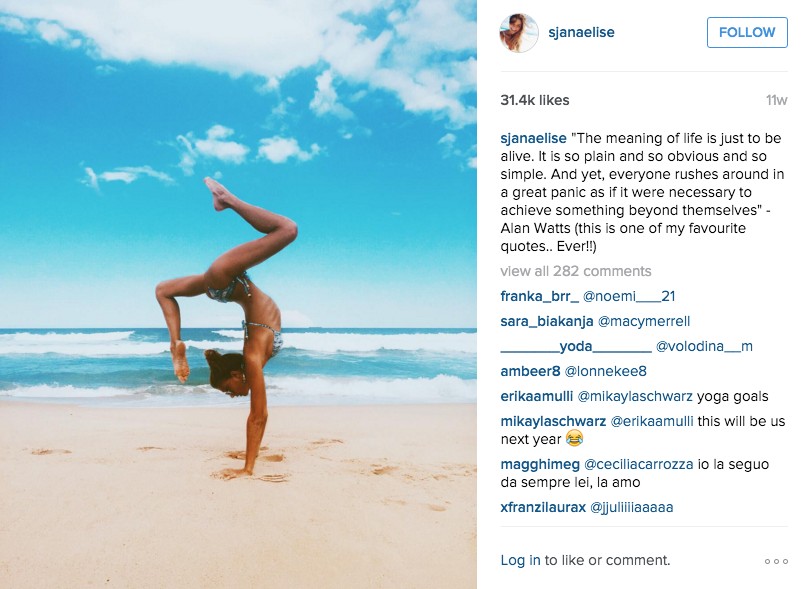 I gave it my best shot and got 17 likes for my efforts, not bad for a first attempt. I also received a few nice motivational comments. It was nice to see Insta could be so supportive even if you weren’t a world-famous beach-hopping ‘grammer. 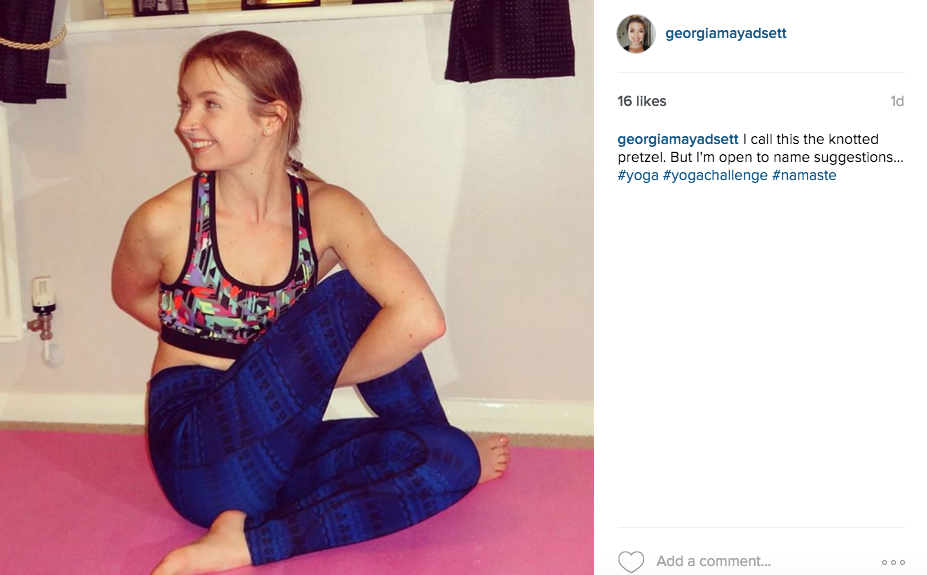 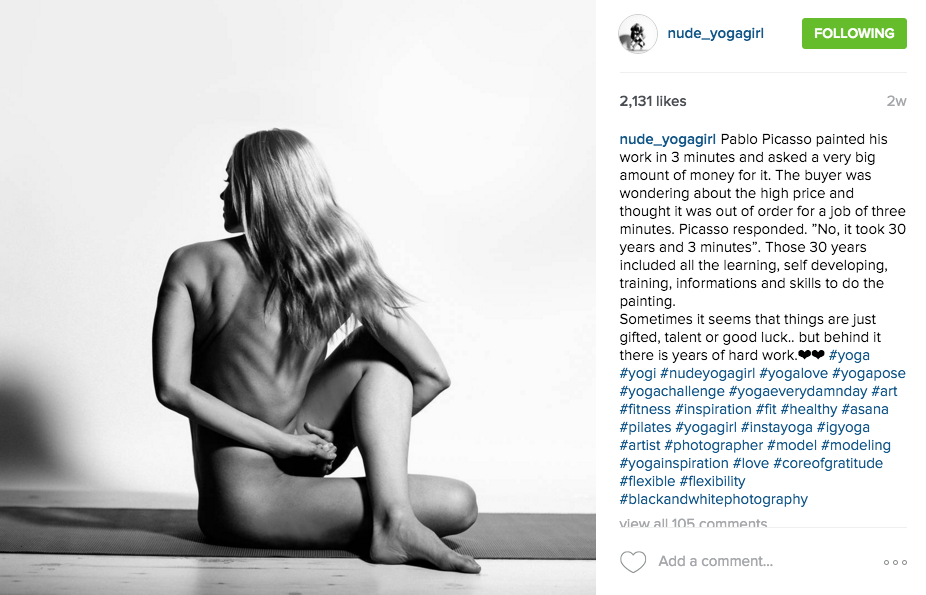 Search #nakedyoga at your own peril

This variation of the seated twist (AKA ardha matsyendrasana) is actually much harder than it looks, but once you’ve nailed it it makes for a great snap. I received 16 likes for this badboy, meanwhile @nude_yogagirl blazed ahead with 2,131 likes. 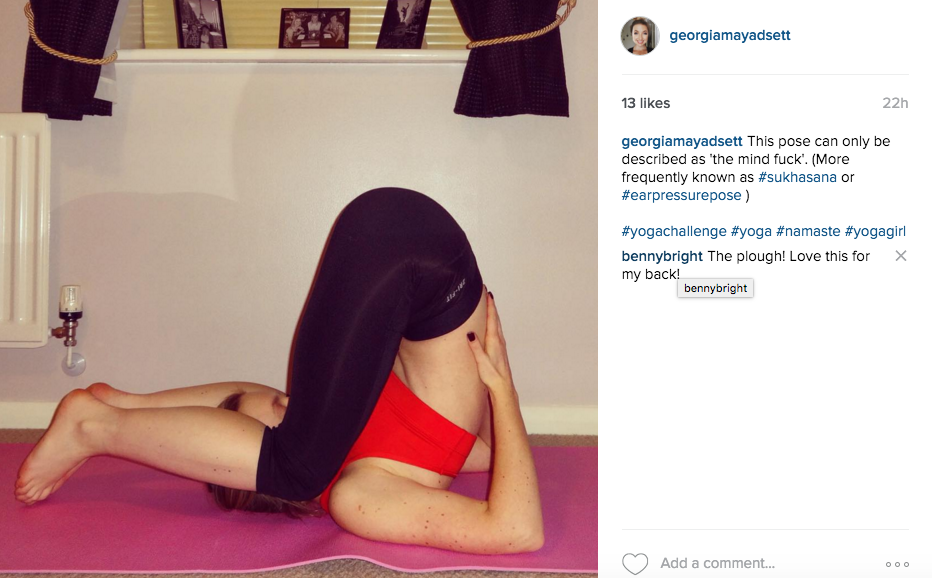 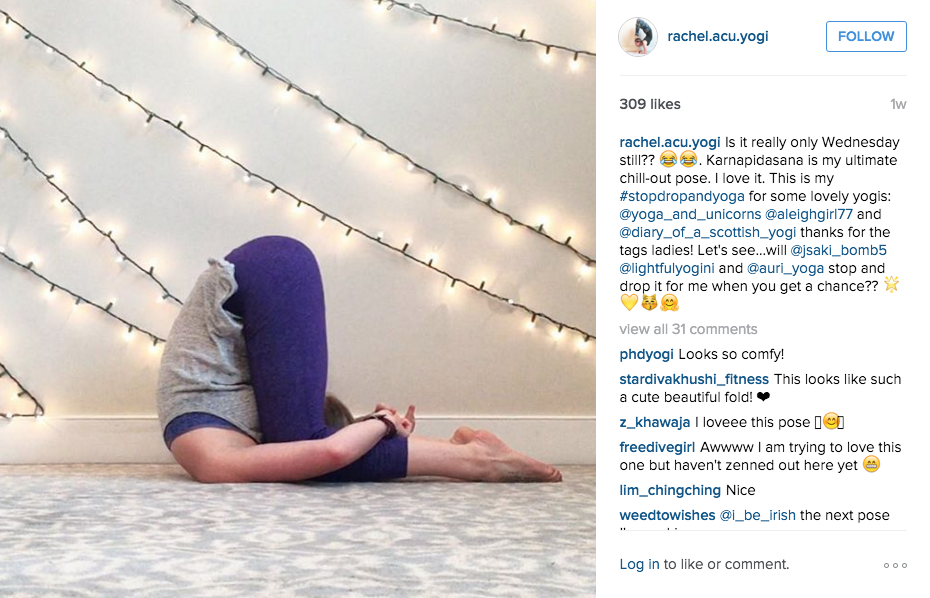 Jazz up your Karnapidasana with some nice fairy lights 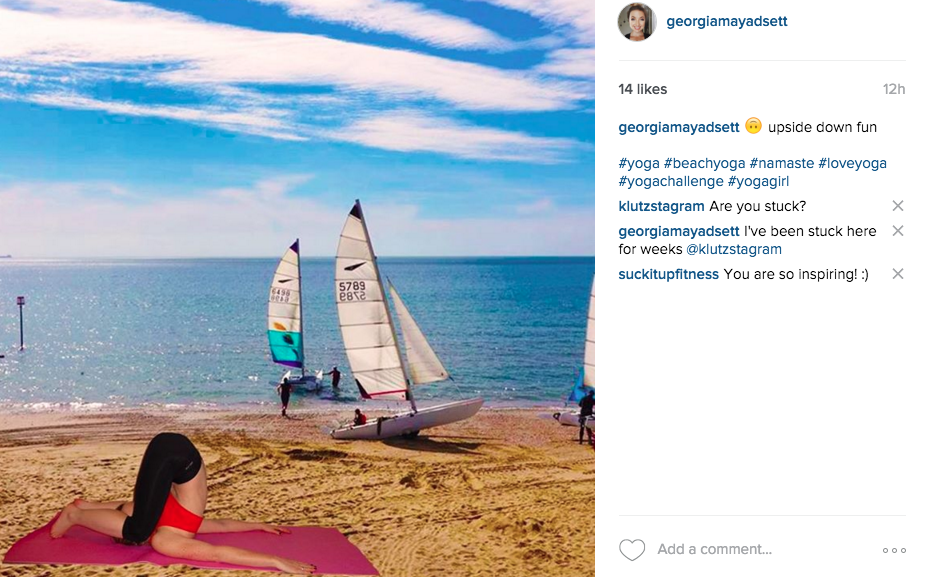 This pose looks freaky but it’s actually surprisingly relaxing. Here’s where I started getting creative with photoshop. I was surprised to find that despite my dire photoshop skills, a few likes still came rolling in. It seems that it’s not the difficulty of the pose which matters, but the backdrop, and how many hashtags you use. 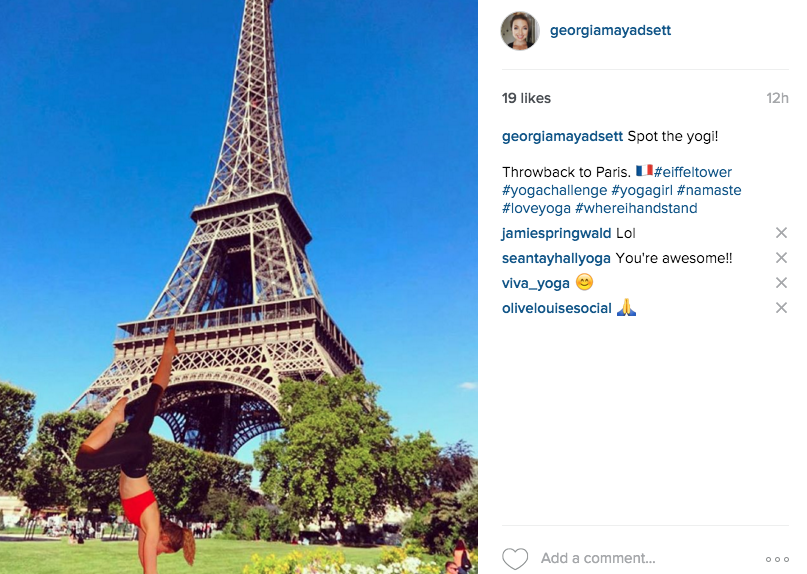 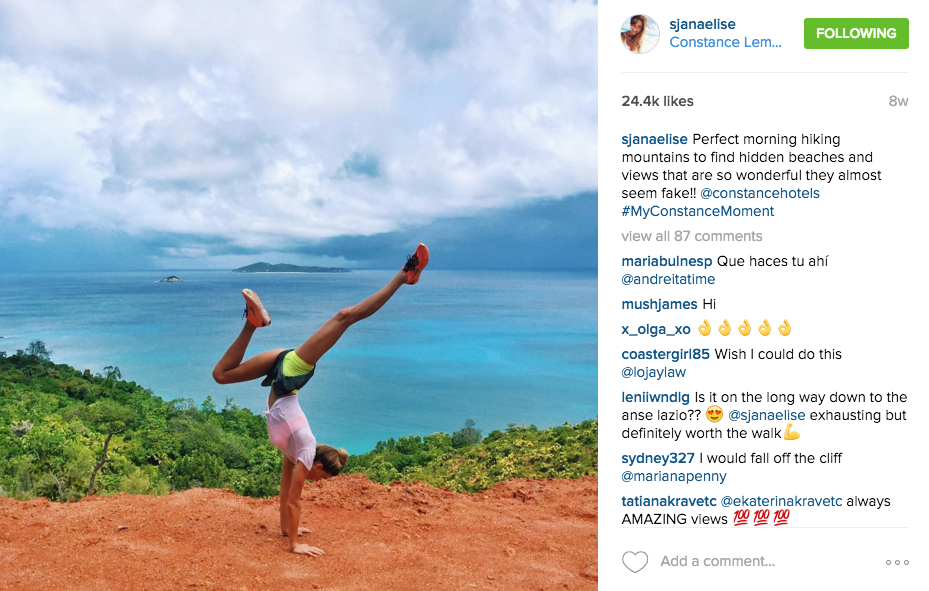 What’s that you say Sjana? Views so wonderful they almost seem fake? My fake Eiffel tower snap bagged me 19 likes, which is pretty impressive for me. Even better, I was gaining a few more followers at this point – the poor souls totally unaware of my misleading pics. 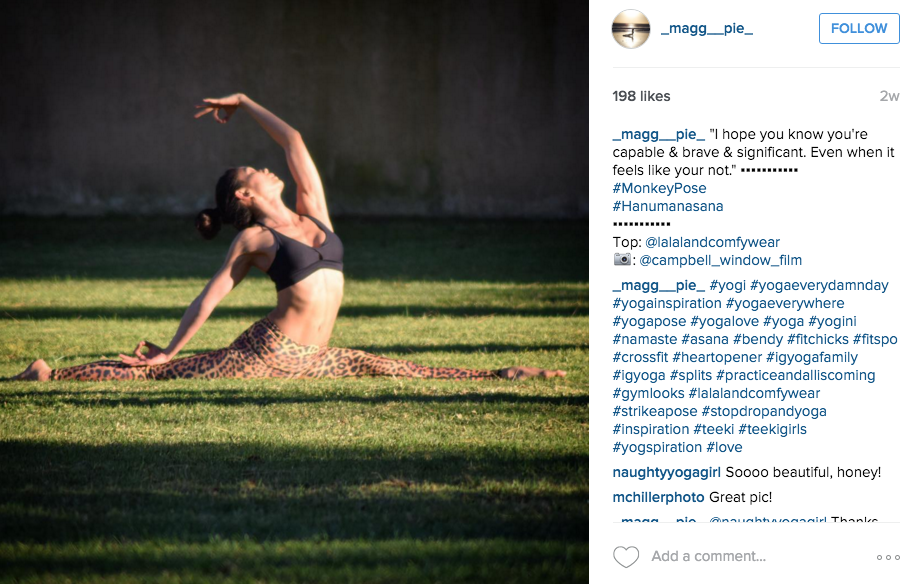 Much to my dismay the Monkey pose (AKA Hanumanasana) didn’t take Insta by storm, gaining a poxy ten likes. And it took a lot  of stretching, which left me feeling pretty hard done by. 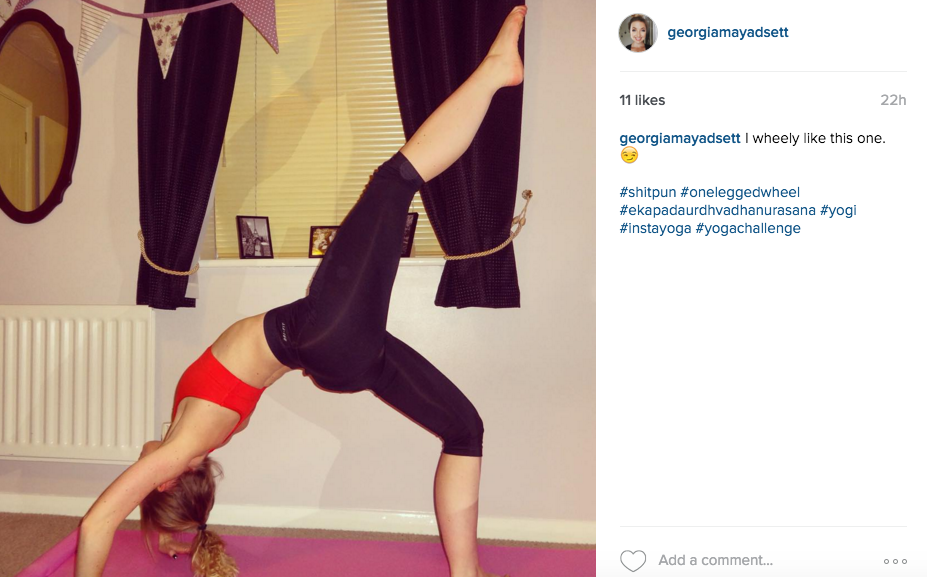 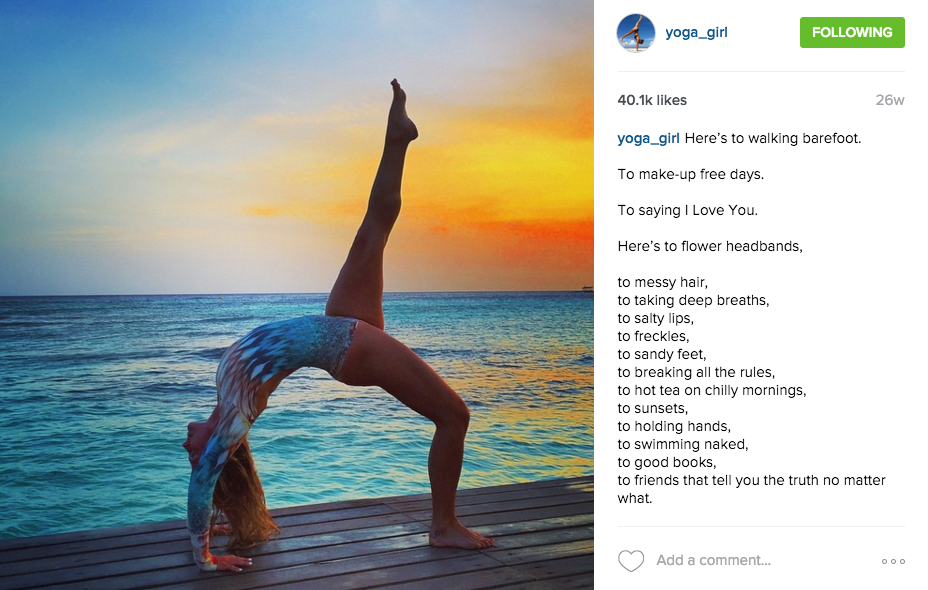 Despite the lacklustre reaction, I was pretty chuffed at how this pose turned out. But due to lack of a jazzy leotard and a dreamy sunset, was left trailing behind in the like department. I decided to rectify the issue with my final pose – by photoshopping myself onto a Fuerteventuran beach. 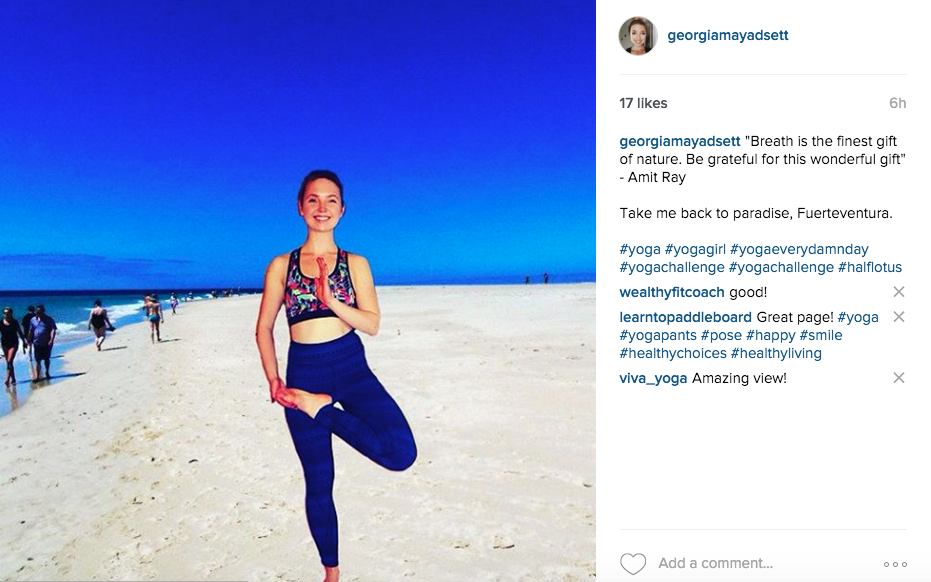 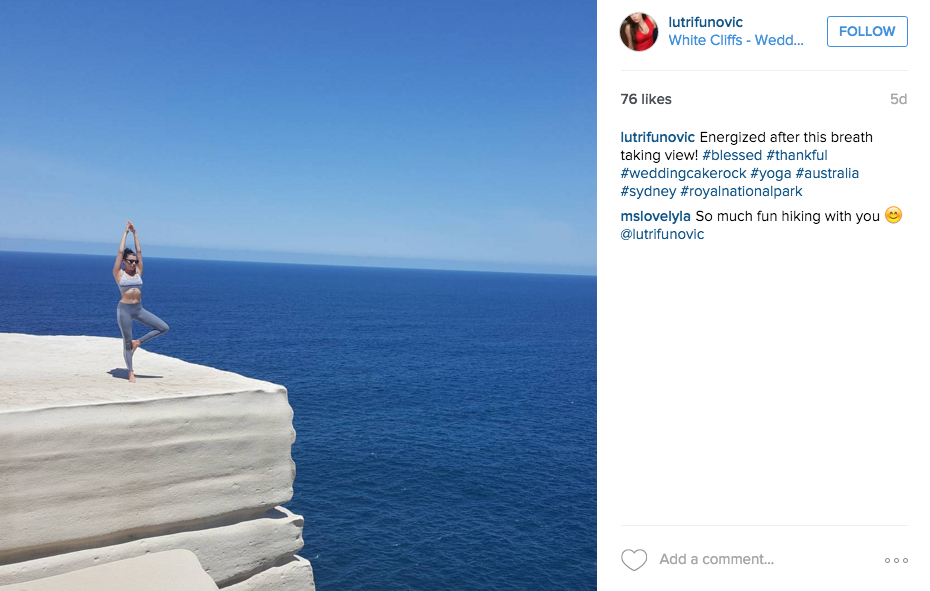 That view is pretty spectacular tbf

So what did I learn from this experiment? I gained 13 new followers in two days (totalling 264), and averaged 15.5 likes on each photo. It’s true that photos with impressive backdrops seemed to get the most likes, regardless of pose or skill, with my Eiffel Tower shot coming in at joint first with 19 likes. A cheesy quote bumps up the likes tenfold, but let’s face it — unless you’re prepared to go to exotic extremes to get the perfect shot, there’s not much point in bothering.