As of 10am this morning 512,662 people had signed a petition calling for Donald Trump to be blocked from entering the UK. Suzanne Kelly, who started the e-petition, said she was “shocked” by the support it has garnered. She shouldn’t be. An ethos is creeping into our society, large and slow like a glacial movement, and it encourages the weakest form of activism. It’s as simple as lending your email address to the cause. Two minutes registering your details and you’ve done your part. Yes, you can send me a weekly newsletter suggesting other petitions that may be of interest, I’m such a top guy. 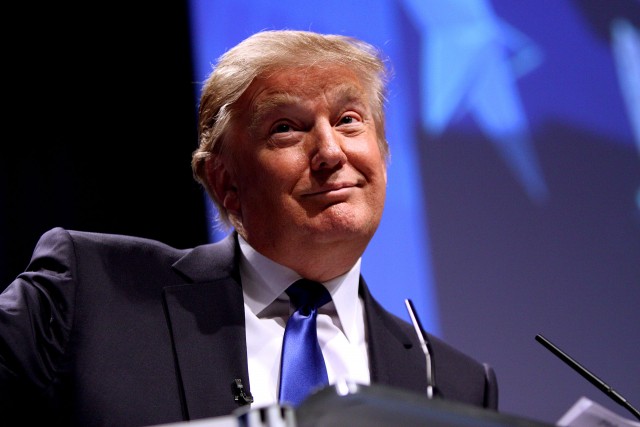 This behaviour means our MPs are actually going to have to discuss barring Donald Trump from entering the UK. Outside of the Orwellian problem of infringing on a person’s freedom movement because they said something you don’t like, the notion is totally detached from political reality. Everyone accepts that the toupée wearing burke is an idiot. He’s not going to become the leader of the free world.

But now MPS are being forced to talk about him. They’ve got bigger fish to fry. And you can bet the petitioners are the same people who constantly moan about the state of our Government these days. They’re the real problem. 512,662 people could’ve thought about what they were supporting. They could’ve donated £512,662 to a worthy cause. Instead they signed a petition. They may even occasionally share their toil of two minutes on their timeline to demonstrate their depth of awareness and understanding. It’s narcissism at its best – they want you to know they get it.

What was the previously most signed petition before today? Stop all immigration and close the borders until ISIS is defeated. 447, 546 signatures. The people who sign are not only short-sighted, they think what they’re doing is going to start a revolution.

They’re the hometown friend drinking stale Carling in Spoons. They’re the girl who does Journalism and runs her own blog. They’re the owner of a pop-up food truck. And they don’t know what they’re talking about.