A day out with Oxbridge at the Varsity Rugby

It was full of sixth formers

Oxford and Cambridge faced off in the 134th men’s Rugby Union fixture yesterday.

The annual varsity event, having been around since 1872, is the display of brutal rivalry between the two best universities in the country.

Your normal Rugby Varsity would feature streakers and chanting at polys. But Oxbridge play theirs at Twickenham – the home of English rugby. It’s clear to see why people from all over flock for this spectacle. This year’s fixture even included Wales International Jamie Roberts.

Sixth formers looking to win a place at one of the unis, current students, alumni, children and admirers all flock to the game. 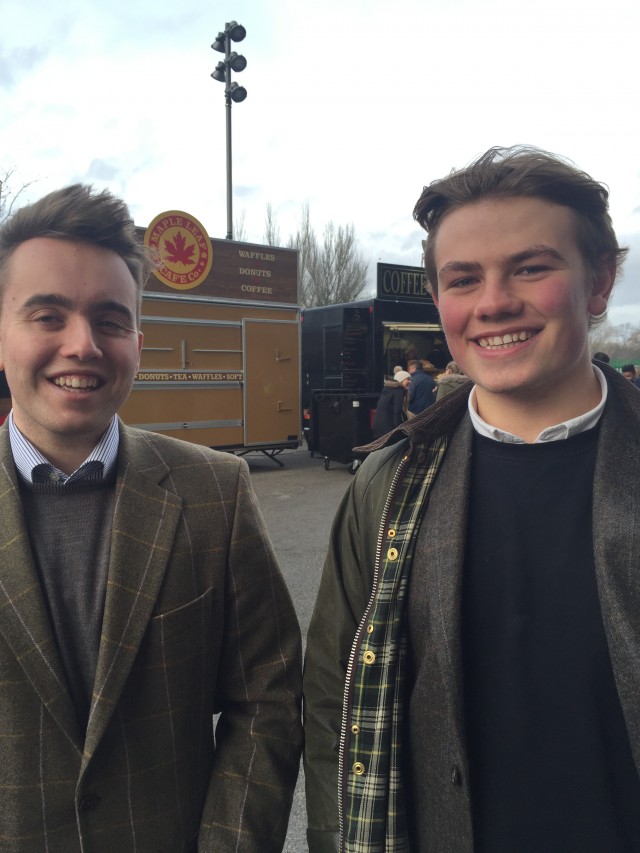 Do you think they vary in terms of sport? Who is better in your eyes.

Fred – I think Cambridge. It seems to have more prestige.

Fred – In my head it looks way cooler. 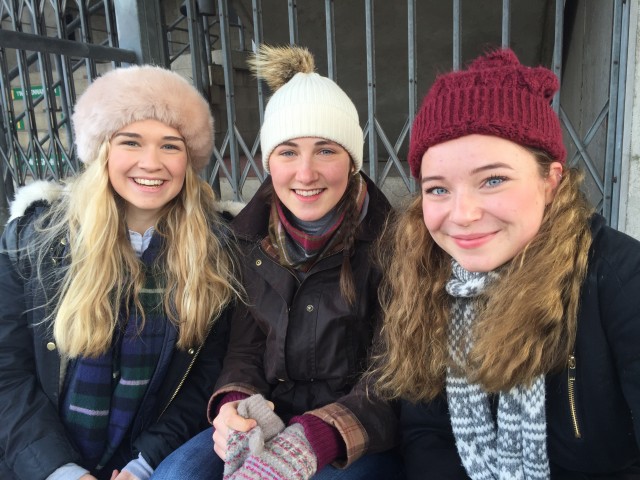 Are you applying to Oxford or Cambrige?

We’ve got friends that are.

Who are you here to support?

So you think Cambridge is worse for its stigma?

I don’t know. If I was to apply I’d go to Oxford – it’s older and better at sport. Cambridge is just academics.

What does Oxford have that Cambridge doesn’t? 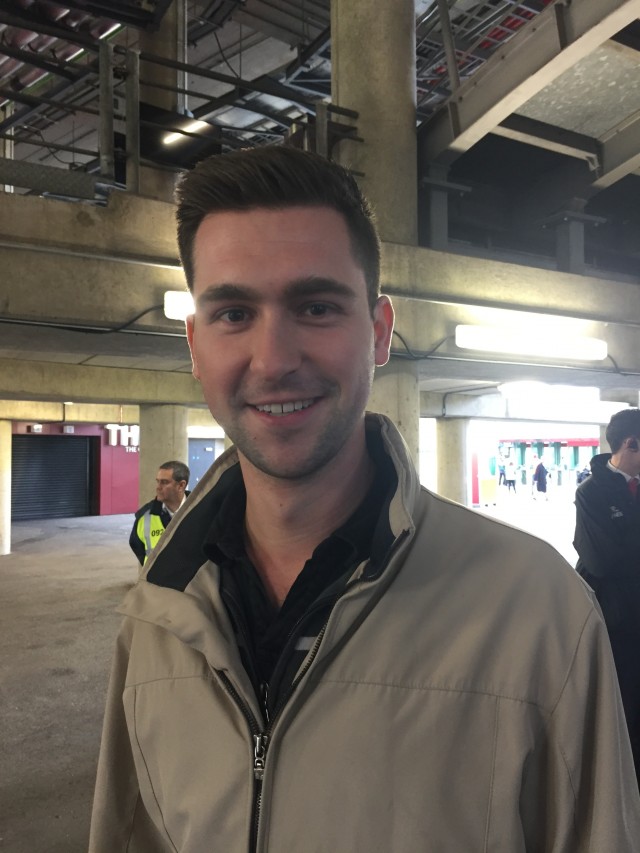 What would you say Cambridge has over Oxford?

I like the vibe. When I originally came from Canada to the UK I was going to go to Oxford but then i saw Cambridge and I love the vibe.

What’s the view of Oxford and Cambridge like back home?

Back home it’s all very equal – they’re both very prestigious schools so there’s no problem.

Why do you think there is one here?

Because Cambridge is so much better – granted I’m on the ice hockey team so I’ve got my varsity match in a couple months. 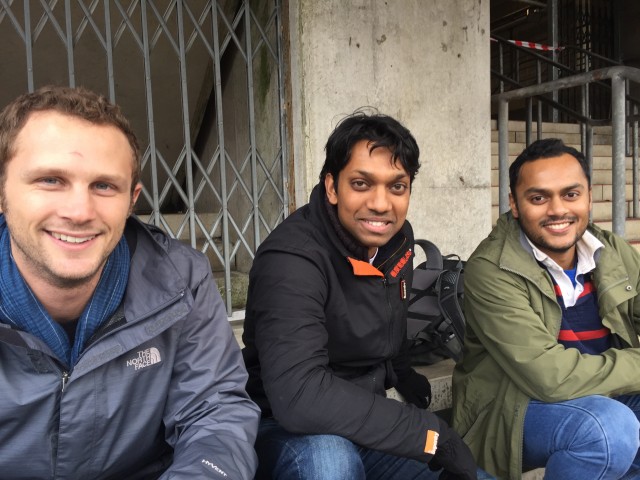 Oxford. We were all Oxford.

What does Oxford have over Cambridge?

Hopefully a win in rugby.

What attracted you to it?

More about the course for me.

It’s pretty much like chalk and cheese. Oxford’s a bigger town. You go to Cambridge and it’s dead and quiet and there’s nothing going on. Oxford is more of a city.

There seems to be a stigma over these uni’s – do you think Cambridge is worse for it?

I don’t think I’ve met enough Cambridge people to make a judgement on it.

Cam – I met this one Cambridge guy and he was a wanker so I figured they must all be like that. 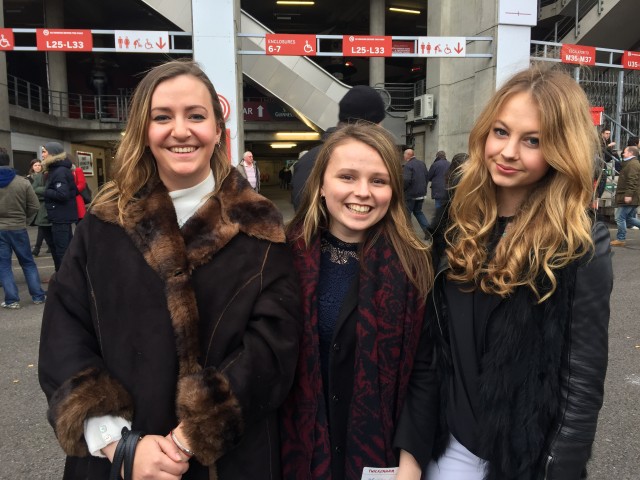 Oxford. And the fit rugby players.

What do you think Oxford has over Cambridge?

Its just a generally better institution. Its older. More prestigious. It’s more of a city and fun – Oxford’s got a better nightlife. It’s got a better student population. You’ve got Brookes and all the rest. With Cambridge it’s all the same – with Oxford it’s more diverse.

Do you think there’s a certain stigma with going to Oxford etc?

Emily – Yeah. But from the people who don’t go.

Edie – If you got to Oxford you’re seen as a twat.

And you don’t think that should be the case?

Edie – I suppose to a certain extent there’s always some, so maybe the stereotype is fair sometimes but not everyones the same. When actually Cambridge is worse. 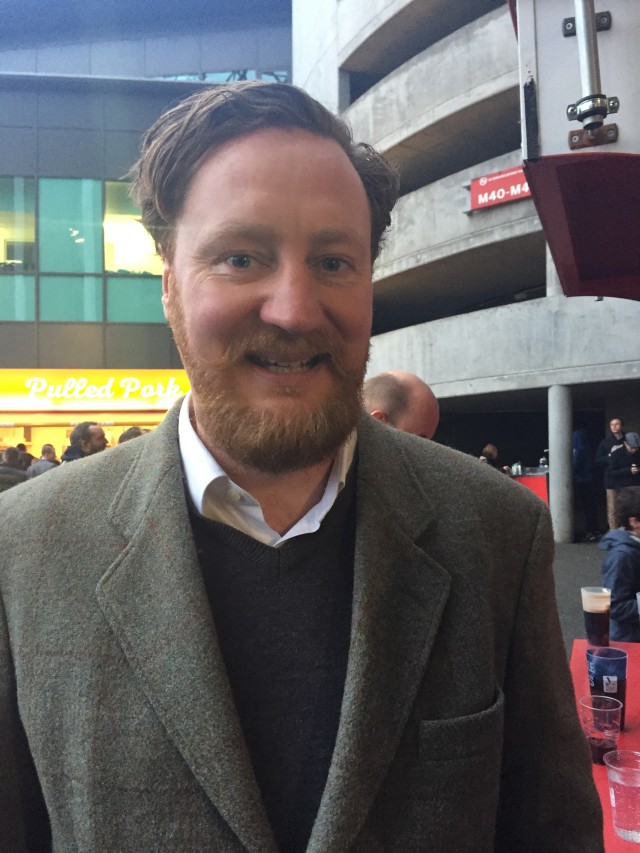 Did you got to Oxford yourself?

No but I always wanted to.

Get a good job after and all that? I went to Northumbria and I got a bad job.

There’s a stigma around students from Oxford – if you’d have gone would you have cared about that?

Don’t think so. I went to uni in Newcastle and I noticed there was a stigma there about students.

A similar sort of thing?

No no. I think Oxford’s more opulent than Newcastle. Students get a bad rep anyway, but they add value.

So what do you think Oxford has over Cambridge?

Oxford is a nicer city. But to be fair, Cambridge has got a really good Science Park. Cambridge has delivered more inventors right now. 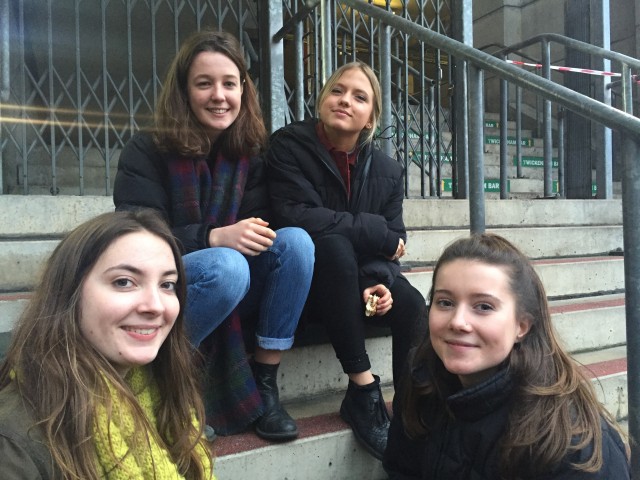 How come you opted for Cambridge rather than Oxford?

We do Architecture – you can’t do it at Oxford.

What do you think Cambridge has over Oxford itself?

There’s a certain stigma around Oxford and Cambridge – I’ve spoken to a few people today and they seem to think It’s worse in Cambridge itself. Do you think there’s a reason for that? And  do you think that’s a problem?

I think it’s worse in Oxford.

Anna – I really didn’t want to come to Cambridge – I thought everyone would be really full of themselves. People who went from my school were like that – but I’m happy I did I really like it. 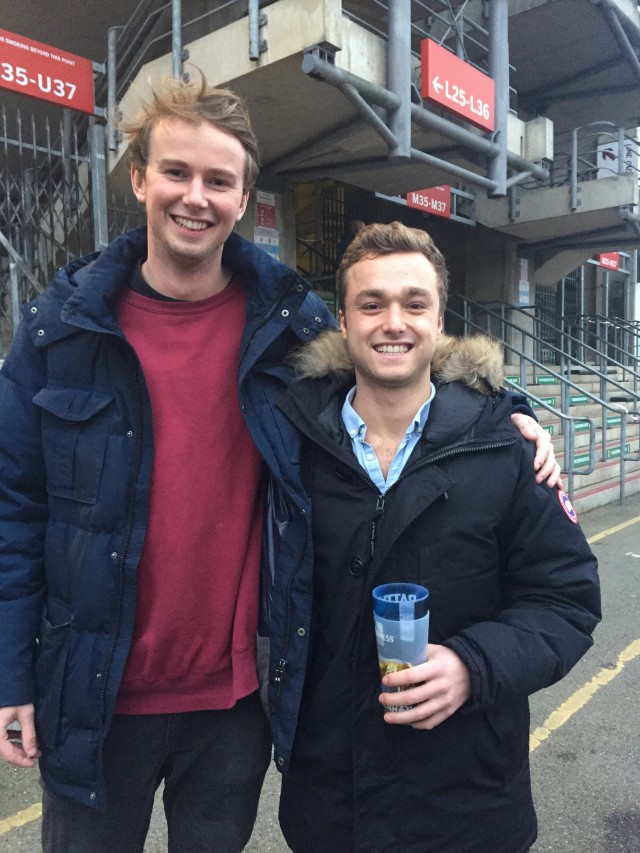 What brings you here today – who are you here for?

Andrew Grant – who’s playing second row – I went to school with him. so it’s pretty funny watching him on the pitch. He almost fucking scored as well.

What do you think of people from Oxford and Cambridge – surely you’ve come across some here today.

A number of my mates went there and they’re all fine.

Is it fair to say Oxbridge has a lot of posh idiots?

Nah I wouldn’t say so. I think you get that anywhere. Whoever you meet some people are going to be complete dicks.

When Grant was at school he was some short little fat dwarf, and he’ll admit that. Then he moved to Surrey, started growing, started lifting a bit of tin and now he’s a big old boy. So It’s pretty classic seeing him on the pitch doing that.

I went travelling with three girls from Cambridge, and they’re all good friends from school and very normal. Its not like you go there and everyone’s like that.