Send back those warplanes Mr Cameron, the NUS has spoken

It takes a lot to change the mind of a Prime Minister, his cabinet and MPs from all parties in the House of Commons.

But surely minds will be changing today. Following an emergency meeting, the National Union of Students voted unanimously in favour of a motion to oppose the UK joining in with the bombing of Syria.

The news, which will give hope to Syrian civilians alarmed at the prospect of yet more foreign intervention in their horrible civil war, was announced last night.

It came as a dramatic day in the House of Commons saw an overwhelming majority of MPs vote by 397 to 223 to extend airstrikes against ISIS strongholds in Syria.

The NUS National Executive Council saw things differently however and now, perhaps, those RAF Tornados will have to return to Britain.

In a statement resembling one of those long, juvenile Facebook statuses you woke up to this morning, they set the House of Commons and the world to rights. 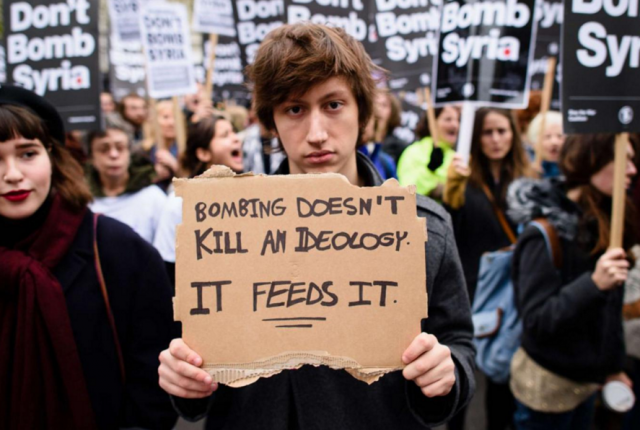 He’s made himself clear

The incisive military strategists on the NUS’ National Executive Council criticised “the lack of transparency regarding any military or political strategy following the proposed intervention.”

NUS International Students’ Officer, Mostafa Rajaai added: “This is a vote in support of Syrian civilians and against the further destruction of an already embattled population.” 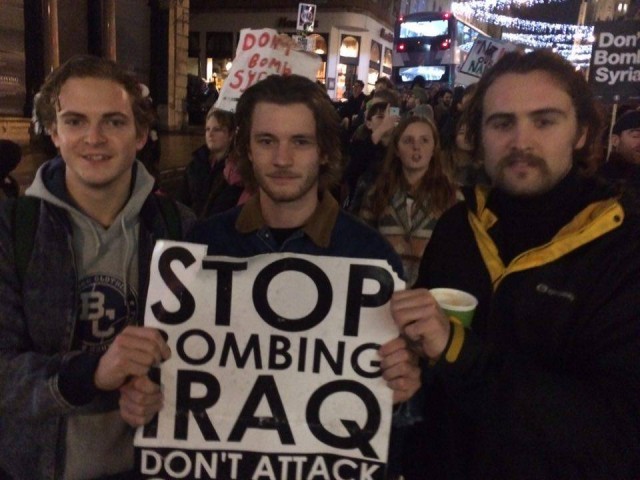 Rajaai’s support for the population of Syria presumably extends to those already being murdered by ISIS.

Civilians like the four gay men thrown off the fifth story of a building in June.

Civilians like the 82-year-old guardian of the antiquities of Palmyra, Professor Khaled al-Asaad, who was beheaded and hung from a lamppost in August.

Civilians like the 30 British tourists gunned down in Tunisia or the 130 Parisians bombed and shot last month.

Thankfully, they’d all have been alive long enough to note the NUS’ refusal in October 2014 to condemn ISIS because it’s “Islamophobic”.