All things considered, doing DofE Gold is quite weird

Granola bars and tent poles. The Peak District and Snowdonia. Walking. Lots and lots of walking.

All of this and so much more to receive a certificate from an elderly racist who will probably never, ever die. We spoke to three people who didn’t want to stop at Bronze or Silver. People whose CV’s completely shit on yours. 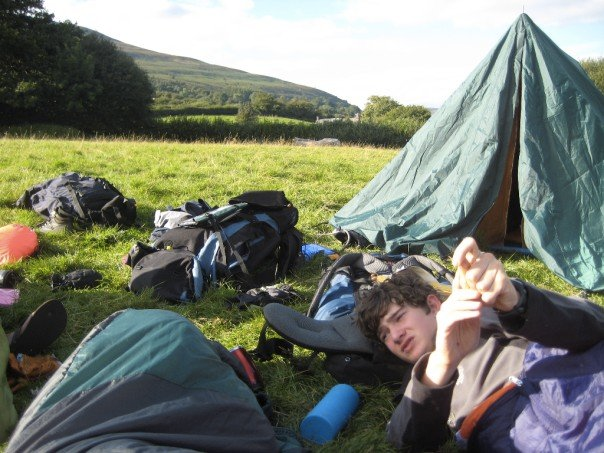 We went to Snowdon for our expedition. The whole thing had been plain sailing until we were told the day before a weather front was closing in, giving the area the worst weather they’d had for 22 years.

Our leader, a short wiry chap from Wales who looked the mole from Dangermouse and ran up Snowdon every morning, seemed pessimistic at best. Our group survived ok but I’ve never been more sodden in my life. Nothing was dry for a good four days.

Other teams weren’t so fortunate. Several people caught hypothermia. One boy when he got to the campsite walked straight into the shower, turned it up to molten hot and kept all his clothes and even his bag on because he felt that cold. They couldn’t get him out for 20 minutes and he had to be wrestled out by the whole of his group. 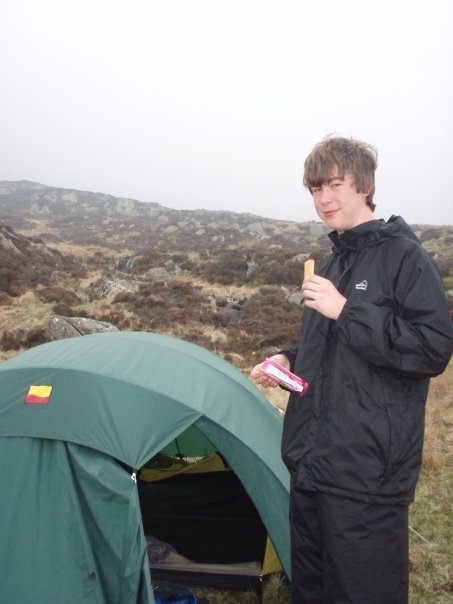 One of Tom’s mates with a delicious cereal bar

Another team, at the top of the mountain, had to be saved by mountain rescue. They had a guy called Chi-Yeung Chan who caught hypothermia and got taken to hospital. When our teacher picked him up, he had recovered but obviously needed some food. Dom, our teacher, took him to the post office. Chi stopped him and said: “No no Dom, go round the corner, there’s a chinese takeaway.”

Chi had never been to Wales before let alone Abergavenny. But he was right, there it was. Dom asked him what he wanted and was about to go in. Chi said: “No Dom, I’ll go I’ll go.”

Chi walked in, spoke fluent Mandarin to the owners and told them the full story. They sympathised with him. He got 40 per cent off his food and enough goodies to feed the entire hostel of 60 people. When we finished the next day, everyone who had to quit because of the weather was full of chow mein and there were empty takeaway wrappers everywhere. Chi became a bit of a legend after that. 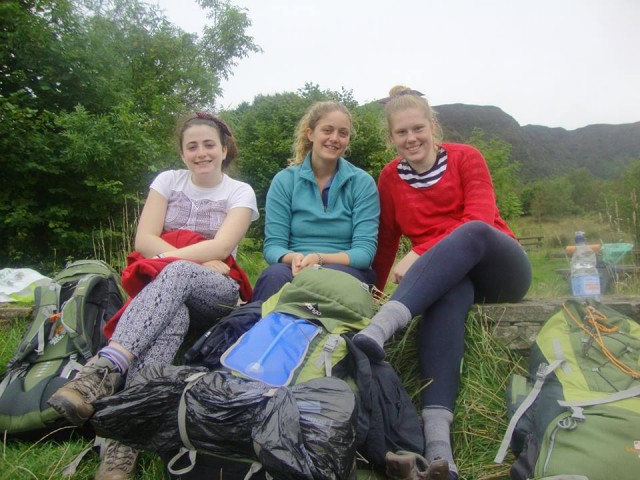 How DofE is this?

I only really did it for my CV, the main reason everyone does it.

The expedition meant camping in the wild for four days without showering. It was pretty horrible. We went to mid-Wales but it would be more accurate to describe it as the middle of nowhere.

On our last night we set up camp in this random field. I set my tent up in a massive mound of cow shit without realising it. We were like “what’s this mushy thing underneath us”. It hadn’t rained or anything so it took us a while to figure out what was going on.

All of our problems revolved around cows. Cows are always angry and they always get in the way of you when you’re trying to get somewhere in the country. They’re surprisingly big animals. You’re not scared of a cow until you come face to face with one. 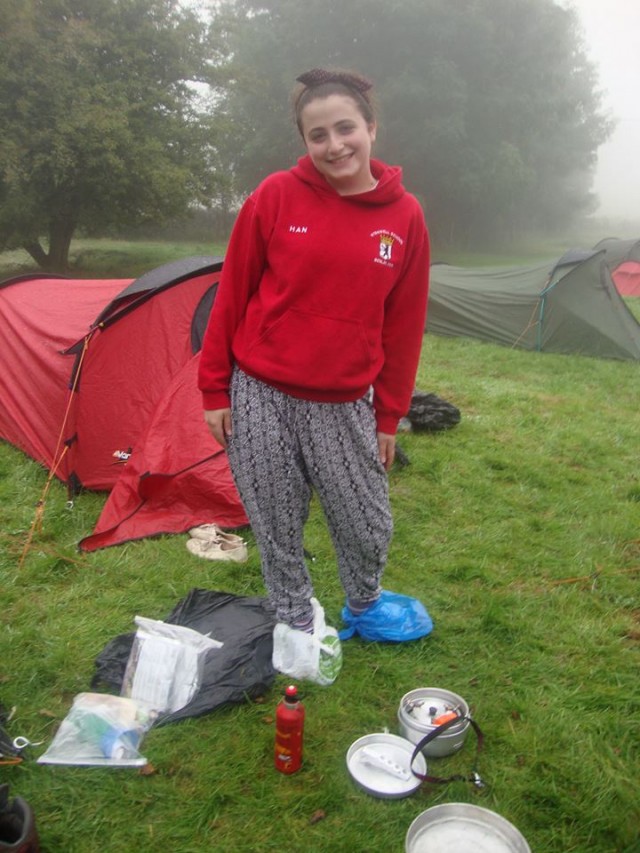 We had a frustrating day when the cows blocked the path we were trying to cross and we had to wait for a group of guys to forcefully herd them away and rescue us.

Getting the award meant going to St James’ Palace and standing in this huge room waiting for the Duke to arrive with all the people from my region who did DofE. You wait for ages and a minor celebrity entertains everyone. We had Nessa from Gavin and Stacey there. They rolled out the big guns for us I guess.

The Duke comes in, chats with you for a bit and then leaves. If you’re lucky you get a photo with him. I think he asks everyone the same questions. He didn’t speak to me though. 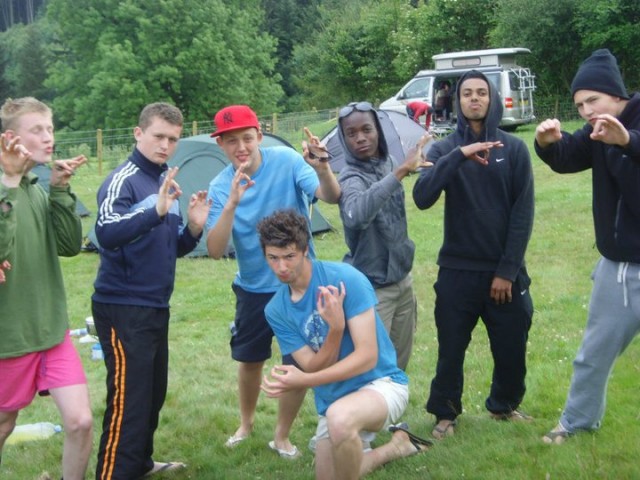 Arun’s rocking a black hoodie, second to the right

I only did DofE because my mates were doing it, I was like “why not”. I was never too bothered about the CV points. The majority of people don’t even finish it anyway, it is actually so long. I was in it for the camping really.

We went to the Peak District. The only thing you do is walk for fucking miles with tents on your back.

I went with a guy called Uwais. Honestly I’ve never seen anyone have so much trouble with walking – something you do on a day-to-day basis – he was atrocious. I know it was hours on end but this guy was ridiculous. 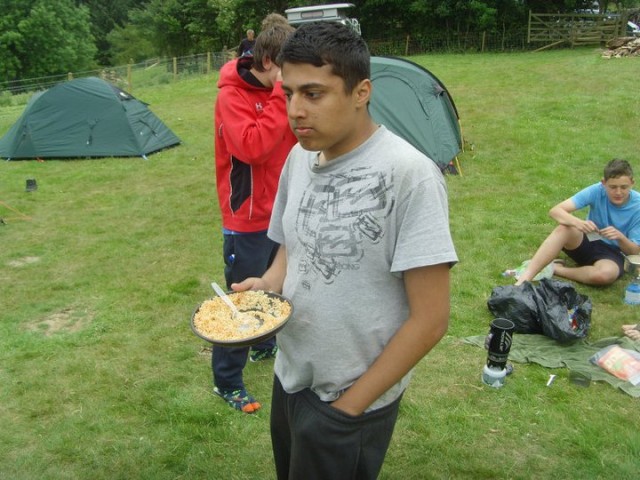 He was struggling with carrying his bag and it had the poles from his tent and other heavy stuff. So three of us carried his stuff for him. I ended up with a bag on my back and one in a sort of breastfeeding position on the front of me.

Uwais was so unfit and he only brought enough food for one day – a bag of nutella sandwiches. We set up camp one night and he was exhausted and dehydrated. We gave him loads of water. He reached this point where he was completely fucked – ill, covered in blisters and everything.

He turned to me in the tent and said “mate, I feel really ill, I think I’m going to throw up.” I grabbed a plastic bag and he threw up in it. Of course, the bag was full of holes. I will never be able to explain how bad it smelled. This was towards the end of the trip.

Overall there were many times where I was like “fuck this, what am I doing.” But we did have a lot of fun.