Actually, right, it’s a really important indicator of how attractive someone is, yah

You know that saying “what’s in a name?”, where people try to convince you it doesn’t matter what something (or someone) is called, they’re still good? Everyone kind of knows that’s not true. Actually, names matter a lot. It’s your first impression even before your first impression. It makes you want to look them up on Facebook. “Who’s coming tonight? Oh yah, nice name, Hugo’s little brother? Oh wow, they must be a beautiful person”. But what name is best? Probably one of these.

The name “Frederick”  conjures up memories of your uncle Fred or a pretty average family run chain restaurant. But don’t be fooled: Freddie (always “ie”, not “y”), is undoubtedly the hottest guy in the room. He’s effortlessly well dressed and just seems to knows everyone. He plays a bit of sport, but not too much to let it define him. Dark haired and dimple cheeked, the ladies love him because he’s a flirt, but he’s also a gentleman.

Archie comes from a long line of fellow well-built upper middle class men with floppy hair. He has unscuffed boat shoes and clean chinos. Archie is the fit posh boy that all other ugly posh boys aspire to be like.

Cheeky Charlie. Everyone loves Charlie, he cracks a joke and the whole room is loving it. He’s never really angry and is the one talking you down when the bouncers threaten to throw you out of the club. At his peak in large groups, Charlie is affable and smiley, and probably does that thing where he runs his hand through his lovely hair quite a lot.

Dependable Harry is the life of the party. You might not have seen him in months but he still greets you like an old friend at the bar and buys you a shot. There’s something about his easy-going ways that make him seem infinitely more attractive, plus he always just seems really interested in what you have to say, you know?

Blonde and tousled, Alfie is a charmer. He always carry some of Jude Law’s Alfie sparkle around with him, and his smooth received pronunciation is like music to the ears. It’s a name which works well at any age, and like lovable Alfie, matures like a fine wine. 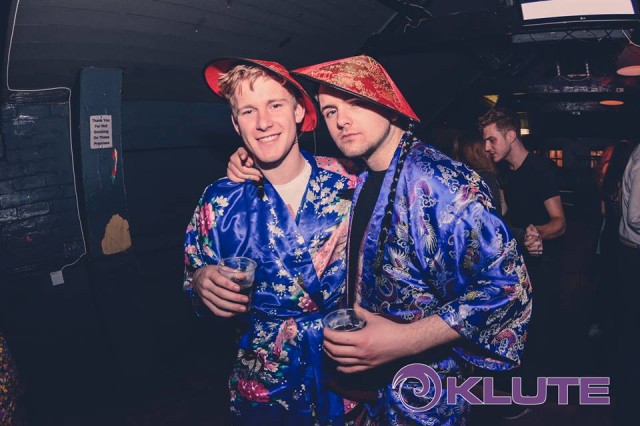 Fitter than all other variations of the name “Oliver”, Ollie is fun, he doesn’t take himself too seriously. He’ll hang out in the smoking area with you. He wears hats, maybe backwards snapbacks, maybe beanies.

Owens are never that tall, but are really toned, well proportioned and have a nice smile. He’s the kind of guy you want to take him to your mum, but has that cheeky glint in his eye that keeps you on your toes.

Smart, funny and fit, Josh is the triple threat guy. Also he’s much more laid back than Joshua (although his mum probably calls him that and there’s something quite attractive about that).

Wears Ellesse jumpers, is probably a DJ or in some kind of band. Is very southern, but goes to a Northern uni like Leeds, Newcastle or Manchester – and owns the place.

Oscar, or Oskie, as you’ll come to refer to him is the quintessential countryman you’ve been dreaming of. A good mix of intellectual and fun. Shooting, reading, flirting are what he does best. But when the weekend comes he gets down harder than the rest of us: he knows the DJs, the dealers and you can always trust Oscar to throw the afterparty. He has the aesthetic to match: fair tousled hair, round rimmed specs and an excellent selection of Ralphies.

Miles did a PhD at UCL. He wears a lot of Paisley. He drinks red wine and talks about Kant. You want to make yourself sound smarter so you can talk to him.

Jared’s a badboy. He’s the kind of guy who will break your heart but you will love every second of it. He’s got cheap highlights and wears questionable clothes but can annoyingly get away with it, and you will always answer his drunk texts despite your better judgement.

Kind of like “Jack” but less mainstream and a bit more fun and out there. Like Jake Gyllenhaal but in Donnie Darko, not Jarhead. He probably has very very blue eyes and wears ripped jeans and has a hazy nineties aesthetic

He’s sexy, but in a nerdy way. He’s unassuming, unthreatening, a safe pair of hands.

Seb finished uni at Durham and now he’s an estate agent back home in Chelsea. He’s got a cracking jawline, dark sweeping hair and a suspiciously bronzed glow all year round.

Since people stopped making “Smelly cat” jokes Phoebe has blossomed. Phoebe is the kind of girl who has her life put together. She’s got a spark. She might have crimped her hair when she was younger and had a rucksack which had “Phoebe” written on it in gel pen. She does what she wants.

Chloe just got back from the south of France. She has spent the last week strolling around the pool in her white one piece. You can tell from her bronzed legs that seem to go on for miles and her sunkissed locks.

Mel lived and died with the spice girls, it’s M-e-l-i-s-s-a now. Melissa is a name which needs to be sounded out in full. Melissa is sophisticated and always turns up to seminars in a smart coat.

Poppy’s from Guildford, Poppy has a Golden Retriever, backcombs her hair and wears vintage Levi’s – denim jackets in the winter and cut-off shorts in the summer. The aesthetic is classically English, like Cath Kidston or a scone. Her Dad’s ruddy jowls and affinity for Port are truly terrifying, but if you can shoot a partridge and pull off a tweed three-piece, you’re onto a winner for life.

Livvy, Liv, Livs – the name just rolls off the tongue doesn’t it? Livvy’s got her tongue pierced, she’s skinny, blonde, she’s got very big eyes. When she lived in Oxford she used to wear Hollister and Ralphies, but now oversized Adidas sweatshirts and North Face puffer jackets are her jam. Her dainty hands are weighed down by silver rings, she picks at her chipped-varnish nails in an endearing way.

Often overlooked, Lucy is still a special snowflake. You might be more at home with a cup of tea and a film than you are on a mad one, but you know what Lucy? We’re down with that. Lucy is a multilayered character. One minute she’s the take me home to your parents in three months time, the next she’s saying she won’t leave the night out till at least six am. The small town girl in the big city, it’s not overwhelming, it’s an opportunity.

Daisy’s different to all the other floral names — because it’s better.

Sophie’s got blonde hair, a nose ring, and a Facebook photo of her and a heavily sedated tiger cub on her Thailand gap year. Soph, for short, now studies Geography at Leeds and flippantly plays lacrosse in her spare time. She’ll also cheat on you with a flanker called Harry. 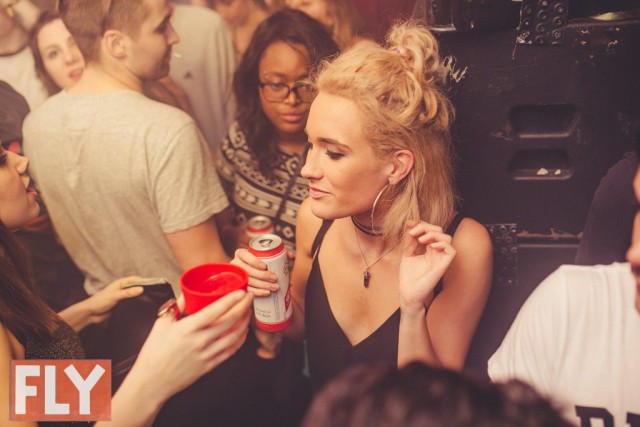 Millie’s a classy girl. You won’t find her necking a pint in the pub, she’ll be sipping on ice cold pino for pre-drinks. She “doesn’t get” house music, and prefers going out for brunch and watching MIC.

Harriets are uptight and boorish, while Harri gets confusing unless it’s written down. You can’t go wrong with a Hattie. They’re more fun than the Harriets of the world. While Harriet’s at the side of the dancefloor on sports night silently judging everyone for the effort they put into their costumes, Hatty’s in the middle of a scrum of people, hands full of VKs having the time of her life.

She is hot, Francesca, but only when she shorten it. Otherwise it sounds too much like flan, or Cheesie. Francesca is more sexy, it sounds so Italian, like you’re going to hop on the back of a vespa to nip down to Piazza Garibaldi. It says 26 and balmy, sipping a cappuccino with Vincenzo on the banks of the Tiber. Fran is more lukewarm cup of tea in a dirty Fallowfield kitchen.

Your typical West London girl, graduated from Warwick and now lives in Putney. The sort who goes out wearing a guy’s shirt and a belt. She knows a lot of famous people, but she can’t see you tonight she’s drinking with her school friends who for some reason don’t have jobs but have loads of money but it’s fine because they’re all lovely people. You dream of the day you get invited out with them all, but that will never happen. Now she’s locked her facebook. Sorry mate, it was never meant to be.

Eleanor isn’t it. Nor is Leanor or Nora. Ellie on the other hand, much more fun. There’s something about the upward inflection on the end of your chosen nickname which makes you think of weekend jaunts to Europe and unanswered booty calls. Ellie doesn’t need you, she doesn’t need Netflix and chill or anything less than airy bedrooms and a friend-with-benefits called Seb or Lawrence.

Laura’s the fun one. The party bully, if you will. This life and soul of the party makes sure there’s a drink in everyone’s hand and a number for a dealer nearby, regardless of where you are. She’s got hoop earrings, works in a make-up shop and used to be a promoter. Never with enough time for you though, she’s too busy working the room. Just when the time comes that you nail her down for a 10 minute chat to tell her how you quite like her and would love to take her for a drink on Thursday, her phone rings, there’s another party she needs to get to.

Floral names score highly, and Rosie is no different. Unlike Poppy and Daisy, Rosie hasn’t quite gone edgy enough for a wonky nose piercing and sportswear wardrobe, and she’s better for it. Cute and chatty, you just feel like she really makes an effort, you know?

She’s as difficult to understand as her name is to pronounce. She’s fun, she’s cute and she’s always up for a large one. You won’t catch her dead in trackies and no-makeup, she’s the queen of glam. On her uni nights out in Belfast she rocks bodycon dresses and sky-high stilettos and even wears eyelashes to her lectures. 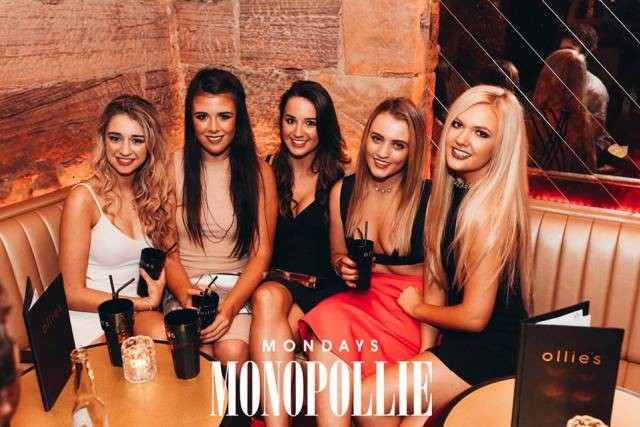 At school you were the one that got away, and we’ll meet up for drinks every so often now and mull over what could have been. But now you’re studying Finance at Exeter, and you’re probably spending your free time getting Nando’s Pete off your course. Why, Jenny, why?