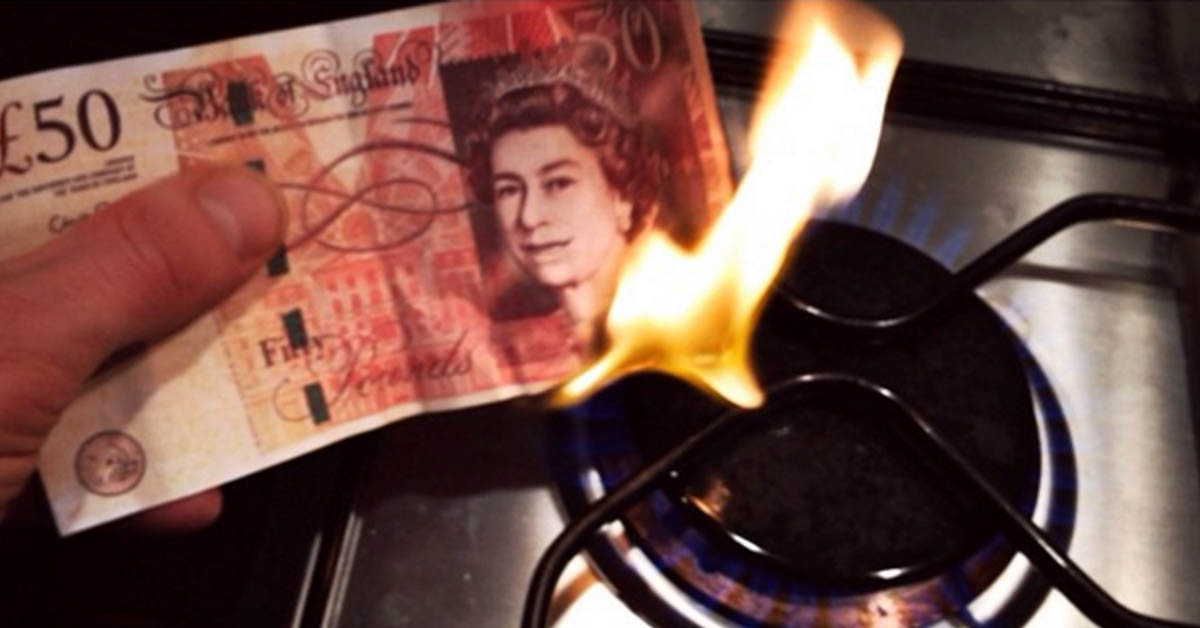 Brooke Purvis, a 38-year-old student at Central Saint Martins, said he was going to burn all of the money from his student loan. He claims he will burn it all and film it, but not in front of a live audience, as part of his project “Everything Burns”.

He’s asking us think about important money really is. After all, what is money?

It is done. #money #art #artist #burn I'm lucky enough to have a job that pays a little more than the minimum wage, it took 6 hours of my labour to produce what we believe to be £50. If £50 were to be back by its precious metals, in this case sterling silver, which money is supposed to be backed by it would in actuality be worth £7930.39. It takes a person 7.55 hours to earn £50 at minimum wage. It takes the lowest paid investment banker roughly 3 minutes to earn £50 #anarchy #value #revolution

I’ve seen a lot of lukewarm takes on this one, mostly saying he should donate the money to charity or give it to a homeless person or something. But would a CSM student donating a few grand to Cancer Research warrant a Vice interview, or would it be in the mid section of his home town’s chronicle? Exactly.

This is just an art student doing art student things under the guise of semi-viralness being equivalent to a CSM first. The line that describes him and “a witness” watching multiple twenty pound notes that irritated the HSBC worker no end to withdraw burn slowly in a forest is the bleakest thing I’ve ever read. If he fails at least he can get a sad short story out of it.

This is just a Tory trying to fulfil his wet dream of being on the i.D ones to watch list. Ignore him, and I bet he won’t even go through with it. Do you know how many vintage reworked Nike sweatshirts six grand can buy? A lot. Let him stew on it. Give him no more attention. I’ll wait with bated breath for his blog post telling the world why him pretending he was going to burn money was the actual performance art. Yawn.