I dance on boats in music videos all over the world

Dancing on an airfield with Ellie Goulding and flying off to Greece for a shoot, Robyn Bevan is making a name for herself as a Candy Kitten and music video star.

The 23-year-old dancer was one of Jamie Laing’s models and even used to live with Alex Mytton from Made in Chelsea.

She can be performing with live snakes in sub-zero temperatures, and dancing on boats to tropical house in the Mediterranean just days later.

We spoke to Robyn about what it’s like to be in music videos for a job.

Robyn told The Tab: “I’ve just got back from shooting in Corfu for three days.

“The record label flew me out there and I got to stay in a big house with Air BnB.” 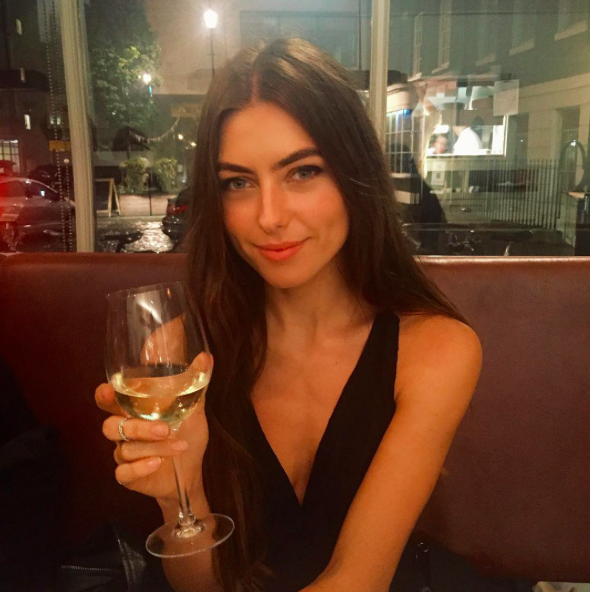 Robyn has been in videos for Ellie Goulding, Conor Maynard and Infinity Ink

Robyn was over in Greece performing in the video for Thomas Jack’s Rivers, where she played the main role.

She said: “Sometimes I’m a backing dancer and sometimes a lead, it varies.

“But I film so much and then sometimes only a clip is shown.

“The recent shoot in Greece was amazing and actually one of my favourites.

“It was such a nice team which helps me to be more natural on camera.

“All I used to watch was music channels as a kid and it was always my dream to be in the videos.”

Robyn thinks a lot of people get the impression dancing is easy, but says they’ve got it all wrong.

“It depends on the music video, yesterday I was doing really intricate arm movements.

“The hardest part is the waiting around. We did our first scene at 10am but didn’t shoot again until 7pm.

“Directors take a lot of cuts, but it’s funny because in the end I might only appear for a split second.” 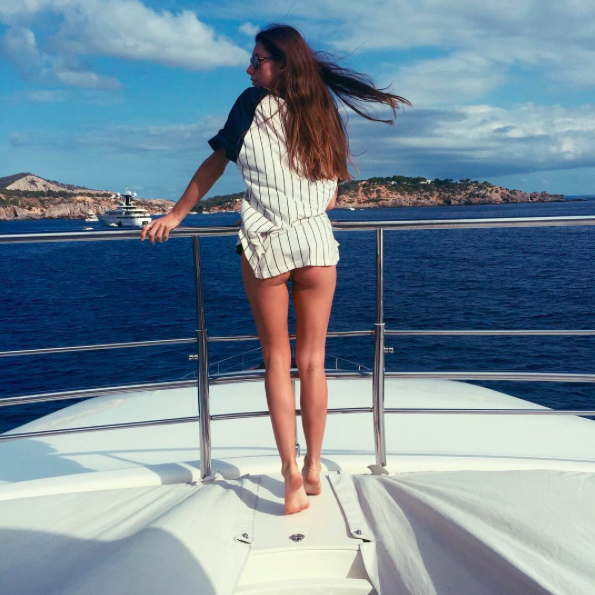 Modelling and dancing has taken Robyn to Greece, Normandy and even as far as the Middle East.

She said: “I went to Dubai for three months on a dance contract so lived there from January to April.

“But it’s not always glamorous. Yesterday I was in a basic warehouse in London, nothing fancy, but there were props to make it look good.

“Doing my job I do get to travel and do something different every day, which is the most fun part.”

The most challenging shoot Robyn has been in was actually her first, starring in the Infinity Ink “Infinity” video – which had live snakes and real snow.

She said: “It was ridiculously cold and snowing outside and we went in an abandoned house.

“There were even live snakes in there.” 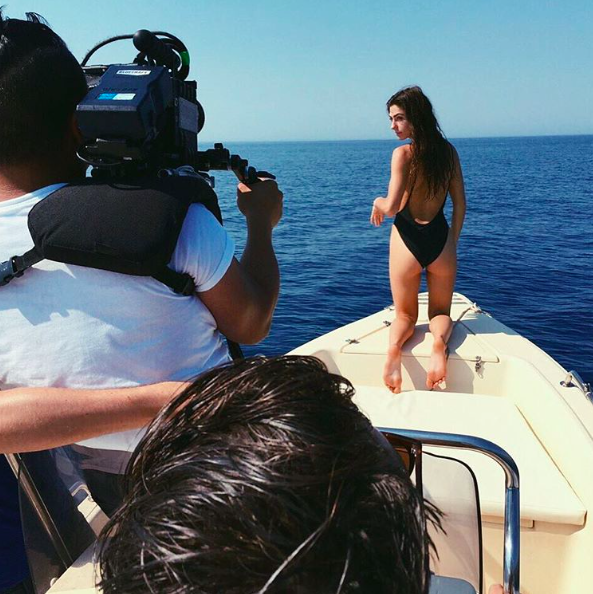 Robyn on a boat

Robyn added: “It was my first ever music video out of college and probably the most difficult I’ve done.

“It was a very hard shoot with 16 hour days in minus temperatures without central heating.

“It was tough to look comfortable and not awkward on camera – it’s harder than people think.”

But Robyn had it easy compared to some of the other dancers.

She said: “The other lead girl had to lie in an ice cold paddling pool outside in the snow, it made her cry.

“It’s amazing and looks good but I think people underestimate the long days.”

Robyn studied dance at the prestigious Doreen Bird academy, but dropped out in her second year after she got music video work.

She said: “I kind of just fell into the Infinity shoot when I left college.

“Once people see one video in your showreel people just find you and contact on social media. Agents have got me the odd job too. 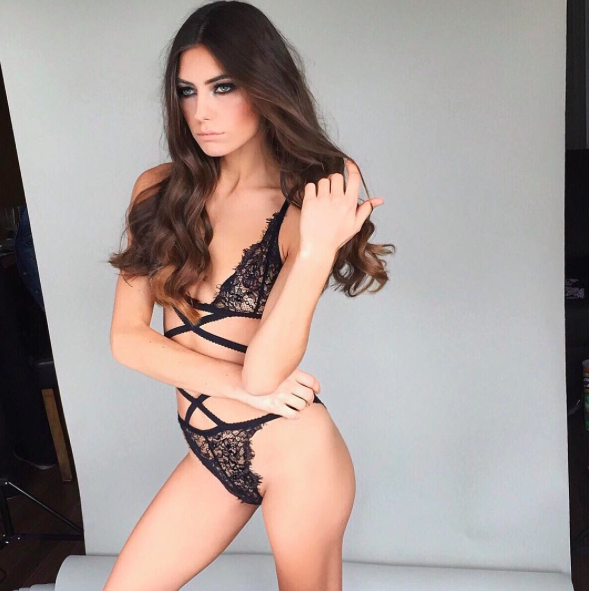 Robyn also works as a model 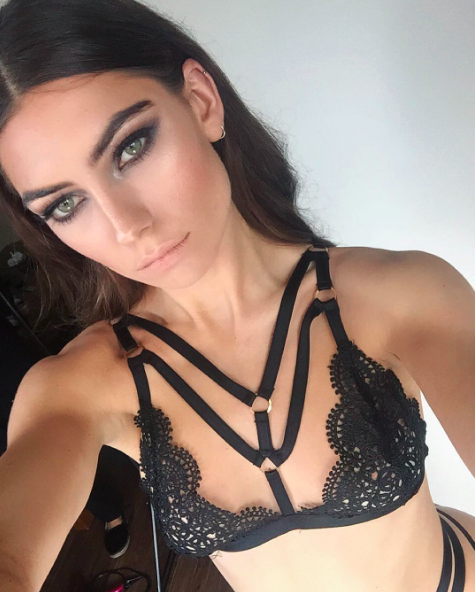 She added: “I loved the college but it was very hard work and very expensive at £15,000 per year – and you can’t get a loan like uni.

“After second year I had to call it off but went straight to work in London – I feel like dropping out was best for me.”

Aside from her music video work, Robyn is also an in-demand model.

She said: “Recently I’ve been swaying more towards lingerie.

“I’m not tall enough for fashion and I’ve got more of an edgy face rather than commercial.

“People have said I’ve got the body for this.” 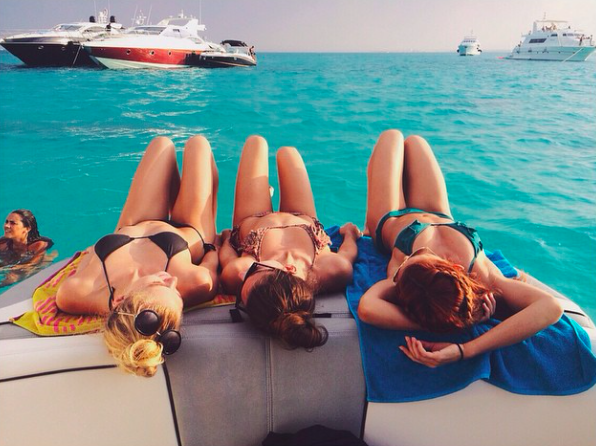 Apparently it’s not all beaches and boats

She was also involved in the early launch of Candy Kittens, founded by Jamie Laing from Made in Chelsea.

Robyn said: “I randomly got that job a few years back before I really knew Jamie Laing.

“It was really cool, we were in the Daily Mail and had our own launches.

“We even did a photoshoot for a book which is in WHSmith, River Island and Topshop.

“At the time I didn’t really know Jamie, but I moved to Fulham two years ago and know the Made in Chelsea people really well now.

“I even lived with Alex Mytton for a summer.

“My circle of friends in West London crosses path with those guys.”

Speaking on her job as a music video dancer, Robyn said: “Every day is always different.

“There are weeks when nothing is on and it can be worrying, then I’m working on shoots back to back.