Consent workshops are no match for our ‘hugely sexualised culture’

And it’s fair to say they’re both appalled and scandalised.

Katie Glass’ piece sets the usual, alarming scene:  universities throughout Britain are on red alert over their “lad problem”, the NUS is holding summits and writing reports to deal with laddishness (“founded upon a trinity of drinking, football and fucking”) and as a result “new rules of sex” are being rolled out across universities. 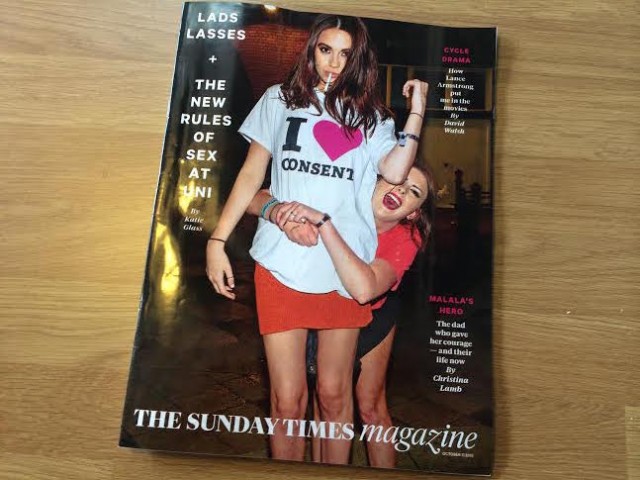 The new rules are simple, delivered via consent workshops and summed up in this neat but simplistic metaphor: “Someone might offer you a cup of tea, but any point you can change your mind about whether you want to drink it.”

Glass hits up the O2 Academy in Bristol and Wah Kiki in Sussex to find out whether sex really is like a cup of tea or if fit girls putting on “I <3 consent” tees will stop lecherous rugby beefers grinding on them. 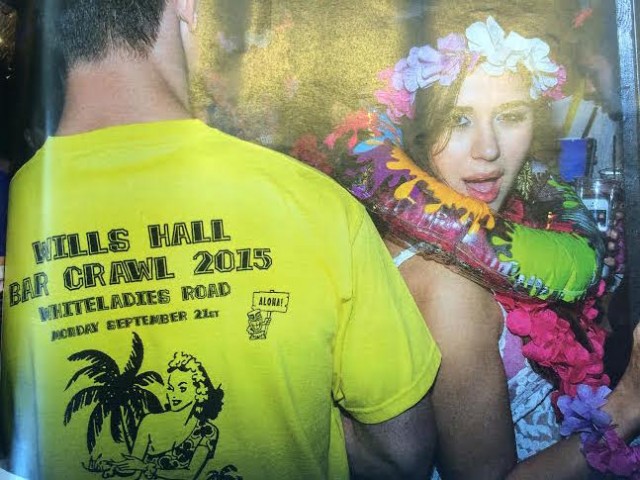 “At midnight in Brighton, boys in Hawaiian fancy dress queue for shots at the fairylit bar… Later, on the dancefloor, they tuck themselves in to grind behind the girls, grab them and snog them as the girls giggle along. The soundtrack is Robin Thicke’s song Blurred Lines.”

The freshers who Glass chats with have various explanations for the moronic inferno that is lad culture. Ella, 18, blames privilege: “If they are clever they think they’re entitled to everything… they think ‘I got in here, so I’m better than the majority of people.’ I’ve been in Bristol for three days and I’ve been grabbed and groped.”

Joe, an 18-year-old Law student, blames sport: “In sports like rugby, it’s especially strong. Where I’m from, in Monmouth, they do an initiation when you join the rugby team where you have to run a mile naked and down a dirty pint.” 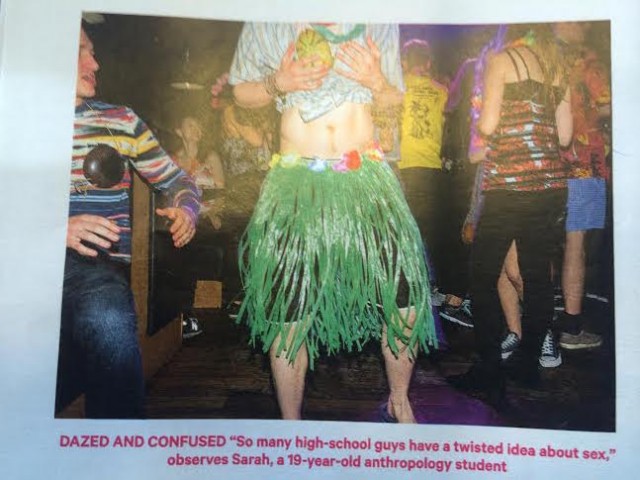 Wacky Tom, 20, gets all Darwinian about it: “Females are the weaker of the species. Men can be primitive, primal. We are essentially animals. And men are stronger than women. So to have that discussion of consent is a good thing.”

Sarah, 19, who studies anthropology blames secondary schools failing to address consent: “It needs to be part of the curriculum. So many high-school guys have a twisted idea about sex. Young women think the only objective is to please a guy, and so they might be pushed into doing things they don’t want.”

Glass is unconvinced by this new landscape where consent is part of everybody’s vocabulary: “From my nights out with the freshers of Bristol and Brighton, the new rules seem a mere figleaf over the sexulaised free-for-all in which this generation has been raised . No wonder the rules governing sexual engagement are hazy.”