None of them will be that great

There was something about them that did it for you. You’re not sure whether it was the innocent look in their eye, their far-too-new grammar school leavers hoodie, or simply the look on their face when they realised that you could have more than two shots in a drink. But whatever it was, it powerful. Short but intense, it’s a whirlwind romance that’s over as soon as you realise they were born far too close to 2000 for you to be comfortable introducing them to your mates, but don’t worry, you’ll never have to see them in your lectures.

The person who goes to the poly

You should have realised sooner. After all, there were so many clues. On the dancefloor, they knew all the words to that Naughty Boy track. At the bar, they ordered a Smirnoff Ice. In the smoking area, they used the word Bazinga in conversation unironically. How didn’t you notice they weren’t as clever as you? Sure, you’d been drinking but that’s no excuse. You should have realised long before the taxi made an unexpected turn and started to head for the other side of town. Now it’s 6:30am and you’re lying on their bed, staring at the ceiling, wondering how you’re going to make it home without any battery in your phone or knowledge of where you are. You look to your right. They’re still fast asleep, spittle leaking from the corner of their mouth, down into a viscous lake on the pillow beneath their blotchy-red face. As quietly as possible, you ease yourself off the bed, slip into your clothes and leave, never to return. Just don’t forget to take an STI test this week.

There are plenty of options on campus, yet you chose him. Charlie is neither here nor there. You didn’t fancy him at all from day one, but you know when you, like, just really get on with someone? It started off so well: the sneaky 4am showers, the spooning in a single bed. Feelings developed quickly, you think you might love him, how exciting. But now he’s started pulling other people in front of you, why the fuck would he do that? He even has the audacity to bring them back to flat. You carry on sleeping with him anyway. Everyone finds out. You hate yourself. He hates you. You’re moving into a house with him next year. For god’s sake, don’t shit where you eat.

It was one of those Tuesday nights, you’d never really looked at him in that way, but there was only you two left. What was supposed to be a DMC turned into an intense night of passion. Everyone finds out. 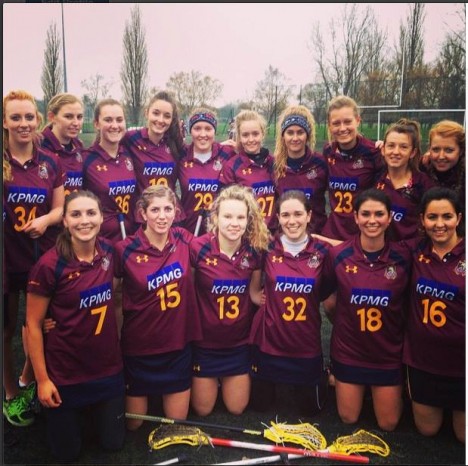 Lacrosse girls are the fittest girls at uni, everyone knows that. Messy hair, hoarse voice, calves of steel – she’s the Russell Group sweetheart you always dreamed of. The trouble with lacrosse girls is they’ve got a short attention span. Get in quick before she shags Tom or starts going out with Harry on the cricket first team.

The one who everyone has shagged

It doesn’t matter, as long as you did it first.

OMG he’s so hot. He’s so hot and so cool. With his miserable face and distinct lack of personality. Look at his fingers go as he plays a brilliantly predictable selection of house classics. He’s playing it off his laptop, he’s doing that thing where he turns one track up on YouTube and turns the other one down. I don’t think he can mix but his headphones are on so at least he looks the part. Where should I stand where he can see me? I know the words to this one and I want him to see. You’ve done it, you’re up in the booth. Try not to seem too interesting, don’t speak, just nod. Wait for the drop but don’t put your hands in the air. Maybe I’ll learn to DJ and we can be a really cool DJing couple. Back at the afterparty he puts on his afterparty mix. He never stops working, I love that about him. A few bumps of K later he’s in your bed, not really that bothered about shagging you. You go for it anyway. In the morning he doesn’t say anything. He leaves.

The one you keep on bumping into

Either you’re an idiot and started flirting during that pointless library induction or it’s just bad luck. The sex is good. They’ll bite your lip. Hell, they may even make your bed when you skip off to your 9am the next day, provided they don’t come with you because you’re in the same seminar. But for whatever reason, for the next three years you will never shake this flame. Outside the library having a cigarette? You’ll be in need of a lighter. Who’s the nearest person with one? You guessed it. At the bar ready to bolt some VKs, and they’re in front of you collecting the change. You’ll even do that awkward thing in the road where you both walk the same direction to get round each other. Eventually, you’ll cave, make conversation, laugh off all the awkward moments while pretending you never saw them at all, and shag again. By that time it’s third year, you can’t be bothered to chirpse anyone else and you’re in a long term relationship. But it’s fine, if you don’t love them at least your mum will.

Your housemate’s mate from home

After some intense Facebook research you’ve decided this is it – you are going to pull this weekend. The best thing about other people’s mates coming to visit is you can be somebody completely different to get them into bed. Savour it, it’s one of best nights you’ll ever have, mainly because you’ll never have to see them again. 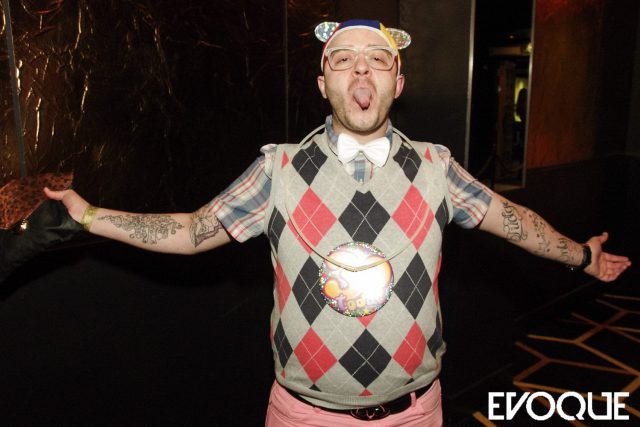 “Babe, you’re a bit of alright, can I buy you a drink?” he says as he dribbles and pushes his beer belly into your back. There’s something incredibly sexy about a man who just says it how it is. He’s mature, he’s got meaningful tattoos, he wears bootcut jeans, he knows what real life is all about. In bed he treats you like a princess, you’re not just another Wednesday night conquest. But it’s all over when wake up to his ex-wife asking him to pick up their daughter from school. This is not a classic story, tell no one.

They drop you a wink as they pass you the garlic mayo for your cheesy chips. It could be a wink, or the effects of too many jagerbombs, but it’s charming, it’s cute and you start up conversation. Next thing you know, your friends have got bored of waiting, finished their kebabs while you’re still sucking doner off the teeth of your new found lover. You take them back and immediately regret your decision when you smell your room the next morning: a charming mixture of eau-de-shish and flesh.

A girl from the North

Peter Kay quotes have failed, chat about the Hairy Bikers falls on deaf ears but at least you share a love for Vernon Kay. That’s about as far as the chemistry goes. But the second you make any cultural reference to the capital, game changer. All of a sudden it’s “you sound like you’re from Landaaaan” and asking if you have ever met the cast of TOWIE. The thing is you’ve noticed this girl for a while. The one with the nose ring, always sipping a can of Red Stripe at house parties. Effortlessly cool in thick framed glasses that, more often than not, don’t even have a prescription. Before too long you’ll be honking on laughing gas together until you conveniently fall onto the bed. Your pillow talk will be about the festivals, that time you K holed at your cousin’s wedding and bemoaning tragic fresher events. You’ll fall in love, only to have your heart broken when she doesn’t accept you on Snapchat.

Months of listening to them talk about erotic discourse in Renaissance poetry intrigued you, their frank conversations about S&M at two in the afternoon have got you really wondering what it would be like. You preferred it when they hadn’t shaved all their hair off, but you’ll give it go anyway. Because people who talk about sex all the time must be good at it, like Rihanna. There’s no question about it, this is going to be fun. Actually, it’s quite intimidating. She’s ripped your clothes off and won’t let you go on top. The choking is unpleasant. Soon it will be over and she’ll stop shouting. Now we’re back to the poetry and she lies naked and smokes – it wouldn’t be a proper “fuck” without an obnoxious post-sex cigarette. 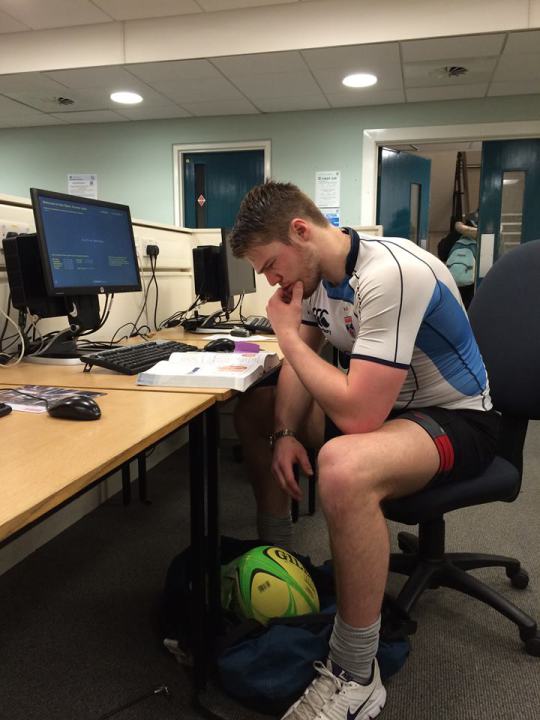 You’ve lied a thousand lies to get your kit off with a medic. They’re going places. They’ll save lives. You? A 2:2 in Archaeology won’t get you anywhere. You’re an aeronautical engineer for the night, with dreams of working for NASA and pioneering space travel. Getting with a medic is intimidating enough hearing about what field of heroism they’ll be working in, but behind their poorly hidden smugness, forgetting for a second they know they’re going to be better off than you in later life, they’ll never really, truly, know what it’s like to be a student. Wild Wednesdays are few and far between. They’ll get married to a doctor, because that’s all they’ll ever know. Tonight you’re their guilty pleasure. They see right through your fabricated persona.

You know it’s a bad idea, but you do it anyway. You get a cold, wet coach to their grimy halls in Leeds, telling yourself you just want “to catch up” and before you know it, you’ve slipped back into old habits. You both accept that you’re far better people without each other, and yet here you are, lying in bed after a satisfying but emotionally bankrupt 20 minutes, with nothing but Primark sheets and bitter self-loathing clothing your naked body.