This is all Ed Sheeran’s fault. Gingerness is having a moment, gingerness is on the rise, on trend, suddenly and spectacularly less easy to mock than ever before.

And their pride has begun to spill over into real life. 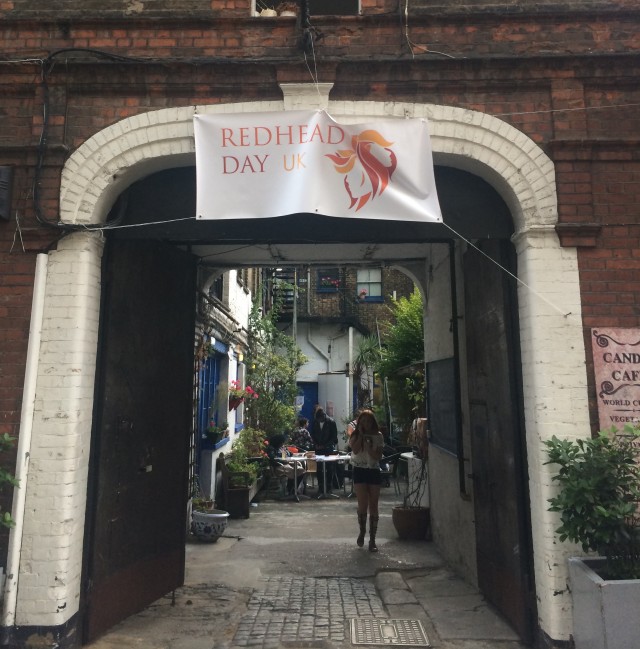 Redhead Day UK is one of the largest gatherings of the ginger community on Earth. More than 500 people signed up for the free event, which happened on Saturday. It promised performances from ginger musicians, the annual MOGO (Music of Ginger Origin) awards (I swear I didn’t make that up), speed dating for redheads and redhead-lovers and an anti-bullying discussion panel.

Maybe it was anticipating everyone having exactly the same hair, maybe it was the way the event organizers borrowed the language of genuine liberation movements (“Red Pride” anyone?), but I suspected the event would be a little creepy, a little fetishistic, a little Nuremberg. 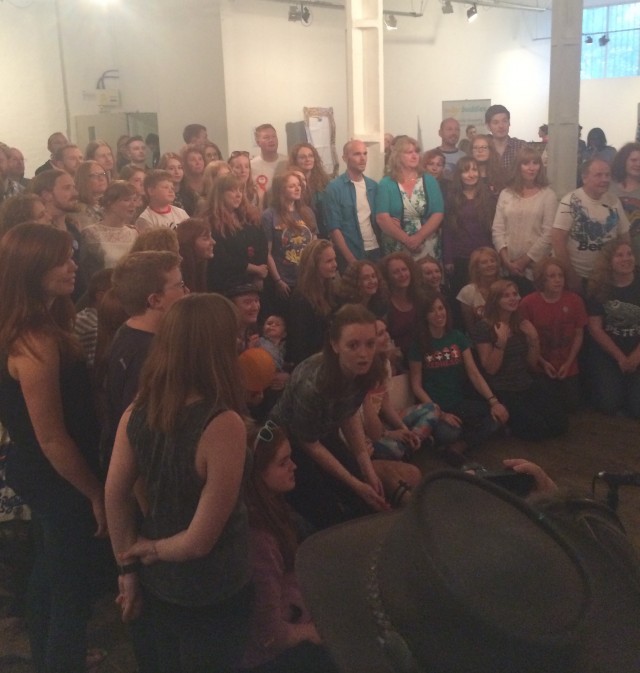 It was and it wasn’t. For a start there really weren’t many people there – no more than 250 – and many didn’t even have red hair. I’m pretty sure there’ll be larger gatherings of Games Workshop enthusiasts this month.

The actual convention space itself was small, spread across two floors linked by a very narrow staircase. One floor was stalls selling ginger beer and flat caps with the word “GINGE” written on them, the other hosted softcore-ish shots of naked ginger models. 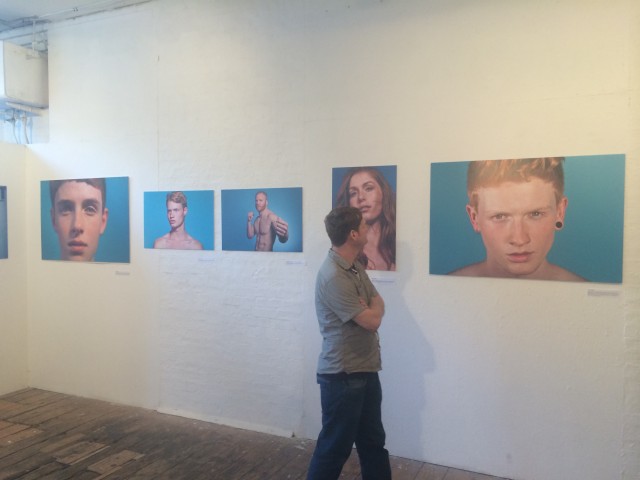 He’s trying to work out what colour their pubes are

There were a lot of families and the atmosphere in the main was church fête, school bake sale English: chummy, undemanding, odd.

Emma Kelly, 26, was one of the driving forces behind the event. She launched a petition for a ginger emoji earlier this year, after Apple widened the range of emoticon hair colours and skin tones but skipped redheads. She said:

“There’s definitely a ginger moment right now, celebrities have helped but I think people are just louder and prouder with it anyway.” 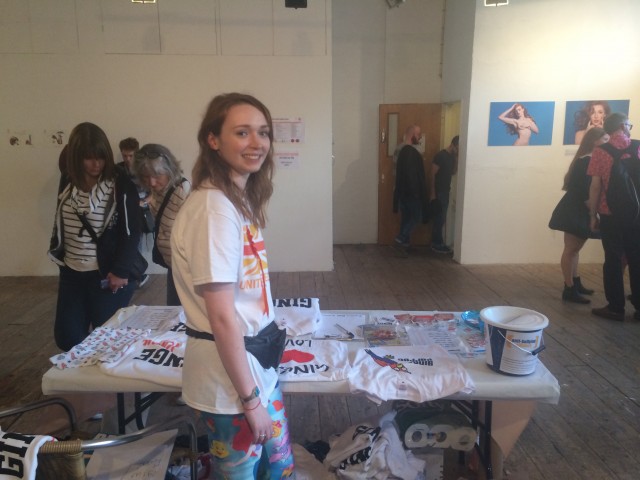 Nikolai Loufbye, 22, travelled from Denmark specifically for the gathering. Like Emma he had serious intentions for the day:

“I’m looking for a ginger woman and I want to found a ginger dynasty.

“When you’re a teenager you don’t want to stand out at all. I found it difficult. I was bullied. I used to cut my hair short and try and ignore it.

“Neither of my parents have red hair. It got to the point where I couldn’t ignore it anymore, especially when it started to get curly. I let it grow out, I accepted it and I’m much happier now.” 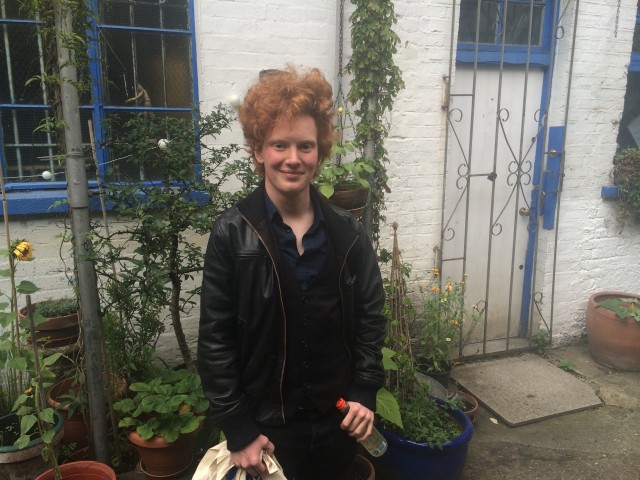 An admission: I’m sort of ginger – almost there but not quite. You might say I’m strawberry blonde (I’d pitch it as tasteful auburn but w/e). At my age my mum was a redhead- I didn’t inherit that, or the freckles – but I did get eyebrows so pale as to be non-existent and skin which burns. 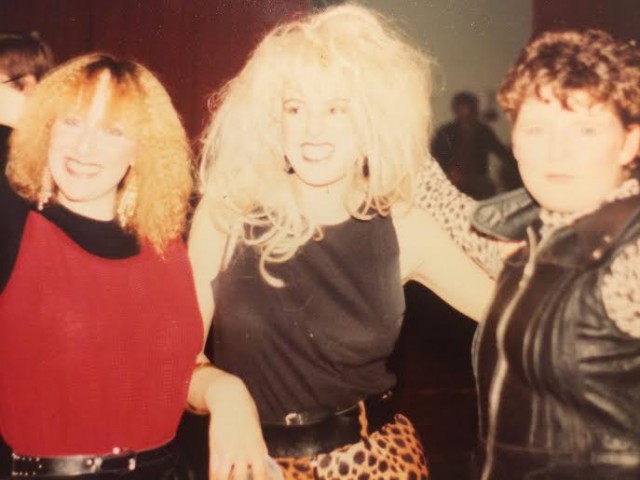 Mum (left) living it up in Thatcher’s Britain

I mention this because almost everyone who I speak to at Redhead Day had a story about being bullied. I’ve an insight into this: when someone describes my hair as ginger, I really fucking hate it. It’s not sexy or cool or aspirational. It’s ginger: you feel like a punctuation mark instead of part of the main text.

James, 34, whose hair touched his shoulders said: “I’m not sure it’s good to draw attention to the fact we’re a minority. I like blending in rather than standing out. Being ginger was much harder when I younger. Children can be… blunt.” 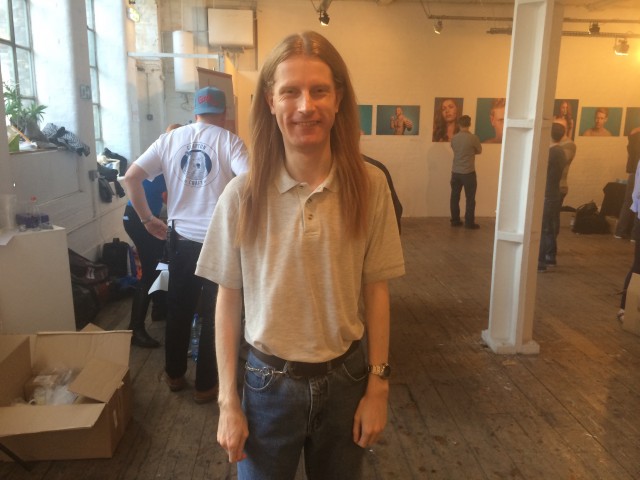 James’ way of blending in

Twentysomething sisters Harriet and Zoe thought redheads need to be taken more seriously: “When people shout ‘ginger’ at you in the street – that’s not ok.

“Why should people be allowed to say things like ‘You’re the good kind of ginger’? So there’s a bad kind of ginger? I wouldn’t say it’s the same as racism or anti-semitism but there are levels to these things. This event is still pretty light-hearted though. ” 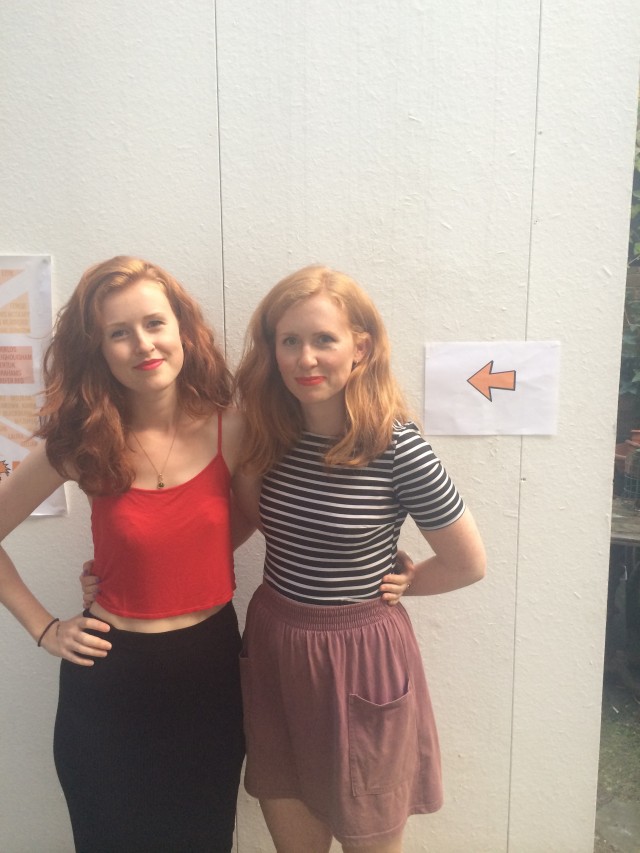 Even the arrows were orange

I think people tease redheads because it’s regarded the same way as being a vegetarian, or a christian – it’s seen a malleable thing, not an inherent quality. You’re some dye away from being completely different.

Being ginger makes someone fair game for chat, banter, ribbing, pisstaking. Very few people, even at Redhead Day, are prepared to argue anti-ginger slurs like “ranga” occupy the same polluted ground as anti-semitism or transphobia.

Consider this though: redheads are seven time less-likely to get a job than a dark haired person applying for the same job. Then think about Helena Farrell, the Cumbrian school girl who took her own life in 2013. Her father told the media she’d been relentlessly bullied for her red hair – and called for discrimination against red-haired people to be defined as a hate crime.

Redhead Day’s tongue was firmly in it’s cheek and I was disappointed it wasn’t more serious, more tribal and more self-righteous. 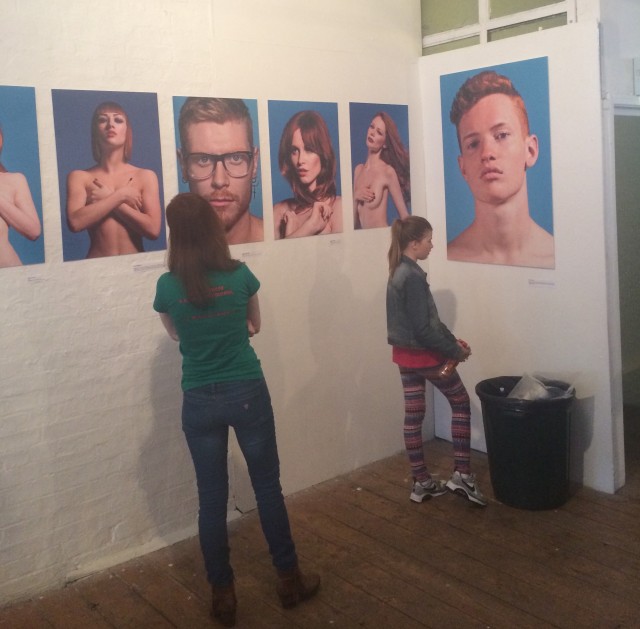 It’s all a bit of a laugh in here

As I left I saw Nikolai from Denmark walking past an unfortunately placed pub near the convention. A fat guy with a maori upper arm tattoo screamed “SEXY GINGER” at him and poor, embarrassed Nik simply turned around and headed back to Redhead Day, to his own people.

We shared awkward eye contact and a nod. I passed the same pub and the same guy, who didn’t shout anything at me. I was quietly appalled at the unworthy relief I felt.