Get drunk through your eyes in an alcoholic absorbing bar

When did a pint become too mainstream?

You drink alcohol through your eyes and lungs in London’s newest avant garde creation Alcoholic Architecture – the underground bar where booze is in the form of a breathable cocktail cloud.

Fine spirits and mixer – in a ratio of one to three – are pumped into the air by dehumidifiers to create the cloud, so over a 40 minute session you will have breathed in the equivalent of a large gin and tonic through your eyes and lungs. 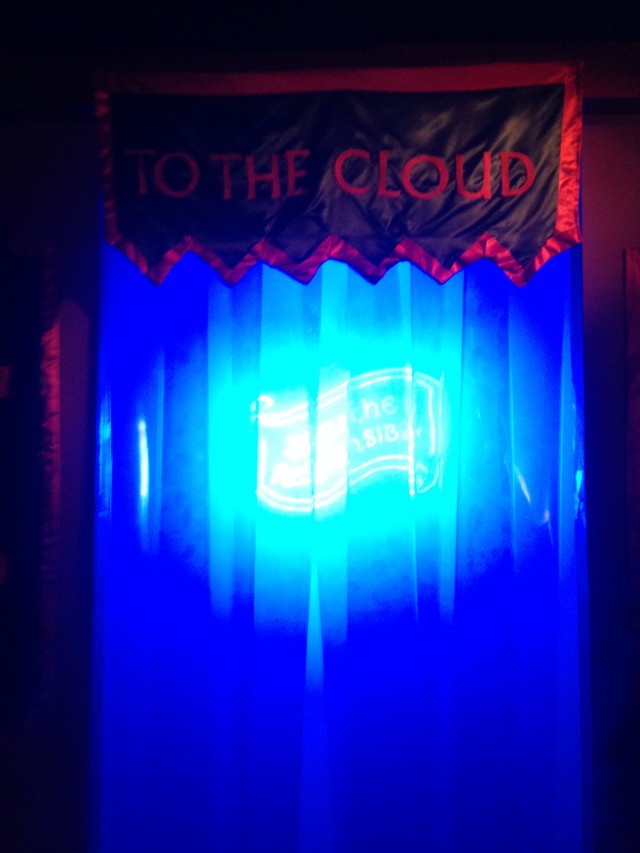 Set on the grounds of an old monastery, the bar has fully embraced the church theme – by creating a gothic dungeon filled with snakes.

We were ushered into a dark corridor winding down the basement, with loud trance music playing, and sinister memorabilia adorning the walls – descending into a dungeon, thoughts of weird cults, imminent death, and witchcraft begin to crop up in our minds. The music blasting as you walk down the ominous staircases doesn’t match the setting, making the first impressions even more bizarre and a bit unsettling.

In the chamber you have to wear plastic ponchos, similar to those worn by that one under-prepared mate at a festival who didn’t consider British weather. Having to wear a rain poncho to drink is not really how you imagine going for bevs after work. Wetherspoons this is not. 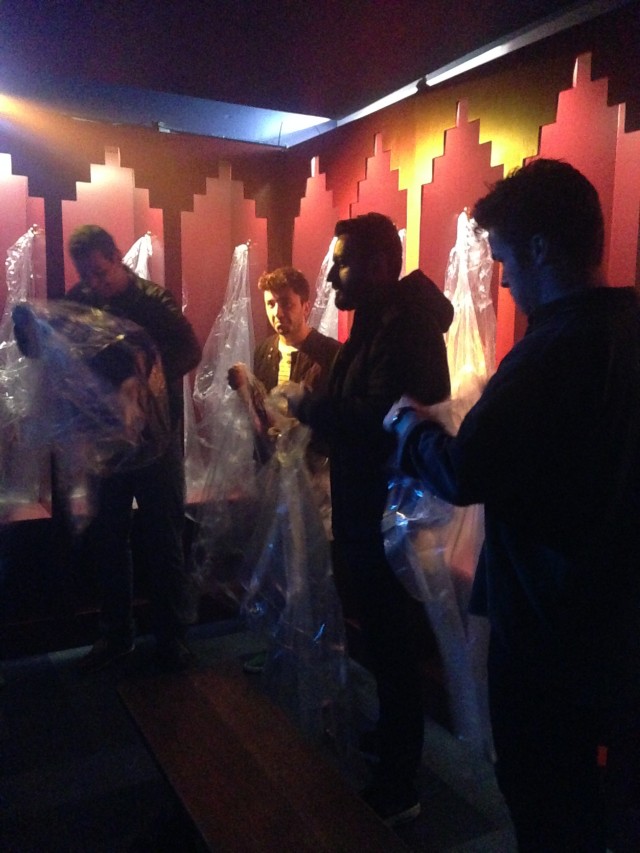 Not sinister at all

Before entering the cloud, surprisingly, we were served cocktails in the form of liquid, and if there’s one thing we can confirm, it is that Bompass and Parr know how to make a mean drink. Though with the whole gothic ambiance, it felt more like we were being handed potions.

The bar staff put freshers to shame with their resourcefulness in serving drinks, pouring them into gigantic horns and human skulls. 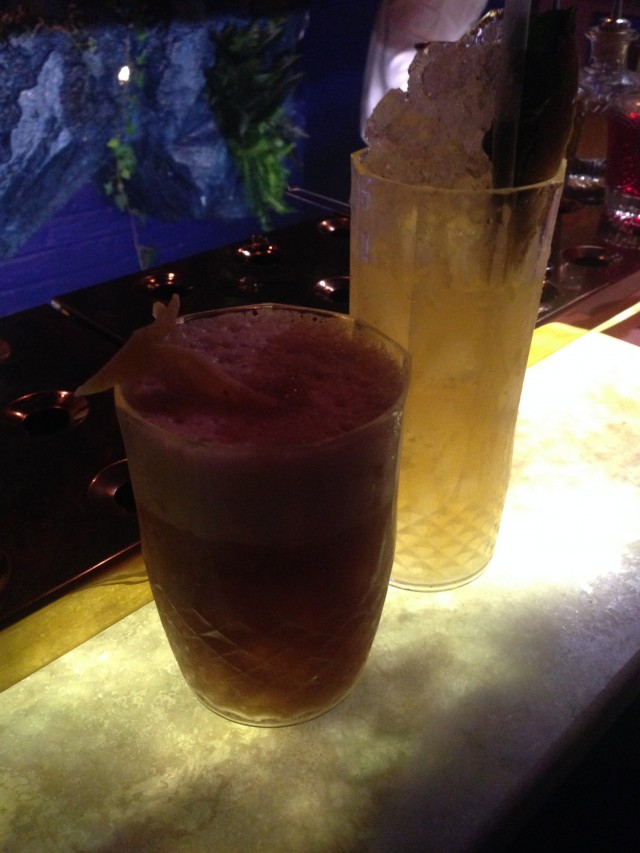 The drinks menu is called Holy Orders and features cocktails such as Dirty Habit, Afternoon Penance and Friar Tucked.

Then we eagerly walked into the cloud, eyes widened to take in as much as possible. Beyond the PVC curtains, it was like being thrown into that tiny bedroom tucked away at the top of the house, at a party that somebody had decided to hotbox – but with really sweet and sticky fumes. 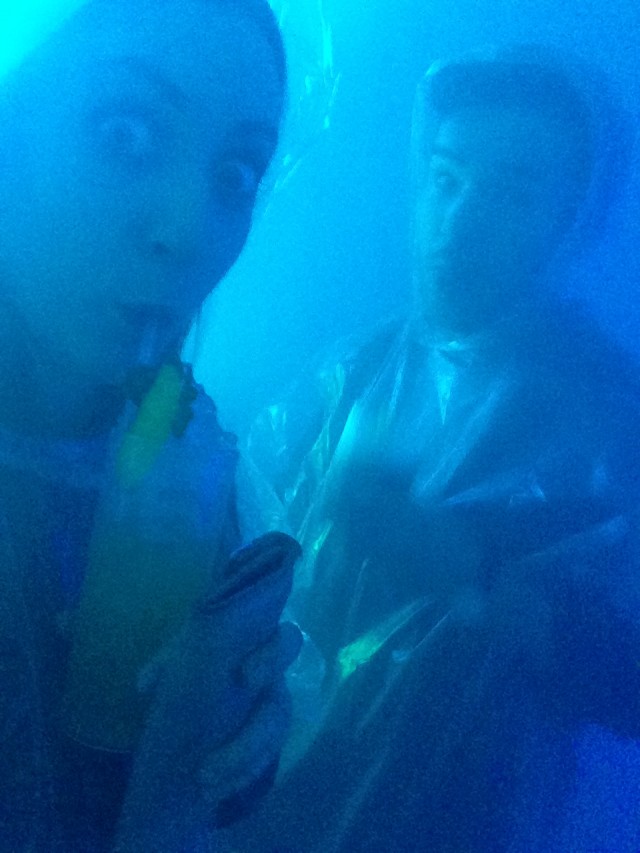 With humidity of 140 per cent, the cloud was so thick that you could not see much more than a meter in front of you – just silhouettes of other poncho clad absorbers, bopping awkwardly to the bizarre playlist of house and funk music.

Being referred to as absorbers filled us with even more fear we were part of a cult under the streets of London. But then again, the phrase did also just seem a bit pretentious and try hard.

The cloud was so unusual at first, with people stumbling around trying to breathe heavily and keeping their eyes as wide as possible. But after about 15 minutes, everybody started to realise we were just stood in a room where we couldn’t see and felt damp and sticky. After a while we started to think that chairs might have been nice. 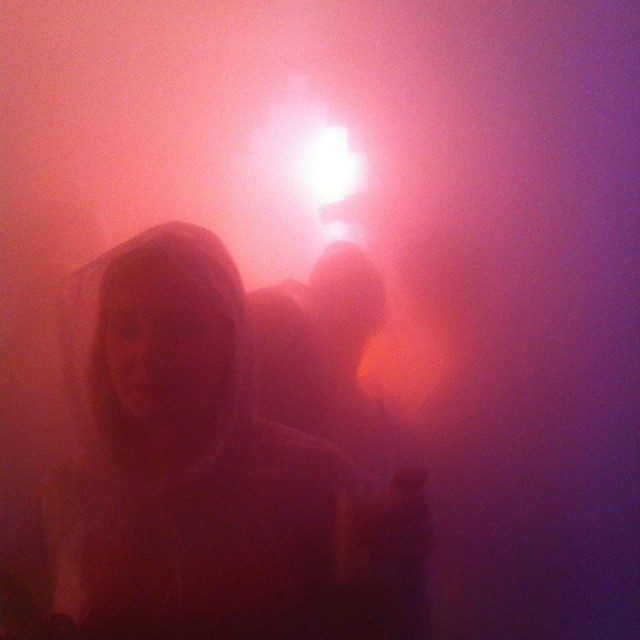 Bompas and Parr say: “The environment allows you to deconstruct and better appreciate the nuance and flavour of spirits as you enjoy them retronasally, rather mainly through your tongue.”

But we’re not too convinced of this greater appreciation for nuances of flavour – the cloud tasted slightly sweet, but you could smell it strongly. It smelt of sherbet mostly, but then oddly transformed into bubblegum flavoured condoms – the plastic doors and floors combined with the sweetness brought the unpleasant smell of latex to the mix. 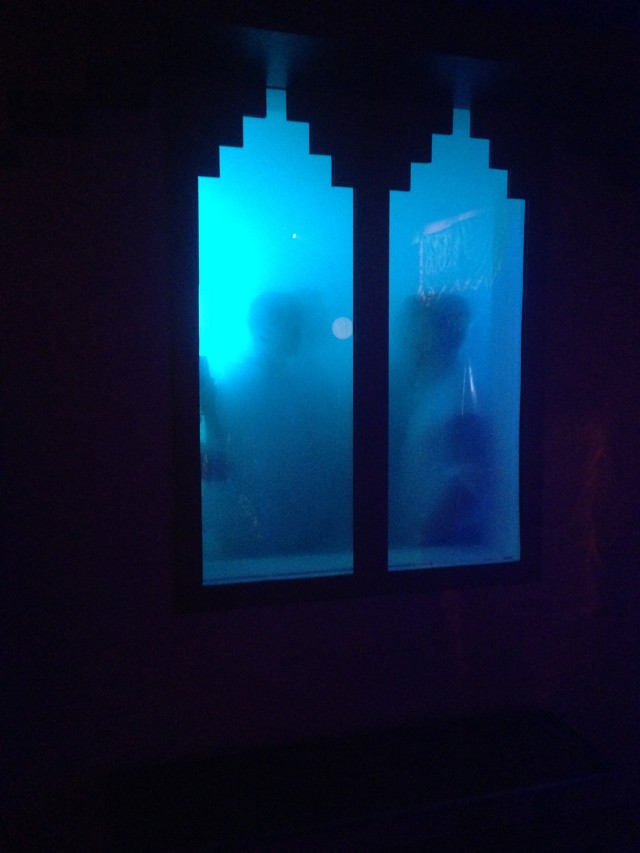 We also heard multiple drinkers comment on a slight weed-like musk, due to the delicate herbal tones, which furthered the feeling that the room had been hotboxed.

Occasionally flashing lights and sound effects of thunder were set off, really emphasising Bompas and Parr’s attempts to create an “alcoholic weather system” (we’re not sure what this means either), resulting in lots of squealing drinkers. This did have the edge on your local pub, it brought drama to the bevs. Plus, they even had a snake above the toilets. 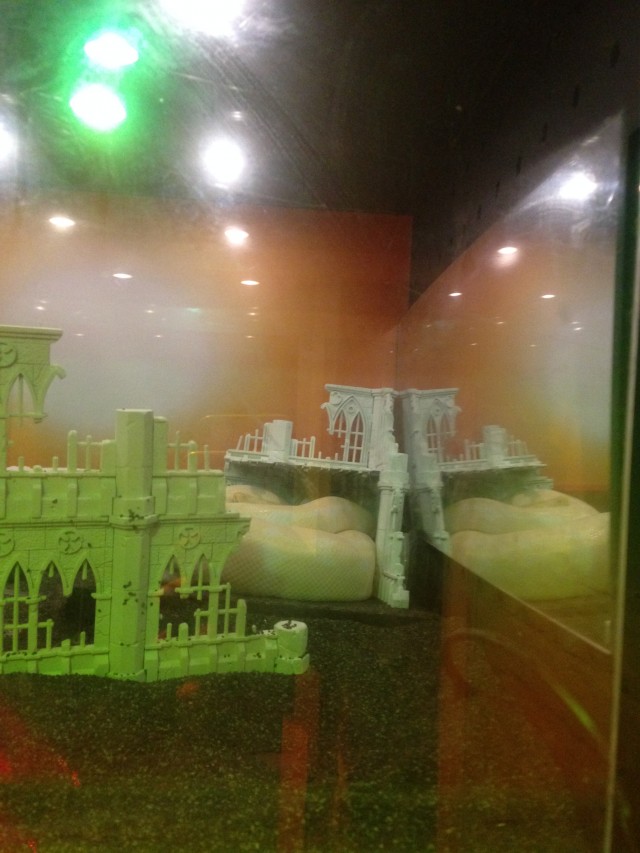 Just going for a hiss

After the massive build up, sadly we did not find ourselves feeling even remotely tipsy. The we were left smelling of the cloud, with damp clothes.

Bars like this essentially bypass the actual act of drinking, you skip straight to being drunk – if you stay in there for at least five hours that is.

Yes, it’s a bit different and interesting, but it’s difficult to imagine this becoming a popular way to drink. They would need to massively increase the amount of alcohol in the air – it could have been squash that they were pumping into the air for all we knew.

The gimmick was great, but don’t bank on this for predrinks.