A brave second year will be the world’s first tetraplegic to take part in the brutal Tough Mudder race.

Rob Camm, 21, plans to navigate the gruelling 12-mile course in a pioneering wheelchair he controls with his chin.

The Bristol student was paralysed in a car crash two years ago which left him with no movement in his body from the neck down just a week before he was due to start university.

Last month, Rob became the first tetraplegic in the world who is reliant on a ventilator to learn how to walk again using a robotic skeleton controlled by his thoughts.

Now, he will take part in the notorious Tough Mudder challenge – dubbed “probably the toughest event on the planet” – in an off-road wheelchair set on top of a quad bike. 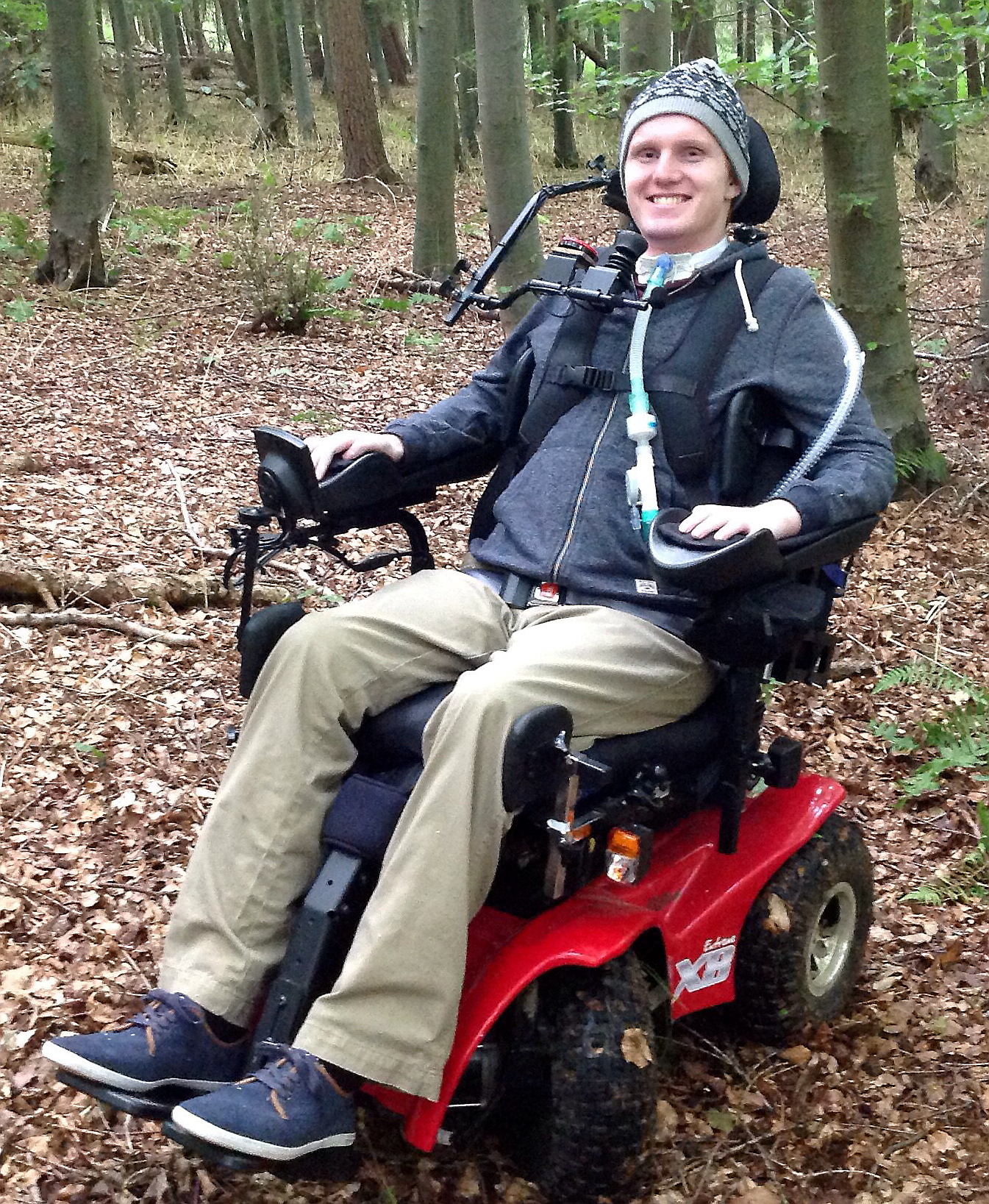 Former rugby player Rob, who lives with his family in Breadstone, Gloucestershire, said: “I wanted to do a Tough Mudder before the accident and still want to do it now.

“I’ve got a wheelchair that’s capable of doing it, so I thought ‘why not?’ It’s a wheelchair set on top of a quad bike and I’ve not found anything that can stop it yet.

“I’m excited about the challenge – I’m really looking forward to it and I’m not frightened at all.

“Other people are getting worried for me. People think that someone in my position shouldn’t be doing what I’m doing.

“But I’m just going to prove them wrong.”

While Rob will not be able to conquer some of the obstacles, which include monkey bars, mud pits, high walls and narrow tunnels, he will need to navigate difficult terrain.

His specially-made Extreme X8 electric wheelchair can reach speeds of 10km per hour – and Rob has even been able to clear tree branches and tow his dad’s 4×4 with it.

It will take him through a course which is made up of Britain’s “deepest, darkest mud and soul-crushing terrain”, according to Tough Mudder organisers.

“I have been going out and about in the wheelchair around the fields near my house and I have done quite a bit of training – probably about three or four hours.

“Sometimes it is quite difficult to control, but it depends what ground I’m on. It’s like driving a car – flat ground is easy but on bumpy ground and going around corners I have to take care.

“I will have to concentrate hard but I’m not worried about that. I enjoy having the physical challenge.

“I do nowhere near as many physical outdoor challenges as I used to do and it is a huge thing for me to have that challenge again.” 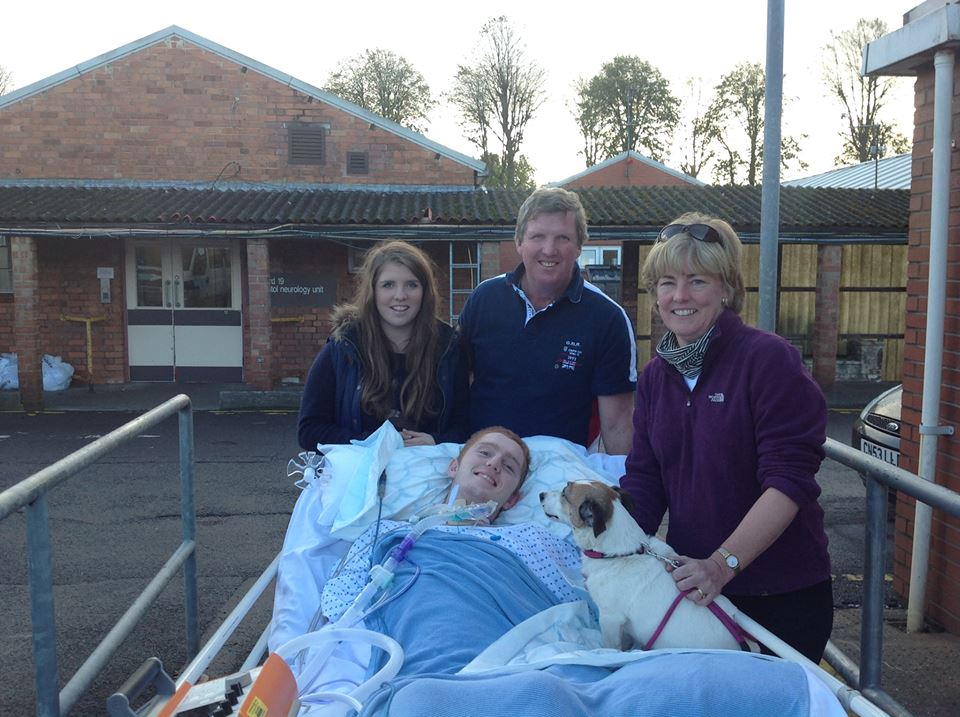 Rob with his parents and sister back in 2013

Rob, who studies philosophy and politics at the University of Bristol, will be joined at Tough Mudder in the Cotswolds on Sunday, 23 August by a team of friends and family.

He is raising money for SpecialEffect – a charity which has provided technology to help him adjust to life after the accident – and has already racked up #3,000 in donations.

Sporty Rob had just played his final rugby match for his local team Dursley RFC when he was a passenger in a car that was involved in a crash in September 2013.

He was days away from starting pre-season rugby training at York University where he was due to study Politics, Philosophy and Economics.

The accident left him paralysed from the neck down, leaving him in intensive care for 96 days and with little hope of ever walking again.

Eventually he was allowed home, and in April this year he started working with experts at Rex Bionics in the UK and Rome to try out their ‘exoskeleton’, which is on trial.

The amazing machine, provided by SpecialEffect, sees a cap placed on Rob’s head which is covered in 79 electrodes attached to his skull which read signals in his brain and converts them into movement.

Now, he can walk using the #95,000 wearable robot, which is nicknamed Rex.

“To see my toes and my feet move forwards was pretty incredible,” said Rob.

“For the past two years I haven’t seen that really so it’s very unusual and it’s quite enjoyable to see your body moving in that way.

“It is a robotic thing you that you sit in and it moves and you’re strapped into it so you move with it.

“In terms of controlling it, most people use a joy stick to control it but I can’t.

“What they wanted me to do first was to imagine Rex walking, and imagine the process that it goes through.

“So, left leg up, left leg forward, left leg down, and so on – that was the mapping bit, so Rex knows what to listen for.

“It listens for that, and I think that [about walking] when I’m controlling it and it does it.”

Rob is now studying psychology and politics at the University of Bristol and has just passed his first year with a 2:1.

To sponsor him and his teammates for Tough Mudder visit Rob’s page or text ROBC93 to 70070.