Nearly half of us said we’re not completely straight, according to a new national study.

A YouGov survey of 18-24 year-olds found just 46 per cent said they were totally straight and six per cent exclusively gay.

The survey of 1700 people asked them to plot themselves on a sexuality scale.

And unsurprisingly the figures shot up to 72 per cent who identified as completely straight for the rest of the British public.

For young people, a massive 22 per cent described themselves as predominantly heterosexual and only incidentally homosexual.

Meanwhile 13 per cent said admitted they were mostly straight but with a slight interest in the same sex.

Just three per cent said they were bisexual, being equally interested in both genders.

Four per cent said they were mostly homosexual, and only incidentally interested in the opposite gender, while six per cent were totally homosexual.

The survey of nearly 1700 people was based on a measure of sexuality called the Kinsey scale. 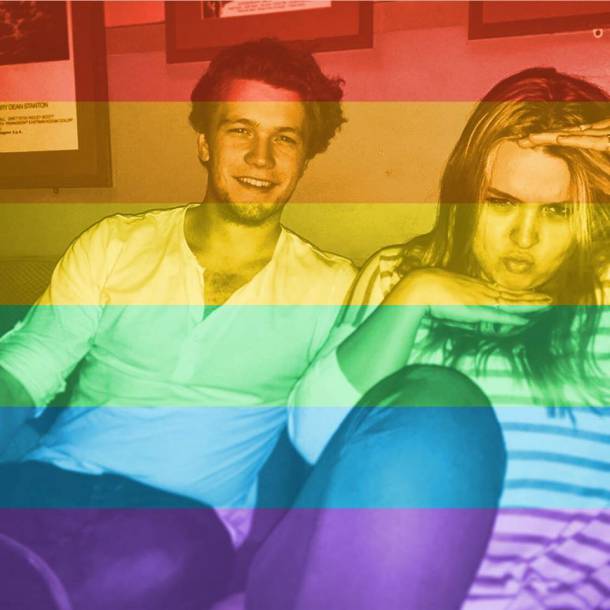 Under half say they are purely straight, and six per cent only gay

Most people agreed that sexual orientation exists in some form of stages, rather than being entirely one or the other or being a choice between straight or gay.

In the survey, 60 per cent of heterosexual people support this idea as do 73 per cent of those who are homosexual.

Just 28 per cent of straight people believe that “there is no middle ground – you are either heterosexual or you are not”.

As for bisexuality, women took the lead at 0.5 per cent compared to just 0.3 per cent of men.

3.8 of women said they didn’t know about their sexuality, as did 3.5 per cent of men.

Speaking on the topic, Charlotte Dingle – editor-in-chief of Biscuit – told Pink News: “Women are increasingly viewing their own sexuality as fluid.

“I believe that the old definitions of ‘gay’, ‘straight’ and ‘bi’ are increasingly irrelevant in a society in which an individual’s sexual and gender identity is becoming more and more complex and diverse.”