Science nerds set to be recruited as spies

You may or may not get a license to kill

A hundred clever students will learn the dark arts of cyber spies.

Studying Computer Science at uni, they have signed up to the first ever cyber school at the top-secret communications and spy centre GCHQ.

76 Computer Science students from universities all over the country are taking part in an intense 10 week cyber-security programme called Cyber Insiders.

It’s aimed at introducing them to the top-secret work carried out at the centre and tempting them to a future career at GCHQ in Cheltenham.

32 students are also studying at a lesser-known GCHQ base at Scarborough for a six week cyber summer school course called Northern Exposure. 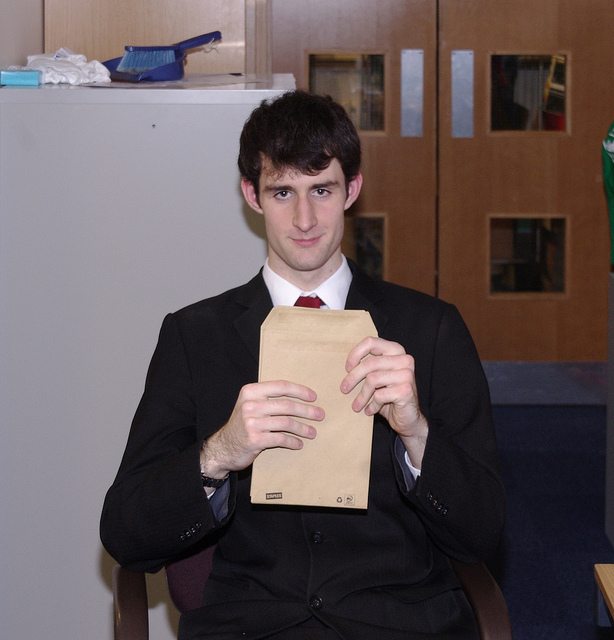 Study computer science? You could become a spy

It offers opportunities to those without traditional science or mathematics or technology qualifications.

The course is massively over-subscribed with over 300 applications but one third of the intake is female – which is significantly encouraging to UK’s security chiefs where the vast majority of candidates in this field tend to be men.

At the end of the course, candidates may be offered bursaries and future career opportunities.

Vacancies exist at GCHQ for gifted mathematicians, software and developers, engineers, cryptographers, Russian and Chinese linguists, analysts and IT experts as well as apprenticeships and graduate schemes.

Candidates must be British citizens and rigorous vetting of an individual’s background can take nine months and they can only share their career intentions with close members of their family.

With the security level across the UK remaining “heightened”, the security services MI5, MI6 and GCHQ are privately “heartened” by the increased amount of interest shown in careers which offer the opportunity to help keep the Britain safe.

GCHQ, which also has bases in Bude, Cornwall, and Harrogate, also plays a key role in the exposure of paedophiles, cyber-crime, hackers, fraudsters and tackling serious organised crime and the development of nuclear and biological weapons.

A GCHQ spokesperson said: “It is true to say that we are experiencing a significant uplift in the degree of interest in career in the Security Services especially amongst younger people, who have a natural interest in technology but also want to serve their country.

“It is very encouraging to see and the quality of these candidates has been consistently outstanding.”

The Cheltenham cyber summer school course has been designed to focus on areas which would be particularly relevant to people taking on roles as Computer Network Operations Specialists.

Students will work towards a final project and take part in a “capture the flag” exercise where they will work in teams to showcase the skills and knowledge they have gained at the cyber summer school.

As well as studying for a degree in computer science, the successful Cyber Insiders candidates needed to be able to code in JavaScript, Perl or Python.

At the selection stage, they were assessed on their knowledge of cyber security, and on their enthusiasm for coding and computer science, such as working on coding projects in their own time.

The spokesperson added: “By inviting students to take part in our summer school, we hope to give an innovative, inspiring but challenging insight into both GCHQ and cyber security.

“We want to provide the students with a safe yet stimulating environment in which to stretch their capabilities.

“The majority of the course will be hands-on and learning is designed to be experiential.”

GCHQ Director Robert Hannigan said: “Today, we are at the cutting edge of modern technology, delivering intelligence in the challenging communications environment of the cyber age.

“The Internet brings numerous blessings for society and for business, but it has a darker side as a refuge, resource and recruitment tool for terrorists and criminals.

“As well as our work against these threats, we help to halt the spread of chemical, biological and nuclear weapons, and support our troops wherever they are deployed.

“It is GCHQ’s job to stay one step ahead of those who would do us harm.”