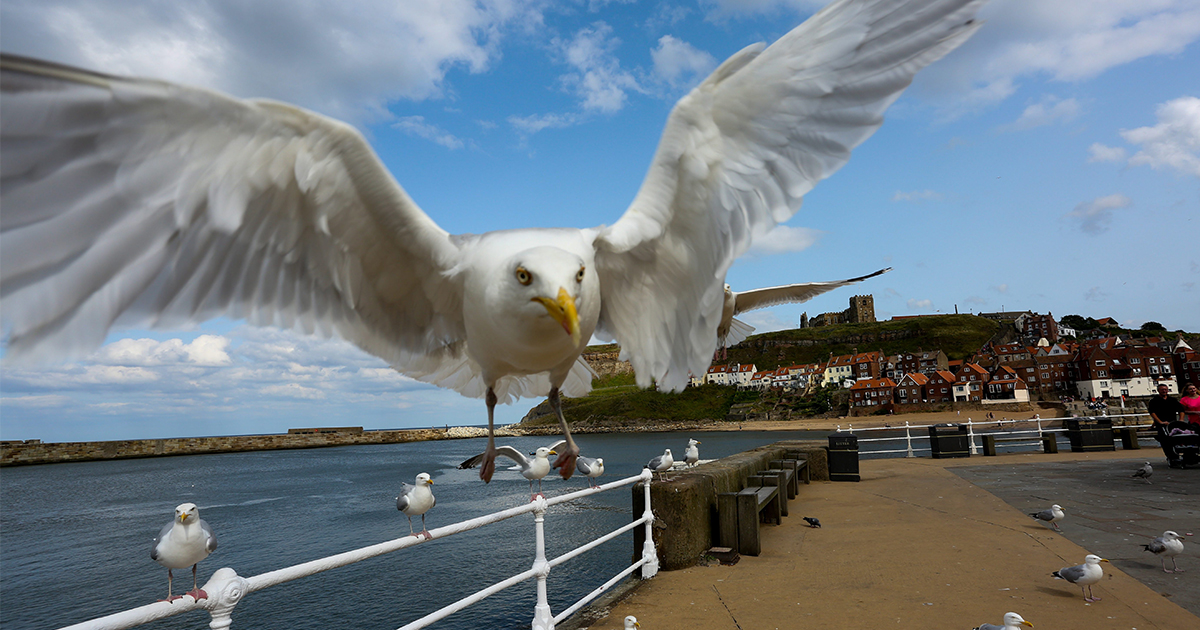 What you should and shouldn’t feed a seagull

Apparently we shouldn’t give them ketamine and chips

In the past couple of weeks, the UK has come under attack. Whether they’re savaging dogs or stealing chips, we’re in the grip of an epidemic of bloodthirsty seagulls with bad attitudes.

After homicidal gulls killed an innocent Yorkshire terrier and a terrified tortoise last week, the country has gone into mass panic – with X Factor mogul Simon Cowell even having his dogs Squiddly and Diddly fitted for gull-proof mini helmets.

Gulls have also been committing street-level crime, with one terrifed Bath resident calling the police to complain that one had stolen his sandwich. David Cameron donated a £250k war chest to Sussex council earlier this year to deal with the airborne threat, but it looks like even the PM’s biggest guns couldn’t stop them.

In a speech made this week, he talked about the need for “a big conversation” about seagulls, warning that “we do have a problem”. But maybe the PM is being too harsh on our feathered friends – after all, it’s us that keep on feeding them.

Indeed the whole problem of greedy gulls comes from the fact that humans have been all-too happy to give up their food to them in the past, and now a council in Wales has claimed that the feeding of seagulls is a religious right.

In an attempt to improve seagull/human relations, we spoke to the RSPB about what you should and should not be feeding them – and whether your generosity could be causing them to kill. 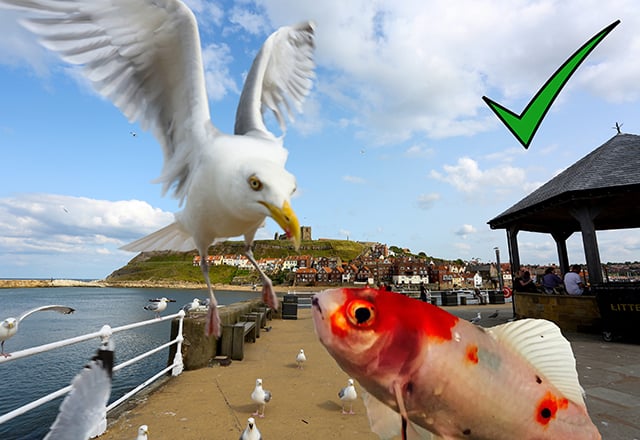 Unsurprisingly, fish is the first port of call for seagulls on the hunt for a meal. RSPB spokesman Graham Madge said: “When they’re feeding naturally the birds will be feeding principally on fish.

“They don’t dive for it: they either take it from the surface or they paddle around and take fish and shellfish from the tideline.”

“They have followed humans as we’ve gone out to sea to fish – they learn to follow trawlers and hang around at fish quays and places like that.”

So if you ever find yourself in or around the sea with an excess of raw fish and you’re looking for a dinner date, rest assured that a friendly gull won’t be far away. 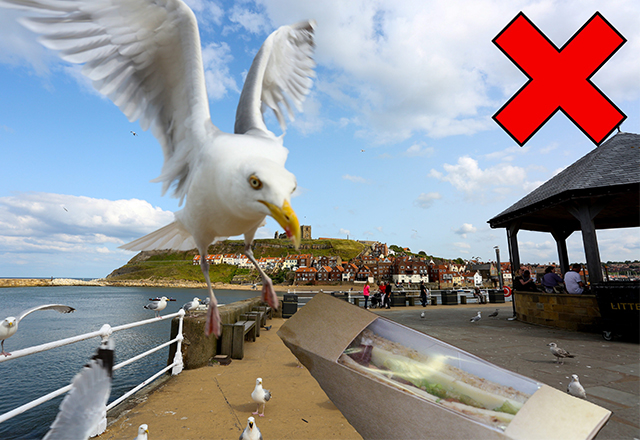 A stalwart of bird feeders from all over, there’s nothing technically wrong with giving a seagull a bite of your foot-long.

The problem is, these birds don’t know the danger of bread – and we’re not just talking about all those refined carbs.

“We see it with ducks, geese and swans – when they’re fed a continual diet of bread it means they’re not getting the nutrients they need from other sources of food.”

Better save some of the loaf for yourself then. 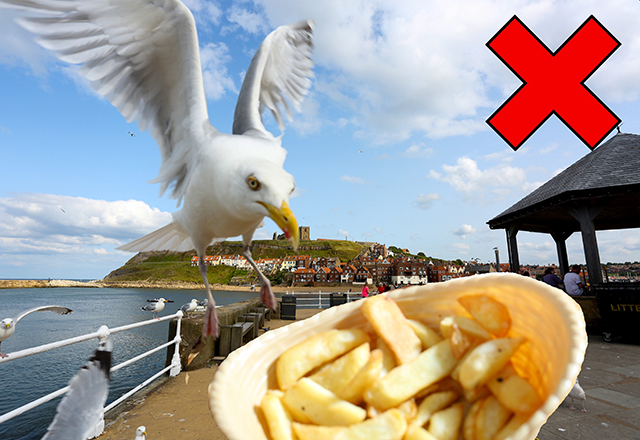 The same goes for chips, a long-time favourite of gulls up and down piers across the land.

Seagull specialist Graham says: “These birds are highly evolved but that evolution hasn’t led them to be able to feed on chips exclusively.

“It’s the same with humans. There’s no harm in moderation but if your diet was consisting almost exclusively of chips then there would be health problems associated with it.”

And no, low-fat mayo won’t make a difference. 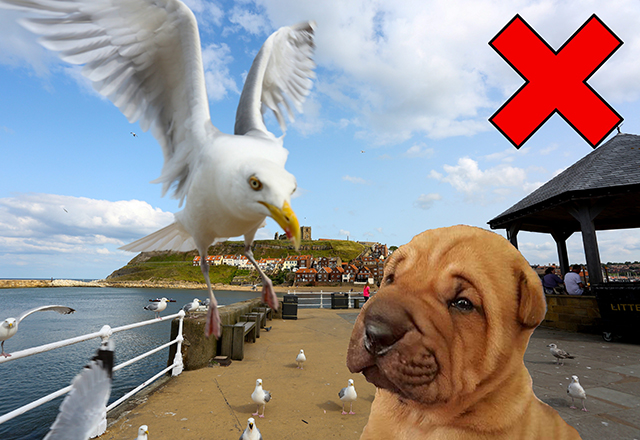 If Simon Cowell’s miniature dog helmets aren’t enough to convince you, then we don’t know what is – seagulls are gunning for your dogs.

But bird enthusiast Graham insists that they’re not just looking for a four-legged feast. He said: “Our assumption would be that the birds would have been trying to protect their young.

“When the young are about to leave the nest but can’t fly yet, they’ll often flutter down to street level and turn up in gardens or in local streets.

“The parents are obviously still trying to protect their offspring, so they regard anything that approaches them too closely as a threat – and they’ll deal with the situation.” 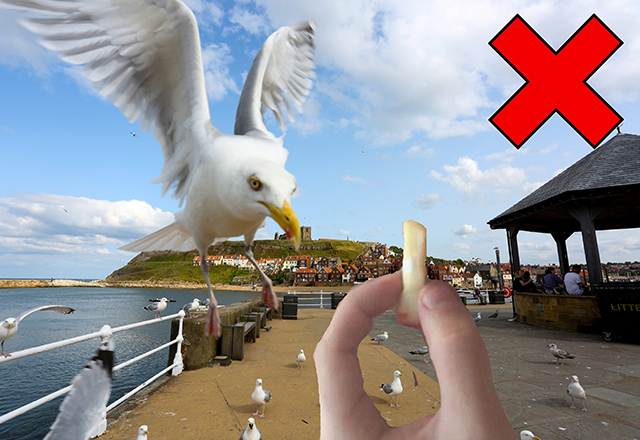 Bird lovers were up in arms this week after Brit tourist Joshua Greenwood filmed himself appearing to feed a ketamine-laced chip to a seagull.

Although unsure of the effects the horse tranquilizer would have on a tiny seabird, Graham wasn’t all-too impressed with Greenwood’s antics, saying: “If the incident did happen then obviously it would be a case of cruelty.”

In the wake of the video, RSPB North spokesman Tim Melling condemned Greenwood in The Daily Mail: “Like with all drugs, their effects differ according to body size.

“If you give something to a baby, for example, the effects would be devastating – and a gull is smaller than a baby.”

You heard it here first, folks. 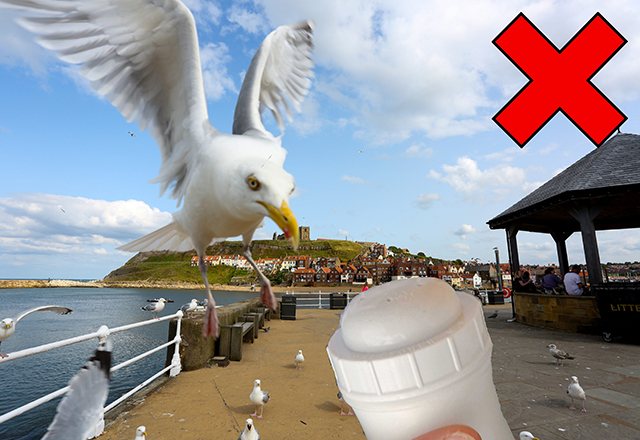 Of course Greenwood was defensive of his actions, telling us in an exclusive interview: “It was just salt, not ketamine.”

However RSPB spokesman Graham warns that this could still be problematic. He says: “It depends on the quantity of salt.

“Obviously gulls live in and around salt water, so normally birds that are adapted to a marine environment can handle high loads of salt.

“But why do it? What’s the point? It seems futile and is potentially something that could be harmful.

“There are other ways to interact with birds without verging on cruelty.”

So next time you go to feed a seagull, have care – it’s probably best to leave them to do their own thing after all.

Who knows? Maybe then those bastards will stop killing our dogs. 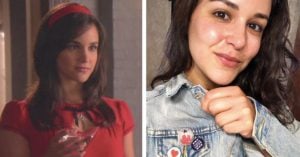