Revealed: How boozy is your uni?

Newcastle go the hardest, spending the most on alcohol and more time out every week than any other uni.

Bristol, Leeds and Manchester also topped the rankings for most time spent socialising every week according to new figures from the Natwest student living survey.

Winners Newcastle are socialising for an average 15 hours each week and drop £15.27 on booze.

On the bottom end of the scale Southampton spend the least time socialising, while stingy Exeter shell out just £6.64 per week on booze. 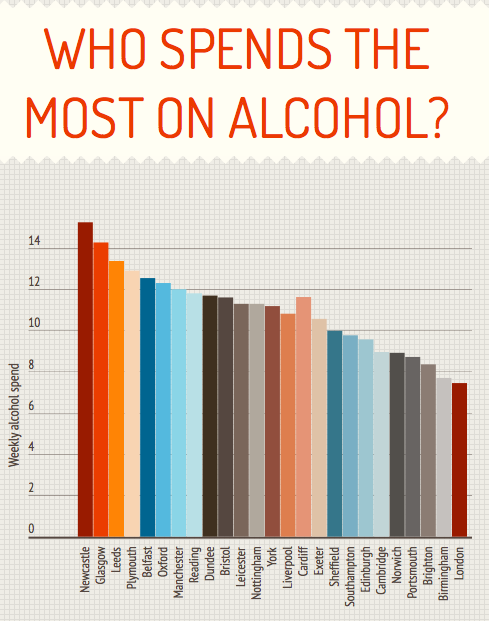 Oxford put away more than Cambridge, spending over 15 hours socialising a week  and splurging £12.32 on alcohol – while their loser rivals spend less than £9.

Surprisingly students at London unis have the lowest booze spend of all at just £7.46, which suggests they’re predrinking to fight off expensive drinks in the capital.

They don’t need alcohol to have a good time in Birmingham, as students there are high up for time spent socialising – 13.92 hours a week – but spend just £7.71 on drink.

Even top druggys in Manchester still like to get boozy, spending over £12 on the stuff each week.

And it looks like we’re getting more fun too, as five per cent of students put socialising as their main motivation for picking a uni – which is up two per cent from the year before.

The survey also revealed that Scots smoke the most, as Glasgow and Dundee topped the list for weekly cigarette spend.

Even factoring in non-smokers, the average Glasgow weekly cig spend was £2.30, while Dundee puffers splashed £1.67.

Meanwhile Newcastle clearly prefer tanking it to tobacco, as up in Toon they spent the least on cigarettes every week. 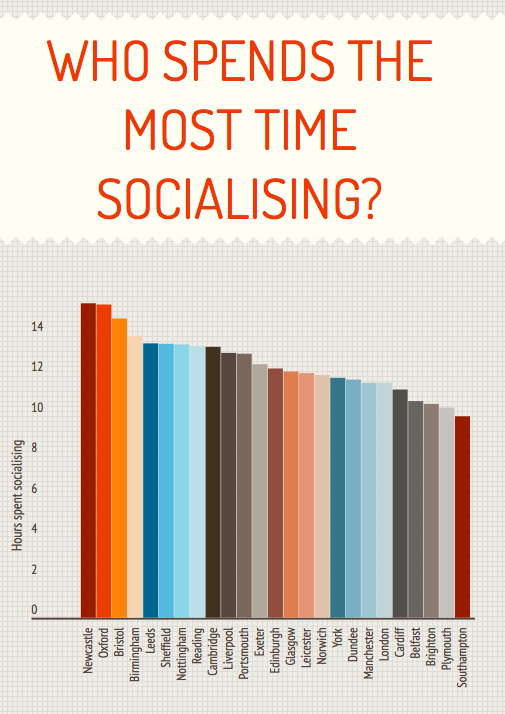 Loughborough fresher suspended after saying his non-white flatmates ‘all stink’