At Outlook, Tomorrowland or even Coachella, the vibe is one of peaceful enjoyment of music, each other and the idyllic surroundings. People are there to enjoy themselves, get a little merry and above all, have a relaxing weekend.

Back at home however, it’s a different story. Whether it’s a topless raver giving you the death stare for bumping into his sweaty body or your local neighbourhood youths trying to start a fight for your half-smoked cig, things are just a little bit nastier.

The level of aggression at festivals is nuts. What is this obsession with mosh pits? Why do you want to beat up strangers to Sheeran’s sultry tones or some upbeat summer saxy-house? If you feel the need to head-butt the nearest thing with a pulse, you should stop drinking, buy a stress ball and get some help.

British fighting genes are not the only issue though. Our “I don’t have to clean it up, it’s someone else’s job” attitude is ridiculous. Our parents may have been the ones to start the downfall of the environment but our generation is giving destroying the planet a good crack too. The scenes from post Glasto this year are horrible. No-one’s asking for miracles here, just make a little effort to find a bin. 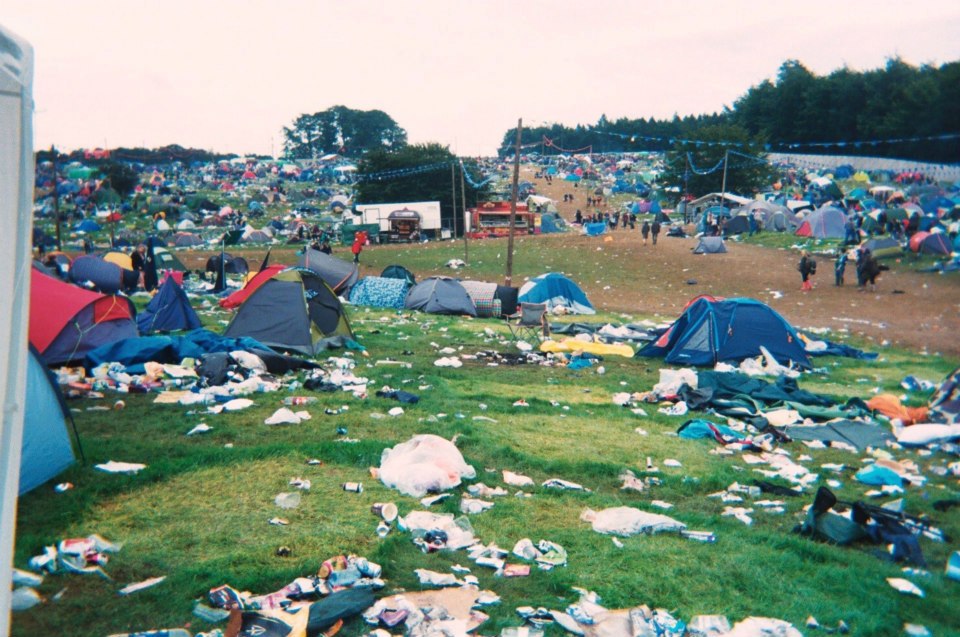 These shocking scenes were echoed at last years Leeds fest where some mugs thought it would be a good idea to set fire to their own camping gear when they left. How dumb is that? Not only does it create a nightmare for the volunteers who clean up but you’re risking a serious fire if it gets out of hand, not to mention wasting a perfectly good tent.

Where has the respect for others gone? The simple fact is that if you have camped at a festival in the UK you have had your tent pissed on. OK, that’s not the worst thing that could happen, but it makes you feel dirtier than a Monday morning post-festival romp and more seriously, there’s a real danger of having your belongings rummaged through and stolen. Considering the amount of hours spent away from the tent, is it too much to ask to not steal from people just because tents have zips not locks?

Another issue that seems to uniquely blight British festivals is groping. Like any bog standard club night it seems some people think it’s OK to touch others inappropriately like they’re some sort of item on a shelf in a shop, except, instead of it being an issue for five hours, it’s a 24 hour problem for four days straight. Being pissed is not an excuse, their outfit or fancy dress is not an excuse. 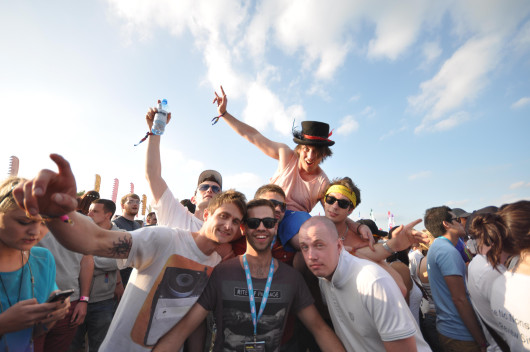 you wouldn’t see these mugs at Coachella

At the end of the day, you can’t really imagine Coachella or Outlook having to deal with your average British 16-year-old, tinny in one hand, rolly in the other, donning a full grey adidas-tracksuit. From personal experience, your foreign festival friend is far more willing to go the extra mile to make your stay that little bit better. Case in point, I met a group of Swedes last year at Tomorrowland, they moved their tent, helped us put up ours, got us involved in a circle, made sure everyone spoke English and gave us so much booze – hardly the welcome you’d get at a Reading or T in the Park.

The gist of all this is a simple appeal. Can we please, as a nation, stop being festival wankers? Have a bit of respect for the other people there and the volunteers who make them what they are. Try to take a leaf out of the continental book and make everyone’s festival experience more about peace and love than pissing and lads.