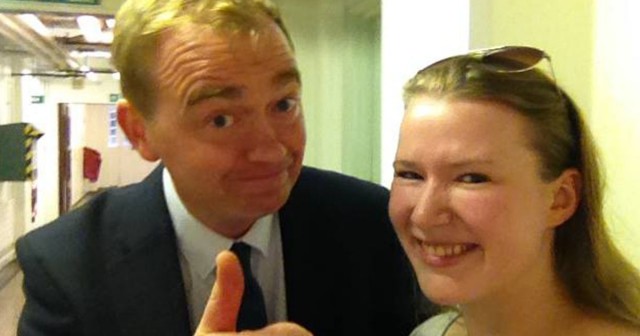 A savvy postgrad blagged her way into VIP to take the first selfie with politician Tim Farron since he became the Lib Dem leader.

Jammy Robyn Lewes, 23, went to see the newly-elected boss address the party faithful in Islington town hall and ended up being invited in by the big dog himself.

The SOAS masters student told The Tab: “He’s my MP from back home so when I realised he was giving his speech down the road from where I live in London I went down.

“There was a massive queue to get in so I wandered around and at the side of the building, where the important people seemed to be going.

“I happened to catch him walking in. I said I was from his constituency, he shook my hand and said he recognised me.” 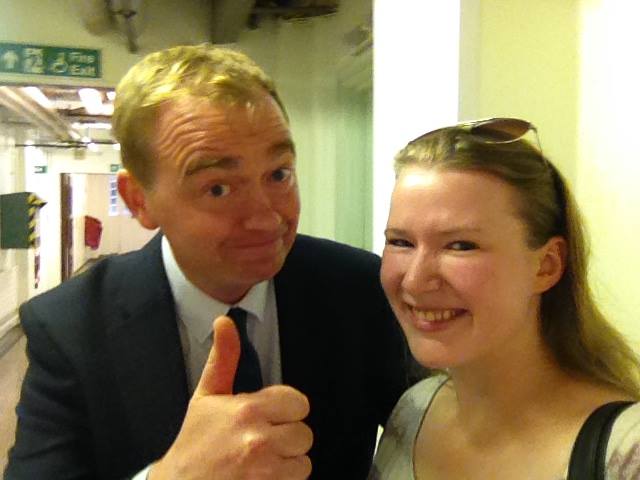 Lucky Gender Studies student Robyn added: “I think that was because my dad is a local radio journalist. I said I couldn’t get in  and he said ‘ I’m sure I can get you in.’

“Then I was ushered through the back corridor, where I took the selfie, and watched Nick Clegg come up and congratulate him.”

New Lib Dem leader Tim was one of the few party members who voted against the tuition fee U-turn, he is also a devout Christian and a vegetarian. 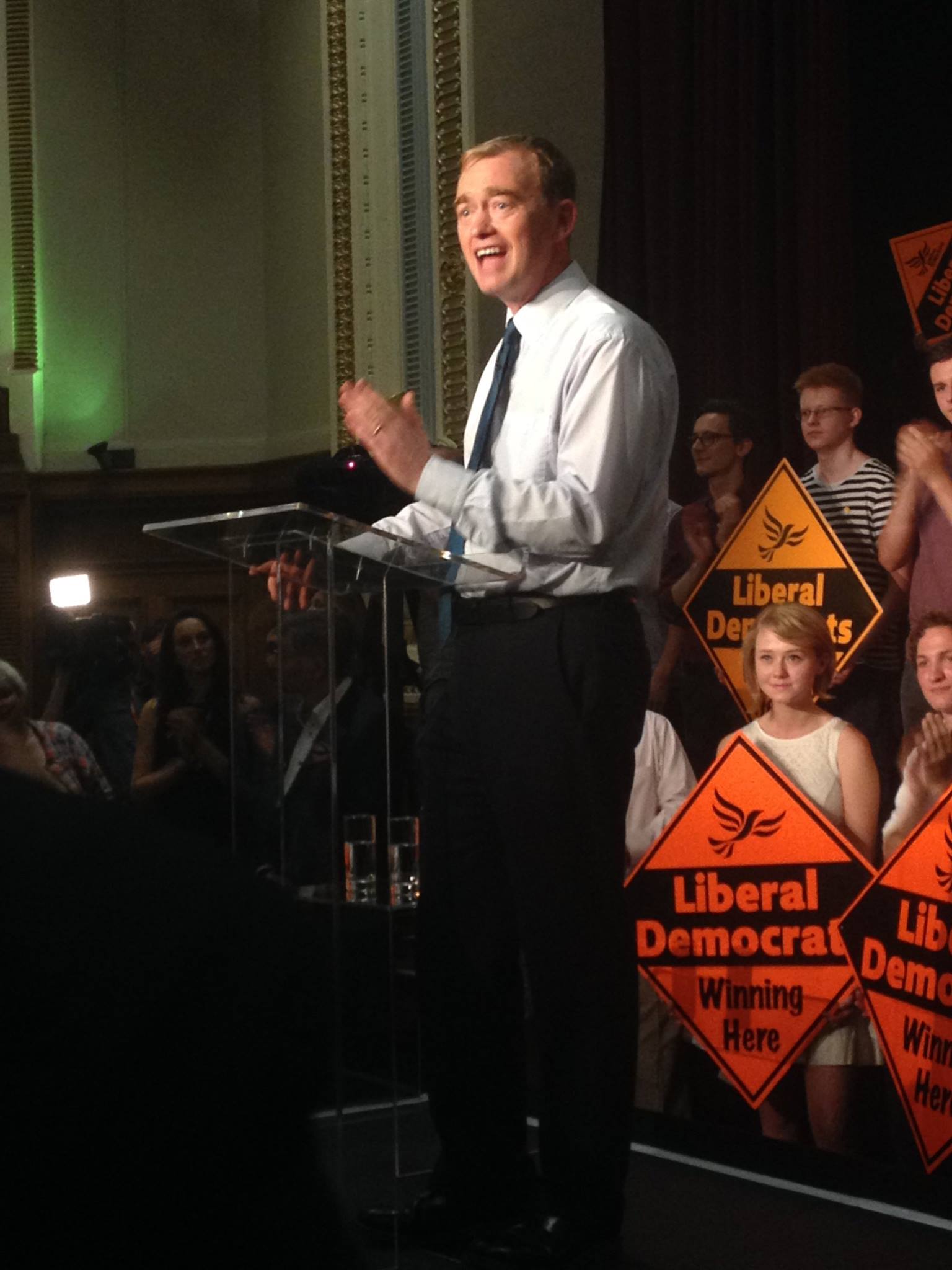 Robyn continued: “He was a really nice guy, chatting to me the whole way, asking what I was up to.

“The speech was very much about taking the blow from the last election, learning from it, moving on and making a come back.

“There was definitely an atmosphere of hope. As you’d probably expect!”

Despite being wiped out at the general election, losing all but eight MPs, the party have reported 19,000 new members since May.

Leader Tim Farron tweeted afterwards: “Our job now is to turn millions of liberals throughout the UK into Liberal Democrats.”