Is your degree a waste of time and money?

When you were in school, you were probably too busy drinking strongbow in the local park to bother considering alternative options to University.

Everyone went to uni, even if it was to study Cattle Rearing and Philosophy at Bangor. Even the wasters from Skins filled out a dreary UCAS form, apart from the guy who died from taking too many pills. 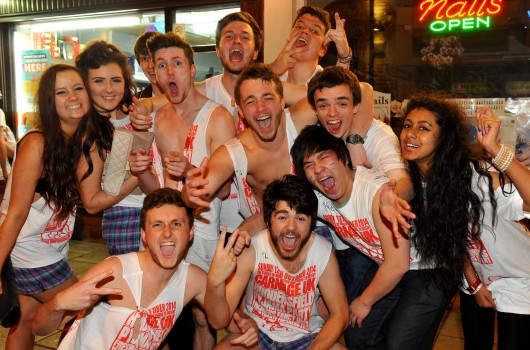 Uni has become a rite of passage

But times have changed since the noughties. The government is now blue, fees have skyrocketed and now glum new data from the Accenture UK Graduate Employment Survey has revealed that most graduates are working in jobs that they believe are below them.

So it’s unlikely that a 2:1 will even land you a desirable job. While 77 per cent of this year’s graduates optimistically think their degree has prepared them well for the workplace, the reality is much different. The shocking truth is after a year in work, the reality hits.

60 per cent of older grads – those who graduated in 2013 and 2014 – consider themselves underemployed or working in a job that does not require a degree.

These numbers validate the Headmistress of St Paul’s Girls’ School, Clarissa Farr, who recently declared University could be a waste of time, even for the very top students.

With most grads working in rubbish jobs, teenage tech millionaires popping up faster than they can squeeze their own spots, business leaders and teachers alike blasting degrees as pointless and post graduation debts averaging 30 grand, should sixth formers just stop bothering with university and get a job?

To answer these concerns, we interviewed an expert at Bond – a membership body which provides jobs and analyses the job market in the international development sector – to work out whether you should have bothered filling out that dreary UCAS form in the first place. 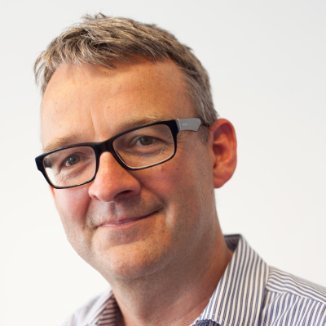 Mike Wright – Director of Communications and Membership at Bond

Mike Wright, director of membership and communications at Bond, has worked in a variety of sectors from the charity to culture sectors. With over 20 years experience in networking, he said: “I’m in a unique position to analyse the worthwhileness of a university degree for employment.”

The Tab: Is university worth the price in terms of employability?

Mike: Lots of research shows graduates are still getting paid more than non-graduates. The ONS released data showing that graduates earn around £12,000 per year more than non-graduates on average. That said, there’s a tipping point where university will no longer be worthwhile. The conservative government can take some of the blame for that. The way you can sign up for one loan agreement and they can just change the terms at a minute’s notice is not acceptable. I think the austerity narrative is very dangerous.

The reality is that many graduate level jobs that are very complex, particularly in the sectors I’ve worked in, do not pay huge salaries. You need very able, very clever people to do these jobs because they are very complex, but these people won’t get paid a lot.

Unless you’re studying something vocational like law or medicine, what can a degree actually add to your employability?

No degree can prepare you for the specific complexities of the work place. There is a huge gap between what you get taught at universities and the specific skills you need at work. There needs to be a much bigger connection between work and education.

Of course, the content of a degree can make a big difference. A degree can help you develop as a person over three years in a safe environment. There’s an approach: a kind of way of thinking. To be able to analyse an issue, to draw on examples and conclusions and to be able to write in a clear and concise way are all useful skills taught at university.

Is it beneficial for this many people to go to university?

I think there are probably too many people going to university. There are lots of clever people out there without a degree. Having a degree doesn’t confer cleverness upon you. Now we’re in a place where the supply of graduates far outstrips demand. There’s not a huge intake in many sectors at the moment, so I think this is why so many graduates are disappointed with where they end up.

Should we all just be doing boring vocational courses, then?

I studied Classics at university, but I’m not sure I’d do it if I were 18 in 2015. I’d like to think that I’d do the same again, but there are so many more pressures at this time. Back in my day university was free. In the early 1980s we didn’t realise how privileged we were. Most people just did courses that they were interested in.

Because the debts that you are likely to build up through doing a university course are becoming so high, we might just be heading towards the tipping point where going university isn’t worth it for many people.