In my spare time, I like to put on Lycra, oil up and get thrown about by other men

It’s ok though because he’s a wrestler

Meet Liam Slater: recent graduate and professional wrestler. Quite possibly the only man to ever admit he enjoys oiling up and tackling other men.

When he isn’t studying or working part-time at a carvery, he’s laying the smackdown on his opponents up and down the country. Liam, who has just graduated from the University of Huddersfield, started wrestling when he was 17, and in the space of just four years, has gone from zero to hero. He’s now a professional wrestling champion.

The Broadcast Journalism graduate, who’s from Wyke in Bradford, is billed as Liam Lazarus, the 5’10, 175 pound grappler who dazzles his opponents with flashy dance moves and high-flying offence. His wrestling character comes out to the Vengaboys’ We Like to Party, and is known as the driver of the Laza-bus, often incorporating dance moves into his arsenal. 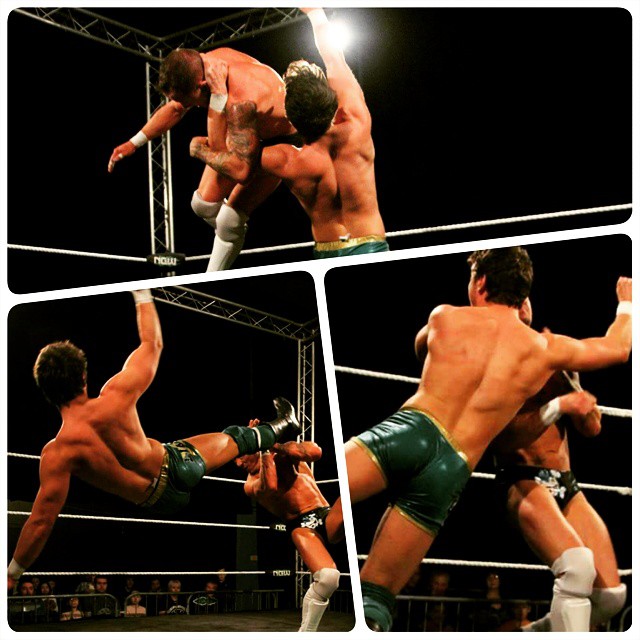 If you can’t tell, Liam is the one who is winning.
Photo Credit: Chris Evers Photography 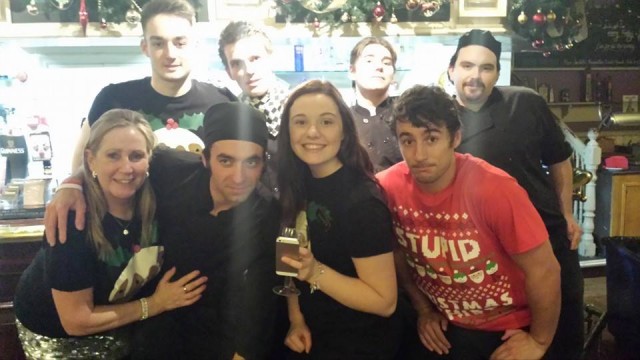 Liam’s on the right in the dashing Christmas t-shirt

The 21-year-old brushes off juggling university and a successful wrestling career. He told The Tab: “It’s actually been quite easy. They complement each other nicely, and I also have a part-time job. The only difference between a uni day where I’m wrestling is that I’ll have my case with me, and I’ll be wearing suit pants instead of joggers.”

While the Vengaboy here touts how well both careers fit together, it is clear how much effort he puts in to make it work: “It was all about time management. Making sure I was back from university in time for work, making sure I had cover on the weekends I needed off, trying to read a book chapter while on the road, fitting gym sessions in. The amount of times I’ve run across Huddersfield to get to a lecture is ridiculous.”

With wrestling being based on physicality, Liam is expected to keep a certain physique for when he steps inside the squared circle, which entails a vicious workout regime and a strict diet.

He added: “I work out four or five times a week, and try to train at least once a week during term time. I definitely prefer to work out than study.  I ate a massive amount of Subway salad bowls and flapjack at uni. I also went to a sandwich shop called Tucker’s pretty much daily for three years. £2 for a really full jacket potato with tuna. It was often a case of eating discreetly during lectures or running to the shop real quick for a flapjack.” 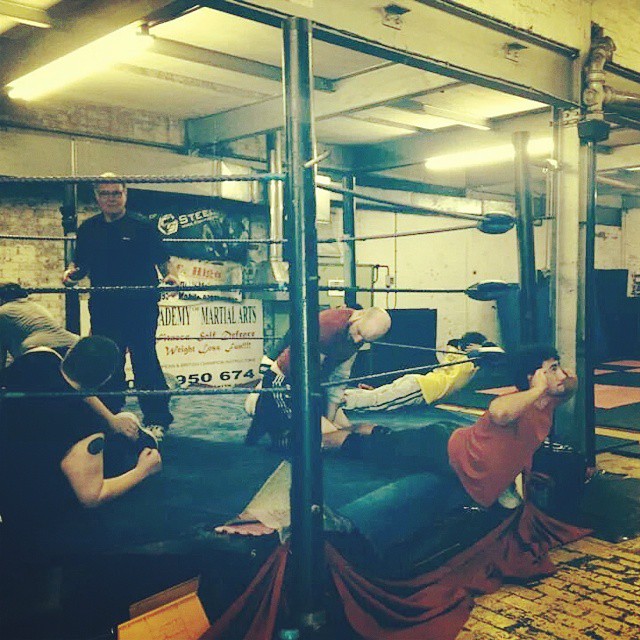 Liam also doesn’t drink because of his training, dubbing himself a “rubbish” student. He said: “I’m a pretty rubbish student if I’m honest, because I don’t drink or go out much. I have a few times but it wasn’t a regular occurrence. On the weekends, I’d be travelling to shows to wrestle and on student nights I’d be training. I enjoy going out, but I’m an athlete: a good night’s sleep and maintained diet are more important.”

His dedication to his craft has paid off though. Back in December, he won the Tidal Championship off Rampage Brown, becoming the promotion’s main champion and one of their central stars as he began to write his dissertation. He added: “The pressures of both were clear. Being champion means I’d have to perform at my absolute best.”

While the Journalism student found himself with a much larger extracurricular workload than most others, it often became an excuse to procrastinate from uni work, rather than finish it on time: “I like to fool myself and think I’m a deadline man, and I work better in a rush. I don’t, training was often an excuse to go to the gym instead of the library.” 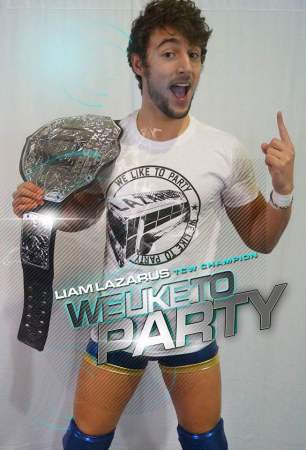 The champ is here, his trousers are not. Photo Credit: Chris Evers Photography 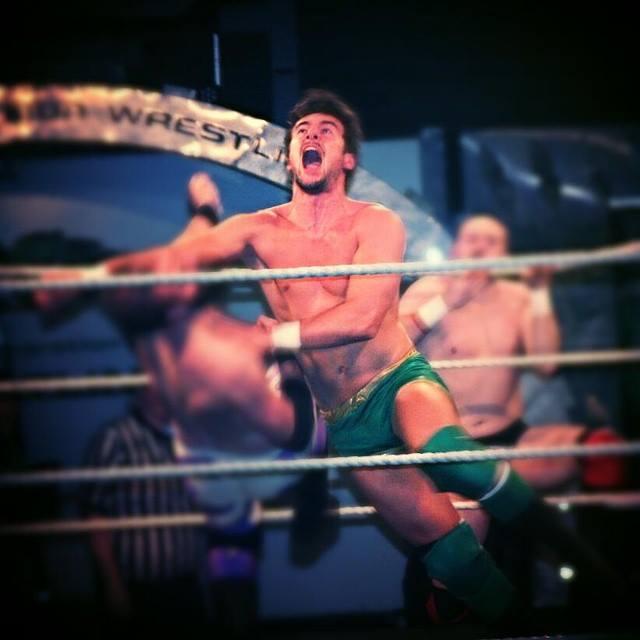 He continued: “My dissertation was about televised British wrestling actually, so it was killing two birds with one stone. I could talk about wrestling with people in the business and pass it off as work. With a dissertation though, it really has to be the best work you ever do. I’d much rather be the champion defending against the best in the country than writing my dissertation again.”

In the professional wrestling industry, being a promotion’s champion comes with the expectation of representing that company every time you perform. While this might sound quite serious, Liam has had some light-hearted moments in the ring.

One of his favourite matches was a Teabag Deathmatch with American independent star Shane Strickland. In this match, any tea-related paraphernalia is legal, including teapots, teabags, mugs and tea trays, as Liam explains before the match begins in this video.

Now he’s graduated, Liam is looking to the future and wants to continue wrestling. He said: “I plan on wrestling for as long as possible. I’m wrestling pretty much every day in August at holiday camps, something I’ve always wanted to do.

“Some people do a gap year travelling around the world, I’ll be travelling around Pontins Camps. I’d love to go full time at some point, but I’m also realistic about life. I’ll probably need a proper job now I’ve graduated, and I’m now in the rat race.”