At uni you’re forced to make huge decisions about your future on a daily basis. But, like so many of you, we have no idea what our future holds, except for the fact that we felt unqualified to decide on it. So we put our future in the hands of the stars.

We visited the highest quality psychics and mediums that Camden has to offer in an attempt to discover our future, and to try and dispel our scepticism

The first psychic we went to was Butterfly Tarot in Camden Lock Market, who gave by far the most extensive reading, clocking in at around 30 minutes long. 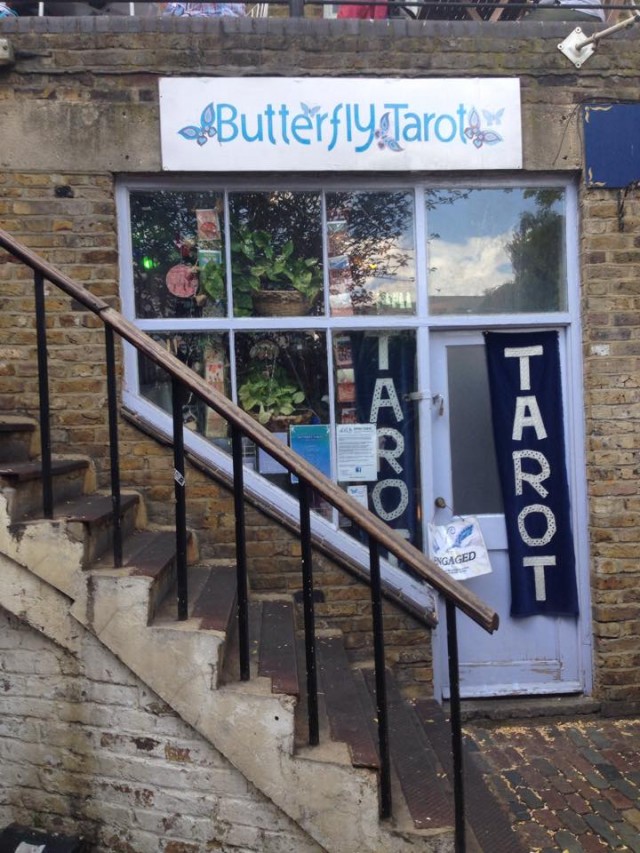 The Butterfly Tarot shop itself was an emporium of exotic incense and trinkets of the weird and wonderful variety. The books about clairvoyance were also a little unnerving. Here, I had my tarot cards read. Initially I was told I would have professional success, but when it came to stuff more specific to my life my scepticism began to grow. The psychic decided that engineering had some special significance to my life.

Peering at me she said: “I am getting something about engineering, although I am pretty sure that’s not what you’re studying.”

Although this is correct, she kept deciding to come back to it.This is to a second year English student that would be more worried about getting oil on his shirt than anything else when mucking about with Engineering. 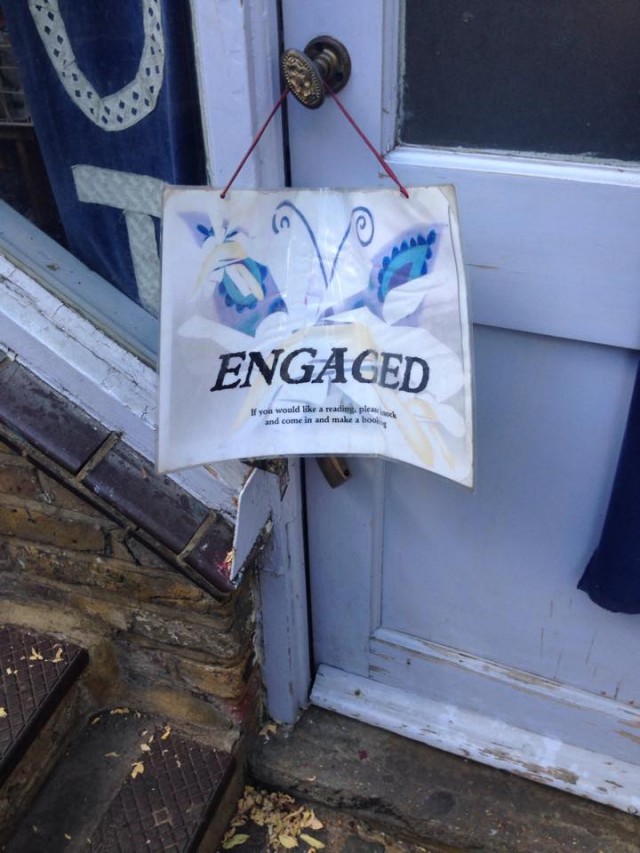 Considering we had told her before hand that we wrote for a student publication I was surprised she didn’t work out what I actually studied, or at least that I was a Humanities student.

Despite this, the psychic was rather convincing at twisting it in to a way which could be convincing by linking it to another area of my life, which she could then use to springboard on to the next subject. She was also pretty pleasant and nice to chat to, potential inaccuracies aside, and it was only £20 for half an hour.

Next, we visited Lucy’s stall in Camden market. Lucy, as well as being an extravagant Italian psychic, was great at multi tasking. She managed to simultaneously sell bracelets to customers while reading my palm. I could really feel the psychic connection. 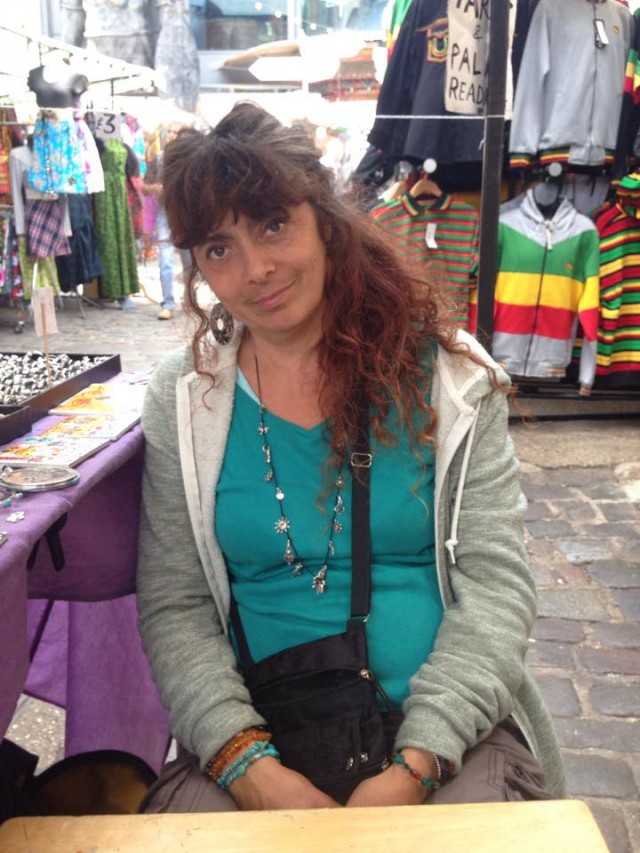 Much like the first psychic we visited, Lucy again told me I’d have professional success. Maybe these guys actually know what they’re talking about. Or maybe they just know an absolute legend when they see one.

As soon as Lucy looked at my palm she was excited. She told me: “This is a very very unusual hand. I only see a hand like this once in a blue moon” 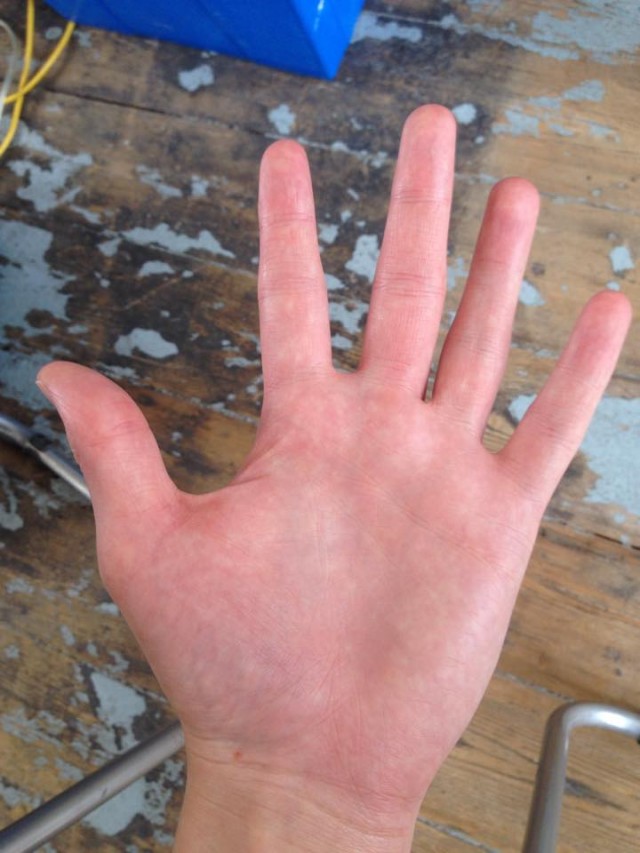 Look at this amazing palm!

But it wasn’t all good. She also told me I’d have lots of children, but one of them would die. Let’s hope it’s the most annoying one.

Switching to the other hand, she added: “One of them will be a very important person one day, they could be a famous politician, doctor, surgeon, you know somebody important.” Going by most politicians today I think I’d prefer the doctor or surgeon.

On the lighter side she did tell me I would have a very long life. McDonalds and cigarettes for dinner tonight then. 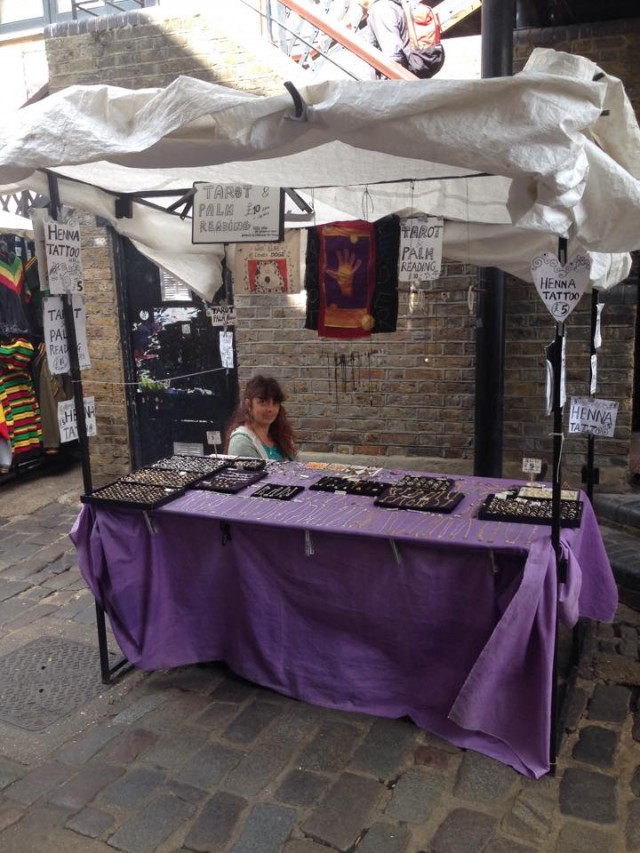 Lucy was also very keen to get me to ask her questions and to direct her in her reading. My suspicious side instantly felt that she was digging for clues about my life to talk about.

Although Lucy’s stall didn’t have the same mystical feel as Butterfly Tarot, you can buy some nice jewellery whilst you get your fortune told. Also her prices are slightly less at £10 for a tarot or palm reading, and £15 for both.

We visited our last psychic for the day, Gary Markwick, who did Palmistry at Camden Market Hall.

Gary told me he comes from a long line of psychics: his mother read minds, whilst his uncle predicted his own death before going on stage. He initially ignored his gift and pursued a different career, but eventually found that all roads led to this profession. 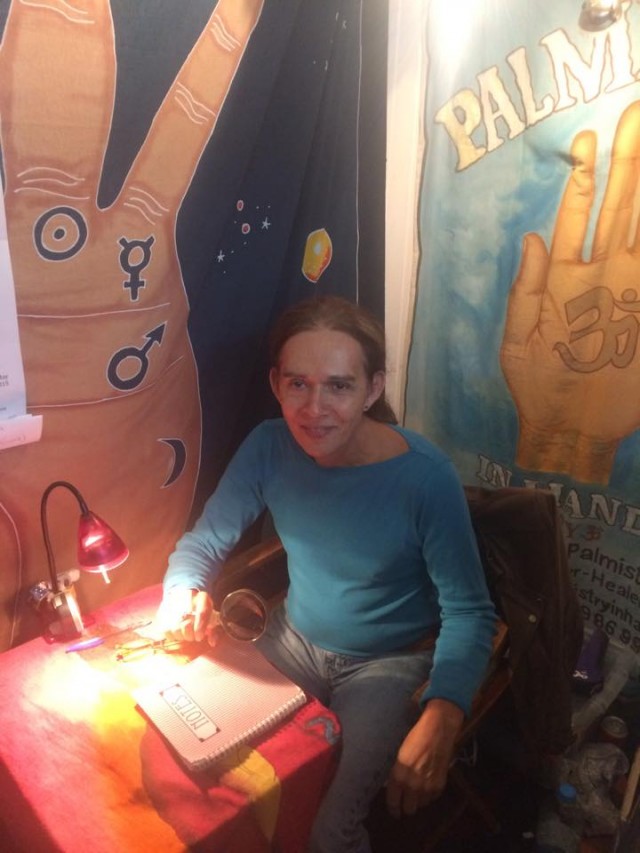 Although sceptical, I was really impressed with the accuracy of the reading. Gary knew about a neck problem from a few months ago – no, I wasn’t wearing a cast or holding my neck crying – almost immediately and read my personality perfectly. 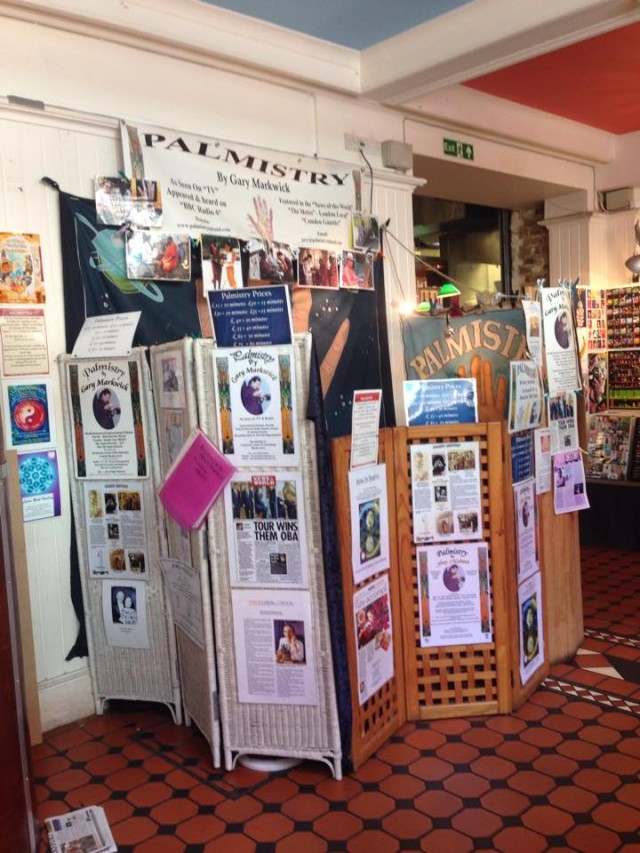 He did mention a few things I thought were a little obvious, like wisdom – it’s literally the first thing you notice about me. Similarly, he hinted at my writing abilities, despite us already telling him ahead of time the reading was part of an article we were writing.

He hinted: “Maybe if you got into any writing or something like that. Have you done any writing?” 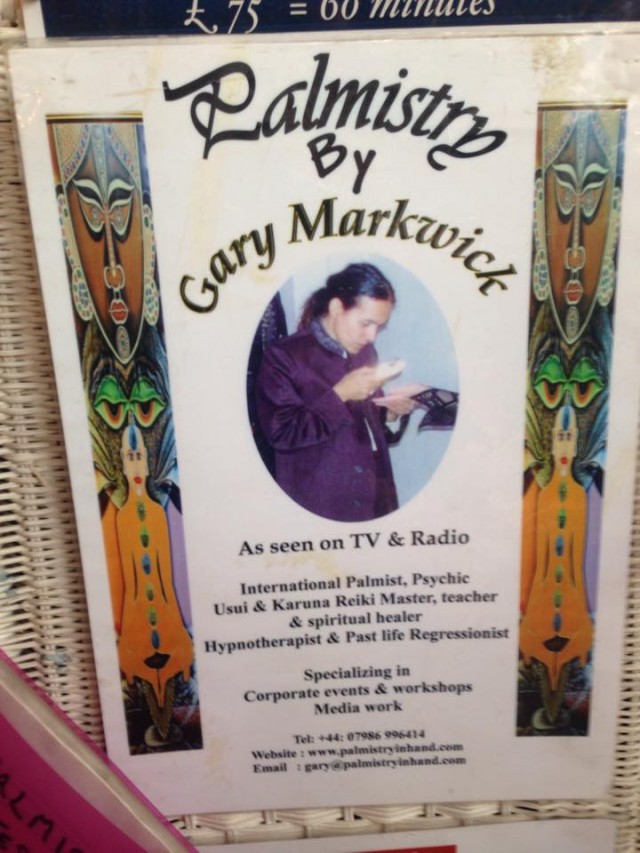 It turns out that life is looking pretty good for me. After a brief panic when Gary said I would have 4 or 5 children (this number was later dropped to two), he predicted a good career, a long life, money, travel and happiness. So there’s no need to worry about all those missed lectures, success is written in the stars.

Also apparently 20 is going to be my best age, so it’s good news I’m still 19. Excellent stuff. Gary was definitely our favourite.

It’s pretty hard to decide whether anything any of these people said was real or not. The people who practice these arts are good at reading people if nothing else, and, if we’re cynical, at twisting small pieces of information to create a believable picture of the future. But that in itself is a pretty impressive skill. And it doesn’t hurt to be told everything ahead of you is looking rosy – apart from the dead kid and neck problems.