The Sun hate you and your hippy crack

Vulnerable revellers could be blighted by trench foot or parasite tabloid photographers shaming you for having fun.

A condition normally reserved for World War One battlefields, medics at the 33rd Glastonbury festival are preparing for the worst with miserable weather forecast for the weekend.

And don’t try to laugh it off, after several papers carried photos today of happy campers inhaling NOS balloons — a drug they like to denounce as “hippy crack”. 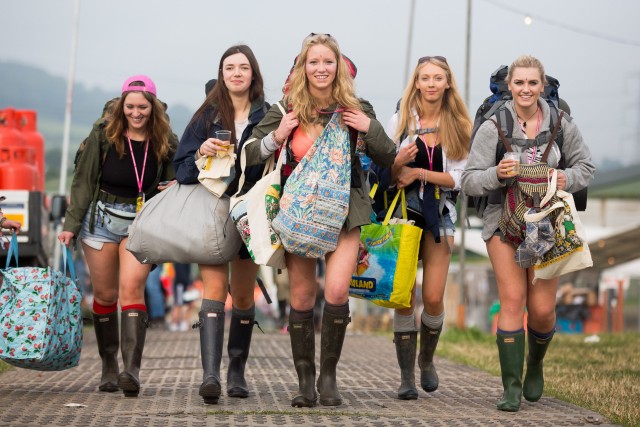 You won’t be having fun when your feet are swollen

The hot temperatures this week and impending rain has led doctors and paramedics at Worthy Farm to prepare for sunburn and dehydration as well as trench foot, twisted ankles and fearful diarrhoea.

Hundreds of patients visit the on-site hospital every day. Martin Taylor, the chief pharmacist at the 135,000 strong festival, said: “When it rains we see trench foot, diarrhoea and knee and ankle injuries. When it’s hot, you get lots of eye problems because of the dust, lots of ashtma, dehydration is a big problem.”

Taylor admits they’re even ready if your waters break and need to give birth in Shangri-La. 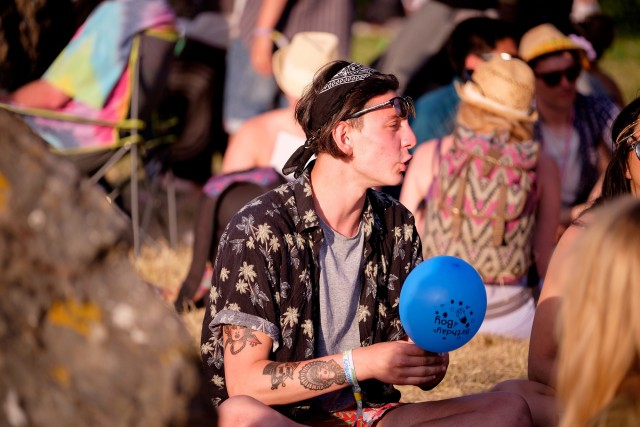 He added: “We hope we’ve prepared for everything – even for people giving birth, which has happened in recent years. We do have midwives working here.”

Trench foot is a fungal infection contracted from having wet feet, known famously as a feature of the battlefields at the Somme. The feet may swell and you stand a chance of huge blisters and open sores. Taylor advised to take off your wellies and dry your feet when you can.

If you manage to avoid a dodgy stomach and horrendous feet, be aware of callous paparazzi shaming you for sucking on a balloon. 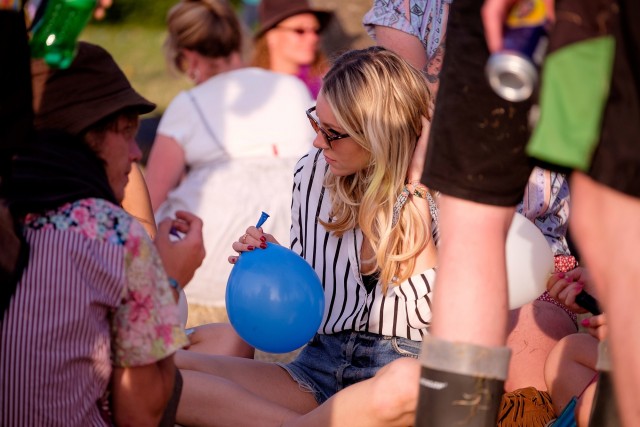 What would her daddy say?

Under the headline “The revellers who have hippy crack for breakfast,” fun crushers at The Mail said: “Inhaling the gas can make people feel euphoric, but side-effects include dizziness, headaches and impaired judgement. The drug can lead to a dangerous lack of oxygen or even death.”

They said: “The substance, also known as laughing gas, has been linked to at least 17 deaths since 2006.

“Fans wore fancy dress and carried booze by the crate-load.”

It came with the same picture of three people using baloons, as well as a man dressed as a can of Spam using the caption “meat you later”. 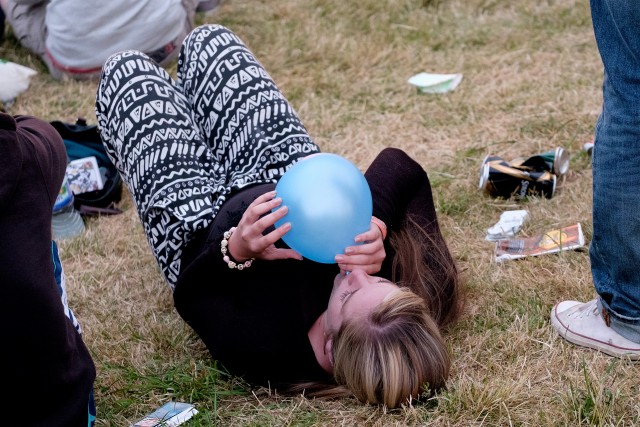 Look she’s been drinking Stronbow as well, the cretin

Escaping the lenses, anyone lucky enough to be at Glastonbury has the chance to see Kanye West, The Who, Florence and the Machine and loads of other better acts.