Nervous grads desperate to find work will be relieved to hear it only takes three and a half months to bag a job after uni.

Reassuring new stats suggest you only have to wait till the end of the summer before starting work – and 90 per cent of those who graduated in 2014 either have a job or are back at uni.

Job market experts looked at where last year’s grads have ended up and found working in higher education – at universities and colleges – was the most popular, shortly followed by financial services and IT. 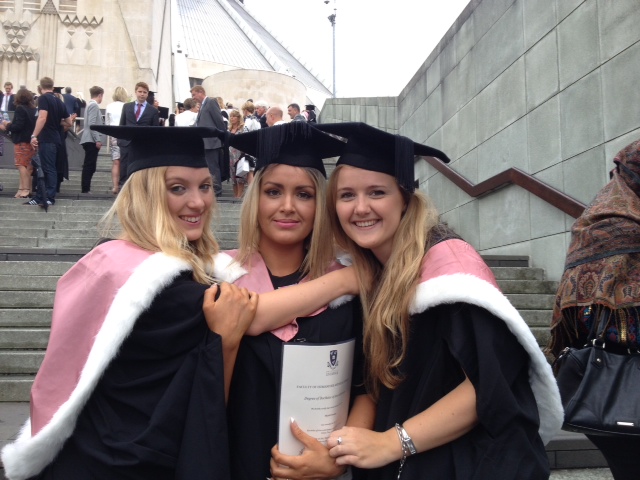 Just 14 weeks to go before you find a job

Number crunchers at LinkedIn looked at the profiles of everyone who said they graduated in 2014 and unsurprisingly found the number one city to move to was London, nabbing a quarter of young talent.

Manchester and Birmingham were a solid second and third, followed by Glasgow and Edinburgh.

Making rogue appearances were the United Arab Emirates, placing 16th and Singapore, coming 21st – ahead of Brighton and Aberdeen.

But finishing your degree and going straight into a job is still unlikely as only 15 per cent of grads had work sorted directly after uni.

LinkedIn spokesperson Darain Faraz said: “It’s fantastic that such a high proportion have found jobs, but our data shows that it doesn’t happen overnight.

“Many grads wait more than a third of a year before starting their first job and competition is fierce during this time.

“Students graduating over the coming weeks need to use every tool at their disposal to build a professional identity and kick-start their job hunt.” 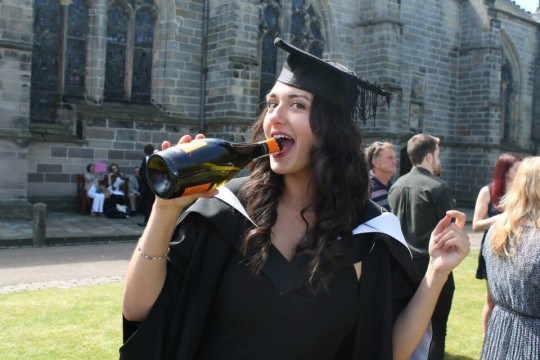 Get ready for an exciting career in higher education

Recent Glasgow Law grad Mhairi Hilferty, 21, said: “Personally, I would love to work abroad but the sad reality is that particularly in Scotland free education and healthcare are more valuable than any job.

“If I was looking to start a family or looking at long term employment I would want to be within Scotland or the UK.

“Given the current employment climate, you would have to consider working abroad.

“However, jobs can be limited in the UK and ideally I would like to avoid that if possible but at some stage you may have to face it.

“I’m not hugely surprised that Higher Education scores top. Although it’s sometimes not the best pay it comes with benefits such as holidays and state pensions.

“There are probably more vacancies than other professions. It’s unsurprising that people want stability.”

Glasgow Caledonian Journalism grad Alasdair King, 21, added: “I’d consider working abroad to London due to the cost of living there being so expensive.

“I can’t say I’m surprised that the City employs so many graduates. London is where a large number of opportunities exist but it doesn’t lead me into thinking that it’s my only option.

“In all honesty from the people I know around me I expected it to be longer than four months to find your first job.

“There’s a lot of uncertainty around jobs towards the end of a degree and just because you’ve been to university doesn’t mean you’ll walk right into work.”