Now her friends are raising money in her memory

A family have paid tribute to their 20-year-old daughter, who died of cystic fibrosis just four months after receiving a double lung transplant.

But the tragic young woman, nicknamed Tink because of her love of Disney, died on April 20, after she developed an infection when her body rejected the new lungs.

She had lived in Marston Green near Solihull, with her parents Marc and Tammy Banks, and had a seven-year-old brother, Ethan.

She had been studying for a degree in Journalism and Media at the West Midlands uni as well as campaigning to raise awareness for people who suffer with cystic fibrosis. 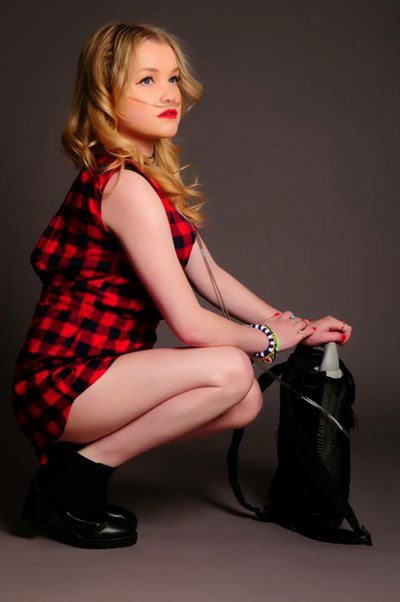 Tahlia had even abseiled from the roof of Villa Park last summer to raise money for the Cystic Fibrosis Trust.

On Saturday her dad, Marc, 40, said: “There is a mum of one of her friends doing something for charity in memory of Tahlia today so we are about to go and see her.

“It’s been horrendous for the family since last month. It is all very strange and we miss her so much.”

One close friend, Darryl White, 20, said: “She was amazing to be around. She will be missed immensely by us all.

“For such a small person she had such a massive personality and heart to match.

“Your spirit would be instantly lifted when you were with her and her insane laugh was contagious.

“Tahlia’s Disney collection is probably out of this world, she loved it that much. I hope one day they do find a cure for cystic fibrosis.”

Family friend Denise Danks was raising money in Tahlia’s memory this weekend by sitting in a bath of custard for as long as possible.

The mum-of-three, whose daughter Morgan had attended Grace Academy, in Solihull, with Tahlia, was hoping to beat her personal record after last year staying in a bath of mashed potato for six and a half hours.

Denise said: “Tahlia was beautiful inside and out. She was always happy. She was a joy to be around. Everyone in the community knew her and loved her.”

“I can’t get out because I make too much mess. I had to be hosed down outside last year.”

On the Just Giving page set up for the event Denise wrote: “In memory of local girl Tahlia Banks, who is remembered fondly by all whose lives she touched.

“Tahlia fundraised for the Cystic Fibrosis Trust for years. Awareness and funds need raising for this important and essential charity.”

To sponsor Denise in tribute to Tahlia visit her charity page.