Manchester is the capital of MDMA, coke and ketamine, says our drug survey

And Bristol is number one for weed and NOS

Now gurning ravers at Manchester can claim the title of the biggest MDMA dabbers in the country, according to our drug survey.

The results of our narco-poll answered by 8000 students reveals the drug capitals of the UK: along with Manchester’s ecstasy crown, they can boast a number one spot for cocaine and ketamine.

Stoner layabouts at Bristol win the top prize as the home of the least exciting drugs around: weed and NOS.

While Sussex trippers scoop the hallucinogen gong as the home of mushrooms and LSD — as well as 2009’s favourite, mephedrone. 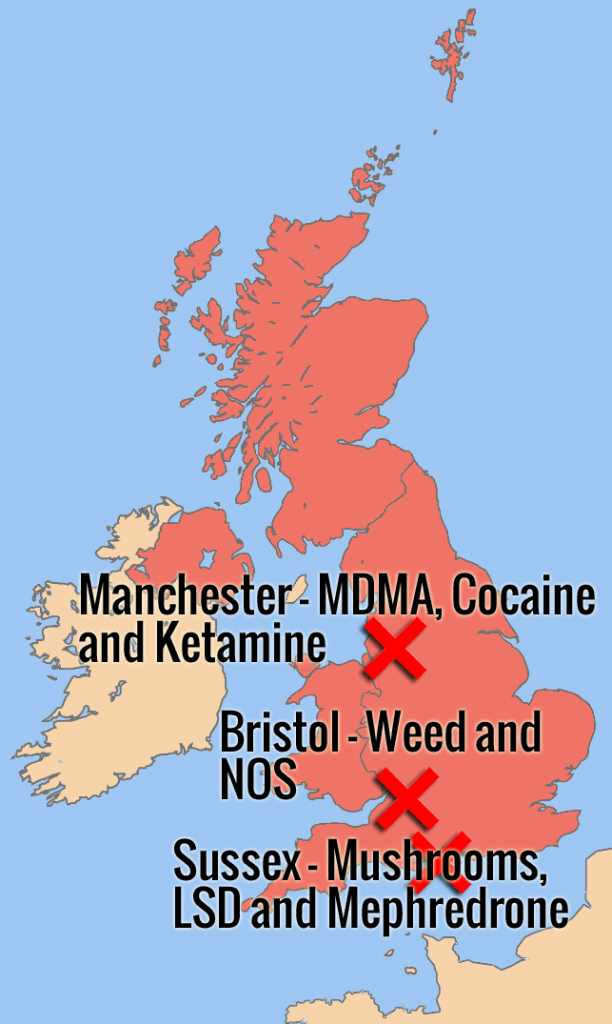 The druggiest uni is Manchester as 85 per cent of students there admit trying drugs.

The national average is 70 per cent, meaning prudes at Oxford (69 per cent), Cambridge (59) and Durham (55) are the least druggy unis.