Girls: We’re twice as likely to have a drinking problem if you go to uni

A shocking one in five women who went to uni are said to have a heavy drinking problem — compared to the one in ten women who didn’t go.

New research claims women’s drinking is rising to keep up with their busy lives.

The demand of work and relationships has led to girls’ drinking habits becoming similar to boys’, according to booze boffins at the Organisation for Economic Co-operation and Development.

They say the government needs to take “urgent action” in order to tackle this problem.

The group class grads’ alcohol intake as “hazardous”, as educated women drink 28 units a week, equal to 14 glasses of wine or two small bottles of vodka.

This dangerous drinking stems from teenage years as 41 per cent of 15-year-old girls have been drunk at least once.

The NHS are concerned this may not even be the full picture due to much of teen underage drinking not being reported.

Uni-educated women have been targeted as the focus of the problem, with a direct link between how many years they spent in education and how much booze they down. 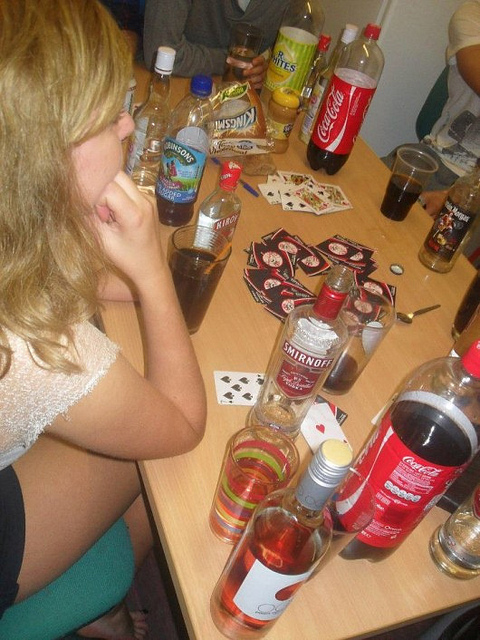 Experts claim higher-paid grad jobs requiring a degree mean more networking and social events, compared to the non-grads who were said to be half as likely to have a drinking problem.

These women are also spending more time with men in pubs and choosing not to have families, adding to their alcohol consumption.

The drinking problem is only found in the UK as the rest of Europe’s boozing figures are considerably lower. Organisation for Economic Co-operation and Development spokesman Mark Pearson said: “Women are adopting men’s drinking habits and they are not healthy.

“As women have moved into the labour market they have adapted to the male culture.

“Jobs where you can earn more are more likely to be jobs that have a lot networking. It’s the dark side of equality.

“They aren’t being frogmarched by their bosses but there are social pressures to go out and to network.”