He’s quite vocal on this sort of thing

If elected into government after the May 7 vote, UKIP would require all international students to pay for their own private healthcare, according to its manifesto.

The party announced how students from abroad would “be required to maintain private health insurance for the duration of their study”.

This is not the first time UKIP has made a controversial statement in regards to immigration and healthcare.

During the ITV Leader’s Debate on April 7, party leader Nigel Farage singled out those coming to this country seeking medical treatment for HIV. 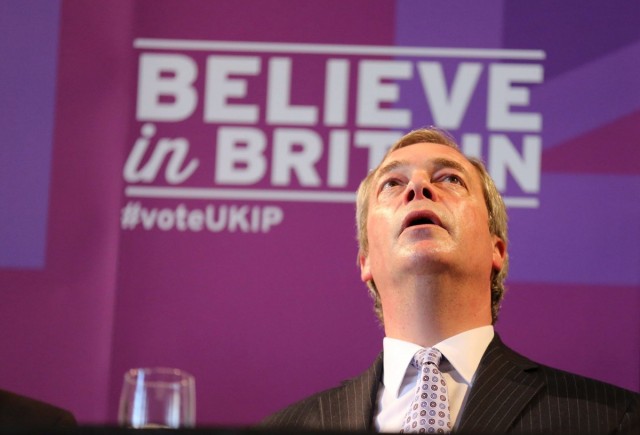 A UKIP spokesman said: “The primary driver of these new policies is trying to keep students out of the immigration figures, as we appreciate the value of having them study here, and appreciate they will only be here a certain amount of time.

“They will have to have their own private medical insurance, but it is likely many already do. In addition, these people who are coming over are likely to be young and fit, so the cost of their insurance should be relatively low.

“This will be great for institutions, as it will take international students out of the political debate on immigration, and we are all for accepting foreign students. We also appreciate some can apply to stay on after their studies if they qualify as skilled workers under an Australian-like points system.”

Reuben Joseph, an Aerospace Engineering second year at Bristol who hails from India, is not keen on the proposal.

He said: “This would put me off coming to study in the UK massively. I don’t see why normal health complaints shouldn’t be on the NHS. I’ve been here 3 years and never even used it.

“Honestly, I think it’s fucked up.” 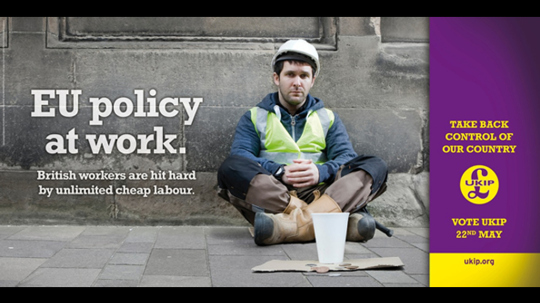 They seem to care about this immigration thing

The manifesto also promises how students who are not enrolled on a course would lose their visas, and institutions would be “barred” from accepting international students.

A UKIP spokesman again explained there are already check in place as to which institutions are eligible to take in international students, so this is not something new. 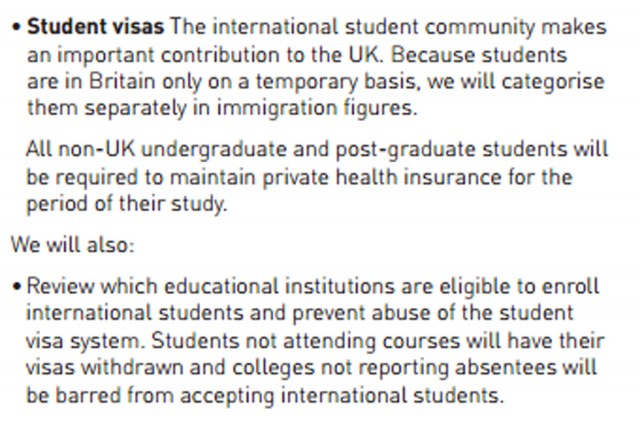 It seems now even students aren’t safe from Nigel’s crusade against those unfortunate enough not to be born on our green and pleasant land.