Everyone in London wants to legalise weed

They gave some spliffing answers

In honour of 4/20 – the internationally recognised day of getting stoned in a park and hugging a stranger – we went round London to ask your views on the legalisation of weed, and if they were for or against it.

They were bigger fans than you’d imagine, but then again they may just have been baked. 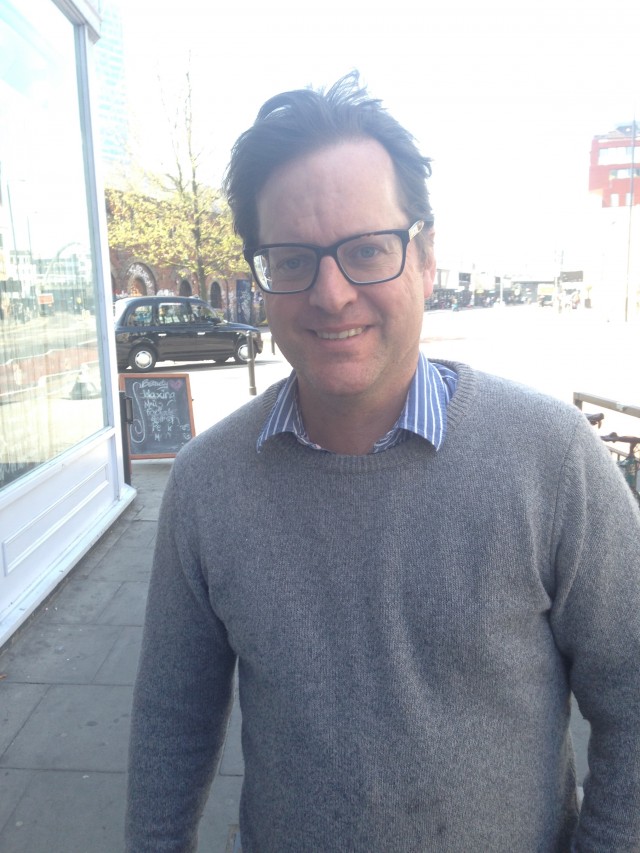 “I think they should definitely legalise it. They’ve done it in several states in America, so I’m sure it will come here at some point.

“I have smoked weed before, I went to art school in Amsterdam, so a double whammy. It was part of the course.” 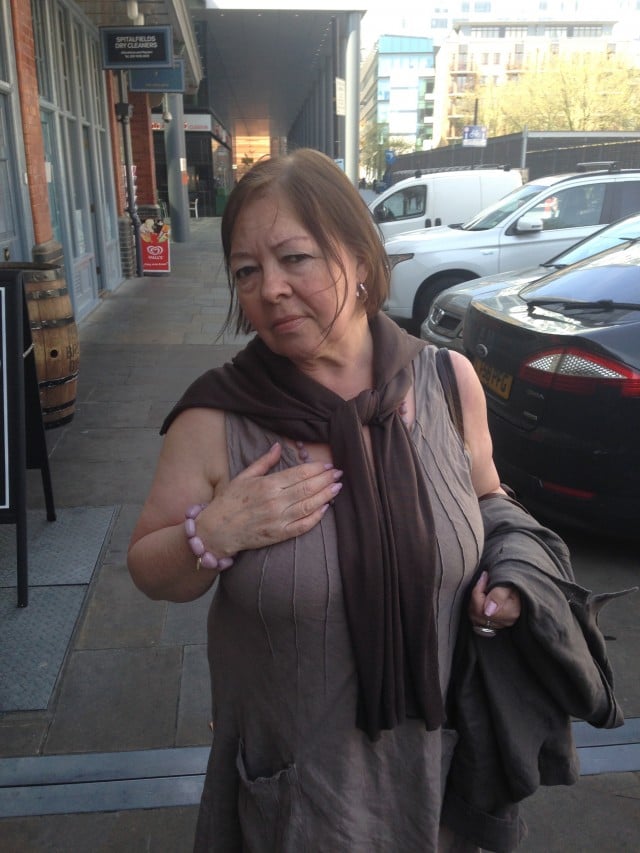 Linda is a self proclaimed ‘former hippy’

“I think it does have effects on people mentally, and makes you too passive and laid back. On the other hand, it’s no different from alcohol, which is legal. It certainly doesn’t cause as many fights.

“I used to smoke, but it never had any effect on me. I made lots of money from people buying food when they were high though.” 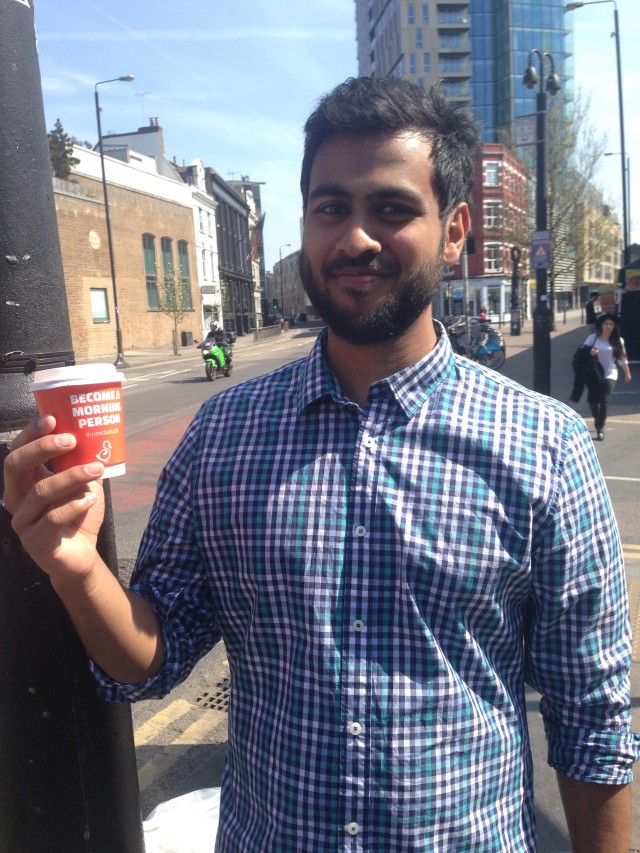 He was giving out free coffee

“4/20? I’ve never heard of it to be honest. I guess it promotes doing an illegal activity, which I don’t think is good. Back home in Australia lots of young people smoke it, but it doesn’t look like it will be legalised any time soon.

“I’ve never smoked it myself because I have asthma, and even if i didn’t I don’t know if I would.” 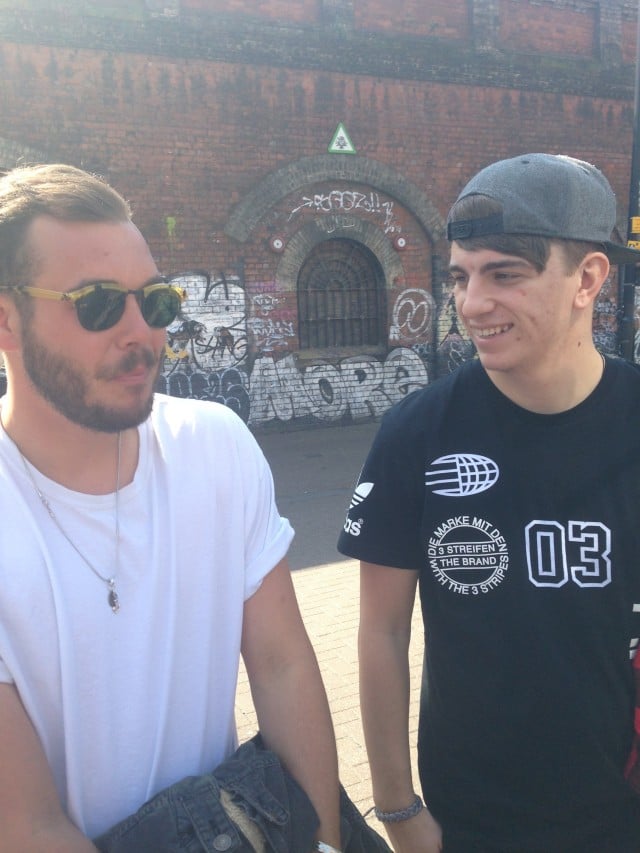 They both went to Southampton Uni and have remained friends :’)

Jake: “I think it should be legalised as it would allow for better management and regulation. It’s not even bad for you.

“The first time I smoked was in a tent at Reading festival and I passed out for two hours, and missed the band I wanted to see.

“I’m not sure about 4/20 as a concept. It doesn’t seem like a constructive way of getting legalisation.”

Lyndon: “I once smoked before going out. I wouldn’t recommend it, I left again after five minutes.

“My munchies of choice would have to be potato waffles in the toaster for two minutes. There’s my top tip.” 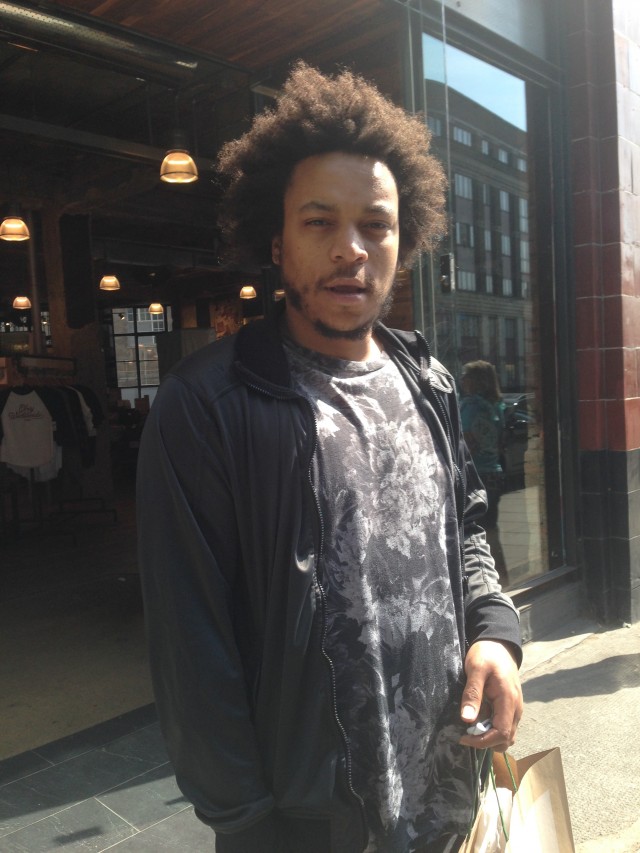 His surname is Lennon but he claims he’s not related

“I smoke weed so I’m all for legalisation. Imagine a Friday night out with everyone smoking instead of drinking, there’d be a lot less trouble. When you’re high you just relax have a laugh and get hungry.

“The weirdest thing I’ve eaten when I’ve had the munchies was a peanut butter and onion sandwich. It was horrible. I didn’t even realise it was 4/20 today, but I’ll try and get myself to a park if I can.” 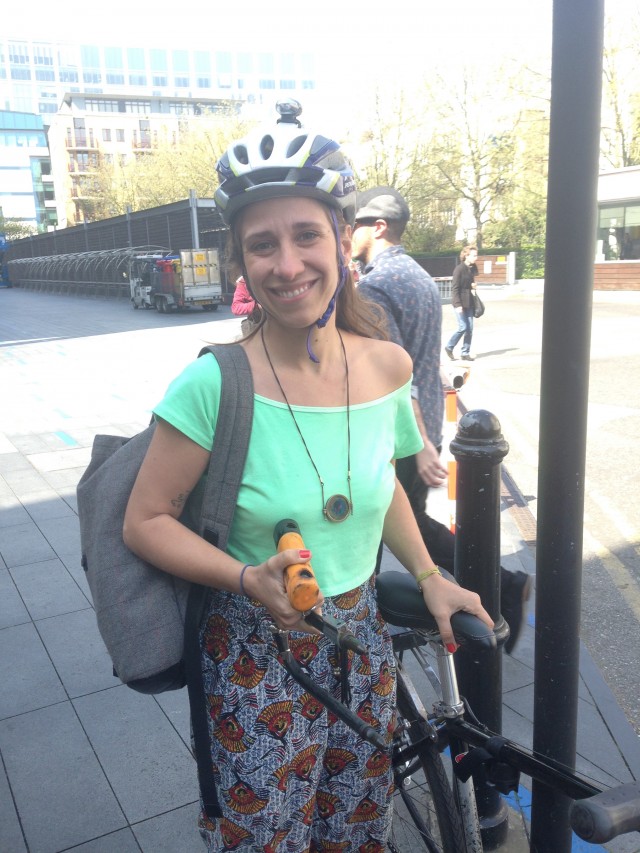 According to Carolina, lots of people smoke in Brazil

“There’s lots of drug trafficking in Brazil, and I think legalising would stop that. I personally feel everyone should be free to do what they want.

“I used to smoke, for sure. I used to be a fan but now I’m fine without it. I don’t have a particular favourite food, when I’m high I just eat everything I can see.” 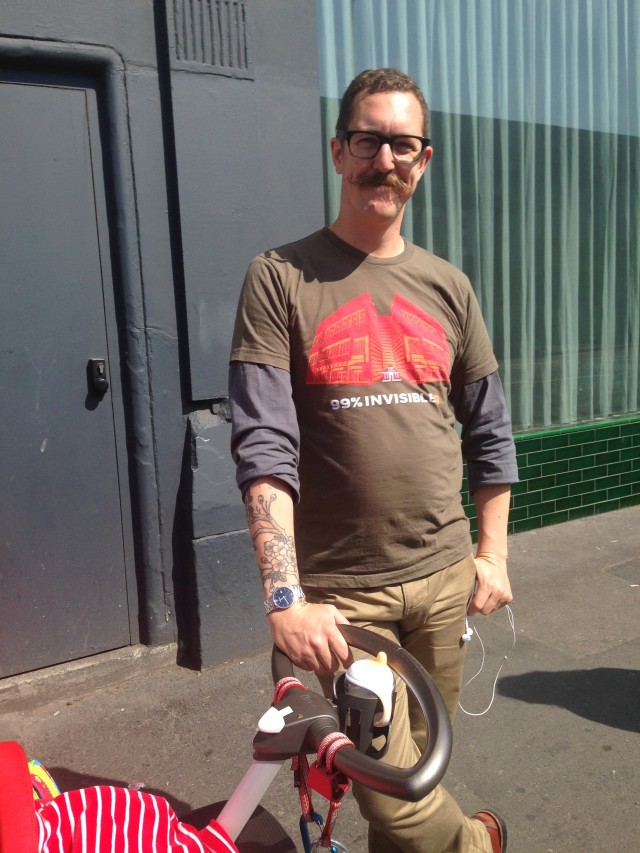 With his moustache and a baby, he’s doing well for himself

“I have no problem whatsoever with legalisation of cannabis. I think it’s a gross hypocrisy to have alcohol available when it causes so much more disruption than weed. Alcohol causes fights, but I’ve never seen anyone get into a fight after a good spliff.

“The cultural argument is generational. I think there will inevitably be a change in attitude. I spend half the year in Los Angeles in an area called Venice where people have been smoking for years, and that’s the trend.

“It’s daft how much attention it gets for what it is, and I don’t like how politicians use it to their advantage while ignoring scientific evidence. The fact it’s a class B drug is crazy.

“I’m not the biggest fan of smoking myself, but if others want to go and do it I have no problem with it. Admittedly the stoner kids in my building are a bit boring, but we should nevertheless want a country where we can have a proper debate about it.” 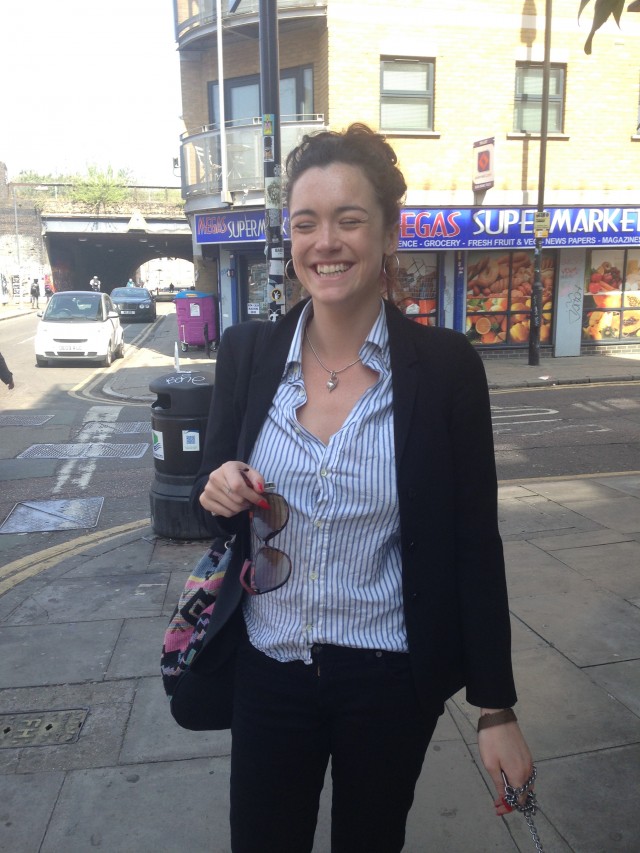 Ella’s parents were growers in Brighton

“I grew up in Brighton and my parents were growers, and so I think it should be legalised for health reasons. My dad uses it to deal with pain.

“I don’t smoke now but of course I used to. Potato smilies were my munchies of choice, I just had to have them.” 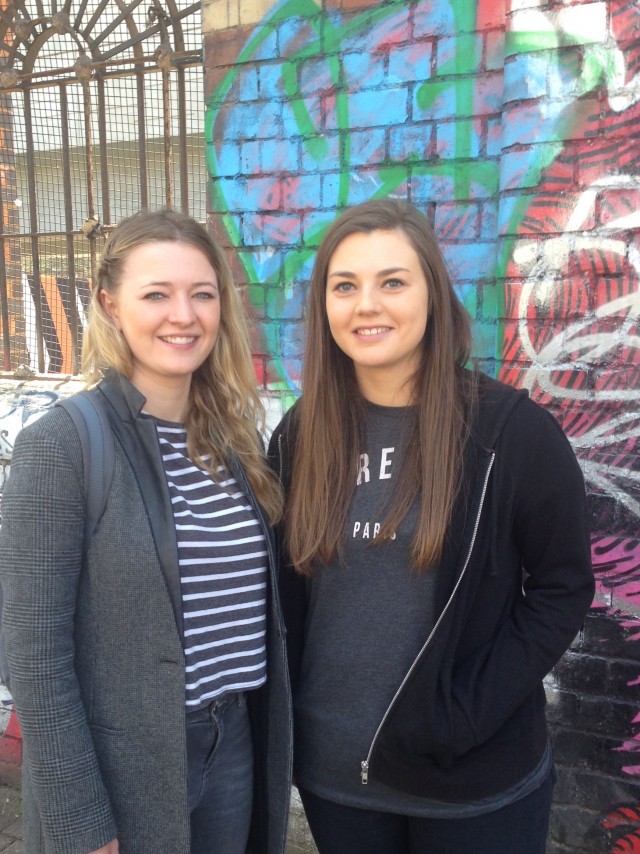 These two are students at Queen Mary’s

Molly: “I think if weed was legalised then it could be monitored and made weaker, because currently I think it’s too strong.”

Aimee: “People will be smoking it anyway, so why not just make it legal? I personally can’t handle it, it just puts me to sleep.” 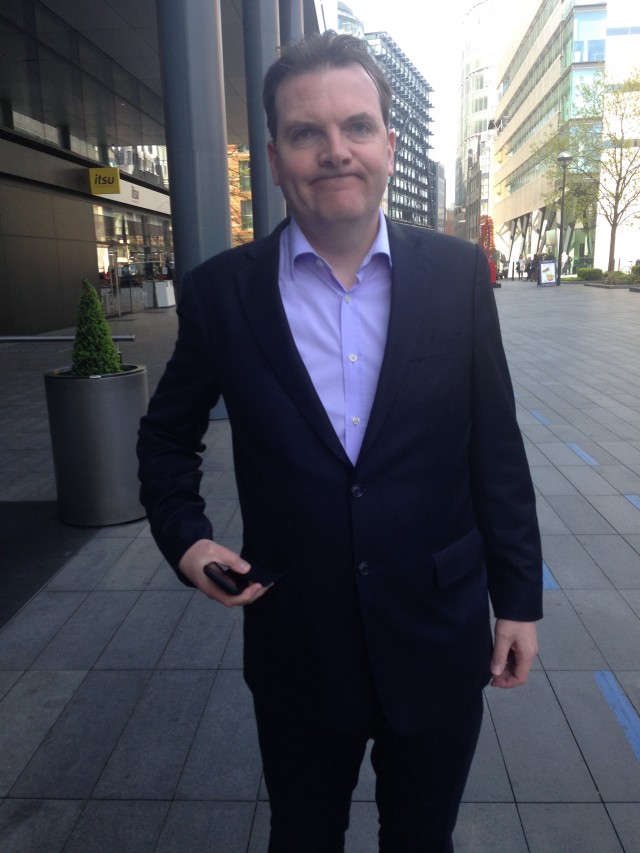 “I’m in favour of legalisation. I think there’s evidence it’s less harmful than alcohol, and keeping it illegal is a huge waste of police time.

“I used to smoke years ago as a student, but I didn’t like it, and I find people who do smoke it very irritating. I just want to give them a shake.”