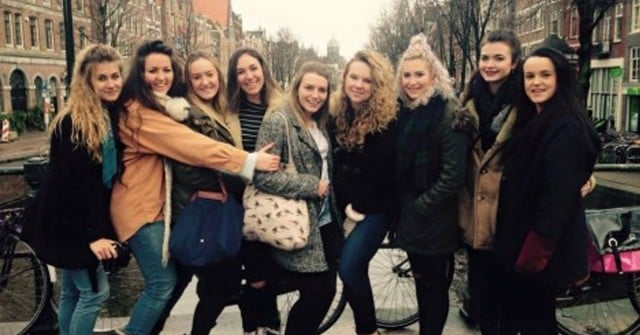 They’ve impersonated 15 of the squad

A mysterious catfish creep has targeted a women’s lacrosse team and it’s been happening for years.

Several of Southampton’s Lacrosse girls have been targeted by an unknown identity thief, who has set up fake social media accounts in their names.

Phoney accounts have been made on Snapchat and Skype, as well as fake email addresses, so the crafty identity thief can masquerade as 15 different Lacrosse girls.

Whether it is a twisted game, or sadistic fun, the girls are fed up of being imitated and are eager to identify the catfish.

The Soton Tab spoke to Oceanography student Jordan Turner who has experienced the full brunt of identity theft over several years. She said: “I was at ladies lacrosse practise in my second year and my friend Katie Lightowler came up to me and said ‘That conversation we had last night was so weird’.

“I hadn’t been talking to Katie that night so this puzzled me – I told her it wasn’t me. She then proceeded to tell me she had been talking to someone posing as me over Skype for the past few nights.

Katie said: “It was odd because I’ve never chatted to Jordan over Skype before and she was asking about patterned trousers for some random reason. Then it began to get a little creepy and I realised it definitely wasn’t her.”

The identity thief seems to exercise the same patterns of conversation with its victims. Katie was chatting to Jordan’s fake profile about harmless subjects such as sportswear, lacrosse, matches and wedgies.

Having personally been added on Snapchat by the fake account Jordan-Turner19, conversations soon turned to gym wear and Nike pros.

Jordan added: “At the time I was a bit shocked but I found it quite funny. Katie obviously stopped responding, blocked them and they eventually stopped talking to her.

“I tried to make it known to the club I don’t use Skype so if anyone tried to add them pretending to be me, they should ignore it.”

A few months down the line, Jordan’s fake profile began chatting on Skype to other girls. Unsatisfied with Skype, they started to text, taking on other identities and texting Jordan herself, pretending to be friends from home and university.

Jordan received this text from the impersonator, pretending to be her friend Steph Wright.

She said: “It was quite difficult at first to tell I wasn’t talking to who I thought I was talking to, but they would say ‘lol’ a lot and respond almost immediately to each text which I thought was strange.”

Two years on from the initial incident, the impersonator has turned to Snapchat, adding and having conversations with multiple friends. Jordan is frustrated and concerned at the extremity of the problem.

She said: “It’s horrible. My friends think they’re talking to me, without knowing it’s a random person who could be saying anything pretending to be me. It’s a complete invasion of privacy.

“And It’s also pretty embarrassing my friends can’t tell the difference between me and this fake person.

“Over time friends started to message me saying it’s happening to them too, and asked for advice, to which I told them just to ignore it.”

Jordan speculates this person is a student at Southampton and due to the nature of lacrosse girls being targeted, thinks it may be someone involved with one of the lacrosse teams.

Jordan said: “What they’re doing is not dangerous but it’s fucking annoying and embarrassing for the person they are impersonating, as sometimes people can’t tell the difference and think you’re a fucking weirdo next time you see them.

“Speaking to other girls in the club to gather more evidence, I have realised the extent of the situation.

“Emily Robertson is a graduate who was part of SULLC last year, she contacted me saying the same thing happened to her, along with some course mates. This person was talking to her friends and family over Facebook pretending to be her.

“Is this one person who is obviously extremely dedicated to the cause or are there just multiple stalkers at this University? It’s a bit concerning.”

Some of the girls have now contacted the police following the seriousness of the incident.

Have you been targeted by the mysterious faker? Email us at [email protected]co.uk