To a passing stranger we might have looked like any young couple stumbling out of the club and into the “throes of passion” down an alley. Maybe someone would have thought it sweet how he was leading me by the hand and steadying my falls.

Or perhaps if someone knew we were strangers they would shake their head at the “situation” I had “gotten myself into”. I certainly spent years suffocated by that blame.

I was 16 when a man spent ten minutes trying to enter me in an alley at 2am, but it was another three years before I understood it was sexual assault. I knew the legalities and violence of rape but the concept of consent and my right to withdraw it at any time was foreign to me, and I believed because I had flirted with my rapist I was obligated to follow through and spread my legs when he wanted me to.

Even that word – “rapist” – was too heavy and defining for my situation. How could I put that on someone when I was to blame? He certainly didn’t look like a rapist – he can’t have been more than 20 – and he didn’t act like one initially. He was good-looking and funny, not a violent thug who could leave me dead.

But somewhere in between Prince Charming and violent sex offenders are a group who take advantage of the grey area surrounding consent and the pressure put on young women to follow through and put out. 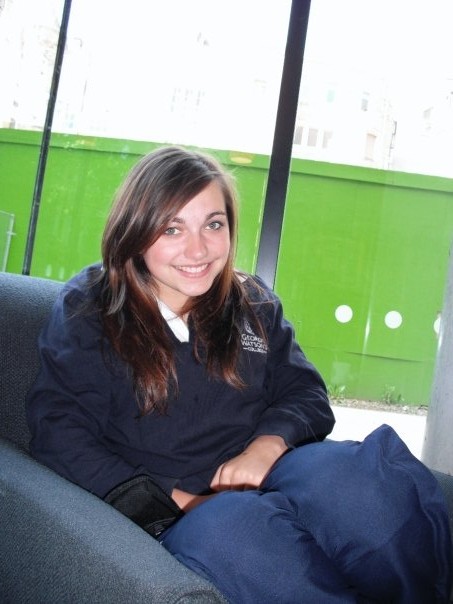 Just a few months after

I didn’t at any stage in the night want to have sex with him, and I certainly didn’t want to be fucked in an alley by this stranger, but because I’d flirted with him and kissed him on the dancefloor I felt obliged to submit to his desire – after all, I’d been winding him up all night.

I first saw him on the street flyering for the nightclub we ended up in and probably winked at him. The club was dead, we were underage, so we spent our night going between the bar and the bathroom where we’d stashed our coats and money. I was the smallest so it was my role to slide under the locked stall door every time.

He met me on the dance floor and, thinking of the boy who had dumped me two days before, I let the booze loosen my tongue and lapped up the attention of this older guy. And yes, I did fantasise about going home with him. It was a fantasy that haunted me for months because it rationalised his behaviour as my choice. I thought my drunken desire must have been written all over my face waiting to be taken home – or, as it happened, just outside.

He wanted me to come home with him, I said I couldn’t because I was staying at a friend’s. He pushed me to find a solution, I felt safe because I knew there was no way I would end up in his bed.

When he went to buy some drinks he insisted I stay on the dance floor. He refused to let me taste his but urged me to finish mine without taking a sip from his own. Whatever was in that glass was too sweet for me so when he turned away I emptied most of it out.

To this day, I don’t know if that drink was spiked. I didn’t want to think it was for a long time, so I insisted the entire night, resulting in a sordid fuck, was directly because of my choices. I couldn’t stand the thought of being powerless. When I did eventually accept I wasn’t in control of what happened I felt guilty because I didn’t know if I was drunk or drugged, and didn’t want to victimise myself in comparison to other survivors of sexual assault who had been through much worse.

It didn’t occur to me at any point that it wasn’t my actions that resulted in my assault – it was his. It wasn’t until I told an ex who demanded the boy’s name because “I’ll find him and kill him” I realised the perpetrator of my rape wasn’t me. It wasn’t until David cried and told me “you were a kid and that bastard took advantage of you” I realised I was excusing my attacker out of my own ruined self-worth. 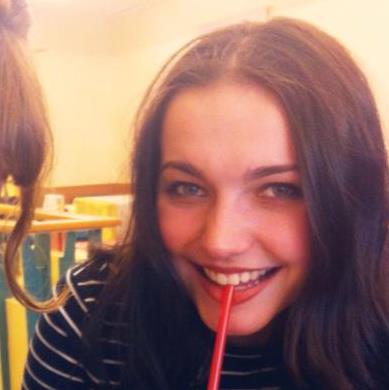 19 on my year abroad

Before, I had parroted the phrase “I know it isn’t my fault” but felt guilty sticking the “victim” label on myself because I had flirted with and kissed him. I thought that flirting was consent, and whether or not that drink was spiked didn’t matter because the outcome was something I brought on myself. I certainly didn’t believe at 16 I had the right to change my mind at any stage – from that first wink I gave him my body to do as he pleased because I was scared to disappoint him.

Isn’t that ridiculous? But it was a belief held by many of us when we were young because consent is an overlooked concept in young people’s education. Brought up in a society in which female sexuality is packaged for male consumption and being exposed to the sexualisation and dehumanisation of the female form, you need to re-learn your body is yours alone to do with what you want – including withdrawing consent.

But with his hand on my chest keeping me balanced against the wall I felt my choices had been taken from me. As he struggled to insert his penis fully inside me muttering “you’re so tight” I started hazily plotting my escape, each thrust bringing more clarity to the fact I didn’t want to be there. But I couldn’t find the word “stop” and instead prayed my slumped body language would betray I didn’t want to continue.

It didn’t. He turned me round and pushed me face first into the wall gripping onto my shoulders for leverage. It wasn’t until he tried to enter me anally with no prior warning I squirmed and said “no”.

When he orgasmed he put one hand on the wall to steady himself and one hand on the back of my neck so I couldn’t move away and said something about “swallowing”. Despite everything it was that moment I felt most dirty, most used, most inhuman, and I spat his sperm onto the condom he had abandoned with venom.

He had his jeans around his ankles and I saw my way out. I bolted as he yelled at me, still leaning on the wall, and ran back to the main street where my worried friends were waiting outside the closed club. They were panicked and furious. All I could say was: “I think I lost my underwear.”

In the morning I cried in the bathroom when I saw my vagina was swollen and raw. I felt deformed and ugly. I panicked that I had contracted some disease, unable to remember if I’d had sex with him or what had really happened.

I didn’t have to wait long to find out. He called me the next morning to try and have phone sex (apparently I wrote my number on him earlier in the night) and laughed at me when I told him to leave me alone because “we fucked last night”. I took a chance and said: “We didn’t have full sex.” He paused and agreed.

I was ecstatic when he agreed initially, but him conceding “we didn’t have full sex” then hollowed me. I used it as a buffer between myself and the attack, and my pain became painful confusion as I didn’t allow myself to feel hurt because I hadn’t been raped by normal standards. I couldn’t see a middle-ground between drunken fumble and violent rape, so I chose drunken fumble.

I dropped the bravado act of calling it a “one night stand” 18 months later when I saw him on the street. I had imagined for hours what I would do if I saw him again, ranging from breezing past to kicking his head in. In reality, I froze and felt even colder than I did that February night. I put my head down as I passed the bus stop he was waiting at, fighting the urge to run to my school gates. 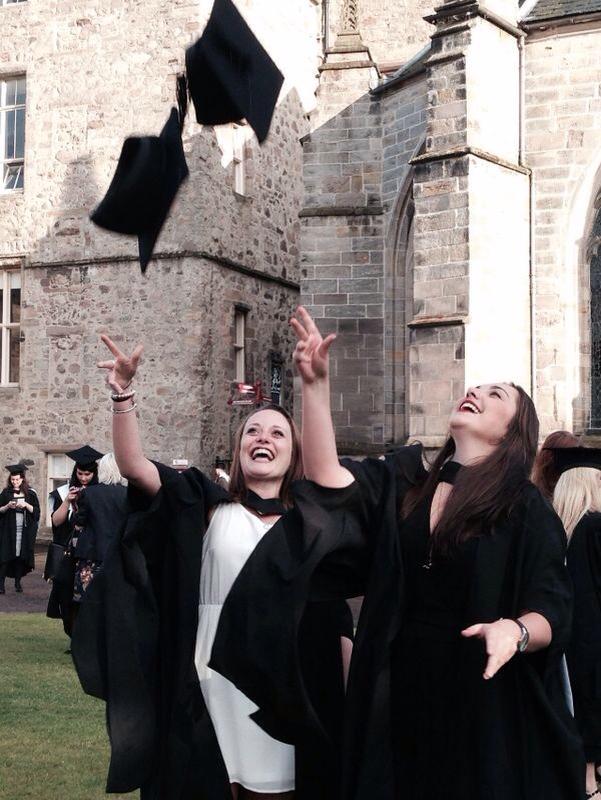 Graduating with my best friend

It hit me then I hadn’t wanted to have sex with him, but my instinct was still to blame myself entirely for letting it happen. And I didn’t learn – even years into my active and happy sex life the concept of consent confused me and I caught myself having sex with men out of duty rather than desire. When I mention it to my female friends it’s astonishing the number of heads that nod in agreement – we live in the assumption a woman gives her consent unless explicitly stated otherwise, and there’s a thin line between that mode of thinking and the belief a woman’s body is the right of those who desire her.

Of course, it’s not a fight separated by gender. Despite being assaulted I can count numerous occasions I’ve pressured men into having sex with me despite them being tired or ill or nursing a broken collarbone (sorry, David) just because I was in the mood. But the second that mood translates into entitlement it is no longer a mutual, respectful act – it is a selfish, dehumanising demand.

It’s not that we should exclaim “I consent” every time we do want to fuck, that would be bizarre. But we desperately need to educate and normalise refusing to give consent, and encourage exercising that right whenever necessary. Because sometimes you’re just not in the fucking mood.

That night isn’t something I think about often, and when I do it’s not the assault that upsets me, but rather how I treated myself then and in the years after. I hate to think of the other young people feeling pressured into sex or not allowing themselves their pain because they didn’t say no.

Maybe my drink wasn’t spiked, maybe he was a good guy that wanted my number to take me out to dinner, maybe he just got carried away that night. What I finally realise is my position as a victim of sexual assault isn’t dependent on his as a stereotypical rapist. Maybe he wouldn’t even consider his behaviour rape, which shows how desperately important it is to teach each other and younger generations what consent is and how to respect it – and personally I will never again let “obligation” come between me and my consent.

We must open this discussion that victims’ identities do not depend on the identity of their attacker. When our choice is removed our identity is taken from us as free people, and it is painful and difficult to piece your self back together when a part of it seems stolen. But when you hold your own image in their eyes you still labour under the same understanding that led you to feel you owed your body to that person. And if you cannot identify them as “rapist” how can you ever let yourself feel the pain of “victim”?

There’s still a stigma of shame and “damaged goods” attached to sexual assault, reinforcing the notion a victim in some way consents to being attacked. Being assaulted and raped is nothing to be ashamed of which is why I’m waiving my anonymity. Your pain is your own just as your body is your own, and we should celebrate and reclaim both together, because in choosing not to feel ashamed we are no longer defined by our lack of consent.