Watch out for the payday lenders targeting your uni, warn finance experts

Are they actually ‘morally bankrupt’?

Money gurus have advised to stay away from payday loan companies who target their services to students — in case they take out high-risk loans without thinking about the consequences.

Short-term lenders offering fast cash to support your maintenance loan have come under fire from finance boffins who say their services appear trustworthy but persuade students to get into further debt.

Money Saving Expert Martin Lewis condemned lending sites like Smart-Pig as “morally bankrupt” and “socially irresponsible” for targeting those already stuck with thousands of pounds in the red. 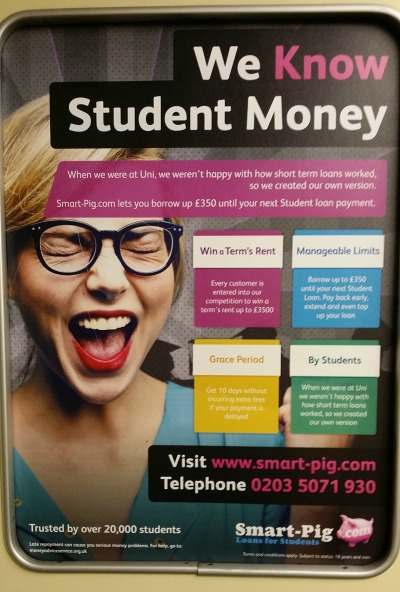 A Smart-Pig advert criticised by Martin Lewis (picture his)

Spotting an advert offering £350 loans to students without mentioning the APR involved, Martin, 42, said: “This is a disgusting practice and shouldn’t be allowed.

“It is a high-cost credit lender targeting the youngest people able to borrow in our society and deliberately ignoring cost.”

Money Saving Expert Campaign Manager Wendy Alcock added the problem with Smart-Pig and similar lenders was not being clear their product carried a high risk.

She said: “Our message to students is: know what you’re getting into. Getting a payday loan may be fine and sometimes it’s better than going into your overdraft if you know you’re going to get paid.

“People take payday loans because they’re quick and easy, not because they’ve made a reasoned financial decision about it.

“With payday loans you can get the money into your bank account within 15 minutes. You can be out, having a drink, or be in the shops, wanting to buy some clothes or outside a travel agent and wanting to go on holiday.

“You can get really quick access to the money but that doesn’t allow you to stop and think, ‘can I afford this?’

“Smart-Pig was set up by students for students, they say, but my personal view is that if they really wanted to help students they should set up a credit union or a debt support line.

“If you make a debt management plan that you can keep to, you’ll be able to get out of the borrowing spiral.” 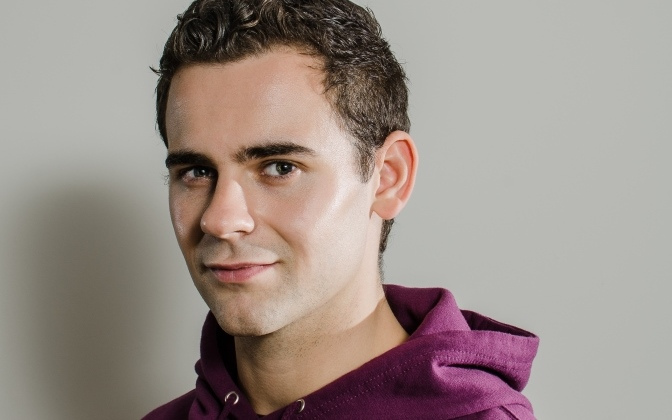 Smart-Pig co-founder Tom Parks, a Warwick grad, explained he founded his company after his colleague lost his savings after taking out a payday loan with Wonga.

The 26-year-old said: “We set out to design a short-term lender just for students. We make very little money from student fees.

“If a student needs an emergency source of finance we can help.”

Smart-Pig claims around 20,000 students are signed up on their databases.

Tom said: “People are really starting to see how we’re different. It was the industry people loved to hate for a long time, and rightly so. There was terrible, terrible conduct in the industry.”

Responding to Martin Lewis, Tom added: “He doesn’t agree with any short-term loans, no matter how good. He’s all about saving money.

“He seems to be suggesting that someone who has got loan debt shouldn’t take on other credit. Most people have student loan debt.

“The idea that we’re flogging loans who can’t repay them is not allowed. The FCA [Financial Conduct Authority] is tough as nails. They’ve approached the regulation in exactly the right way.

“They’ve put a lot of companies out of business, Smart-Pig won’t be one of them.”