How sweet is your uni? Hundreds sign up to sugar daddy websites to pay their way

She’s the chatty law student in need of some extra cash who doesn’t mind a silver-haired fox the same age as her dad.

Swathes of young struggling students are turning to dating sites to be matched with richer and older partners.

There has been a sharp intake in student sugar babies – who stand to earn up to £3,000 a month – with over 1.4 million profiles claiming they study at universities in the UK.

According to Seeking Arrangement, whose founder said: “Love is a concept made up by poor people”, over a third of their total users are students.

The University of Westminster taking top spot for not so fussy singles with 180 new sign ups last year. Kent and Cambridge make up the top three with 134 and 127 respectively.

There has been a 42 per cent increase in the number of student sign ups.

Brandon Wade, man of the people and founder of Seeking Arrangement, one of the biggest sugar daddy websites, claims life as a sugar baby is about more than just the financial incentive.

He said: “At a time when graduates are guaranteed debt rather than a well-paying job, or even employment for that matter, Sugar Daddies are sought out for opportunity and not just financial stability.

“Four in 10 graduates struggle to find work, while three-quarters won’t be able to pay off debt.

“Sugaring not only aids in the cost of pursuing an education, but a large majority of these men and women will have a more solid financial situation upon graduation–maybe even a job.” 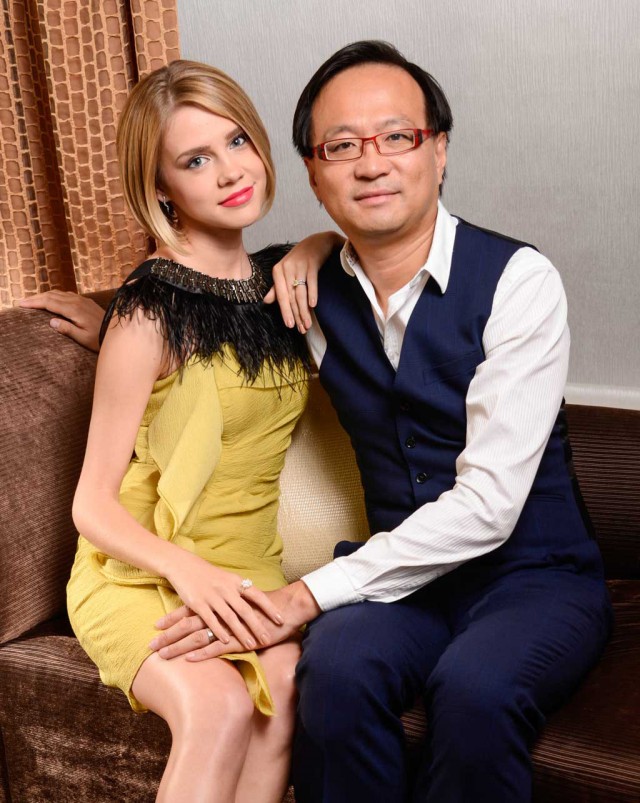 This is Brandon and his girlfriend Tanya

The average sugar baby spends their allowance on rent, books and tuition fees.  73 per cent are undergrads, and 71 per cent are Caucasian.