A quarter of you have cheated on your partner

Over a quarter of students have cheated on their partner while at uni and most couldn’t avoid the temptation of first year, according to our recent survey.

Of those who couldn’t stay faithful, 45 per cent couldn’t get past first year and 15 per cent caved in the first week.

Shockingly, the majority of infidels shacked up with friends, and eight per cent got into bed with their housemate.

Almost 250 have cheated on their partners more than three times. 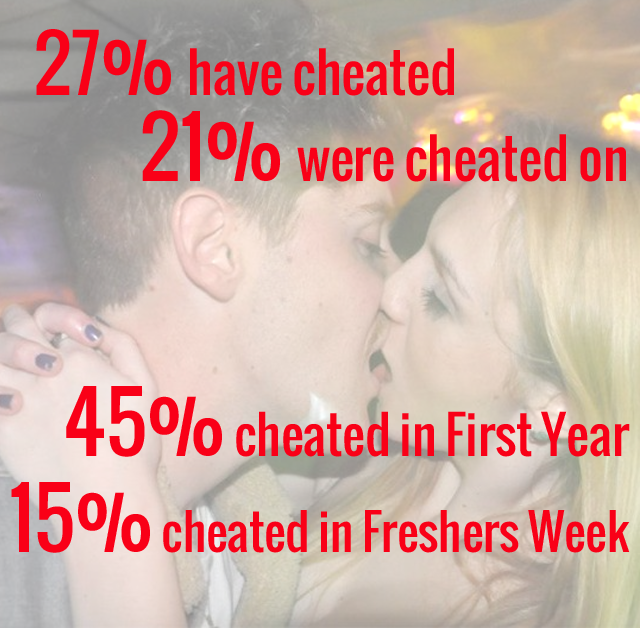 Students are more promiscuous than your average adult as The Sun revealed one in five Brits have already cheated and a third would like to.

Three quarters of heartbreakers don’t think joining Tinder is a form of cheating and half of people who have been cheated on do.

And the fairer sex have a different opinion on what constitutes cheating and more women thought sexting and phone sex classed as cheating.

Men thought joining a dating app or sharing a bed wasn’t as big a deal as their female partners.

And although they’ve confessed to us – they haven’t told their unwitting partners. 61 per cent said their other half still doesn’t know. 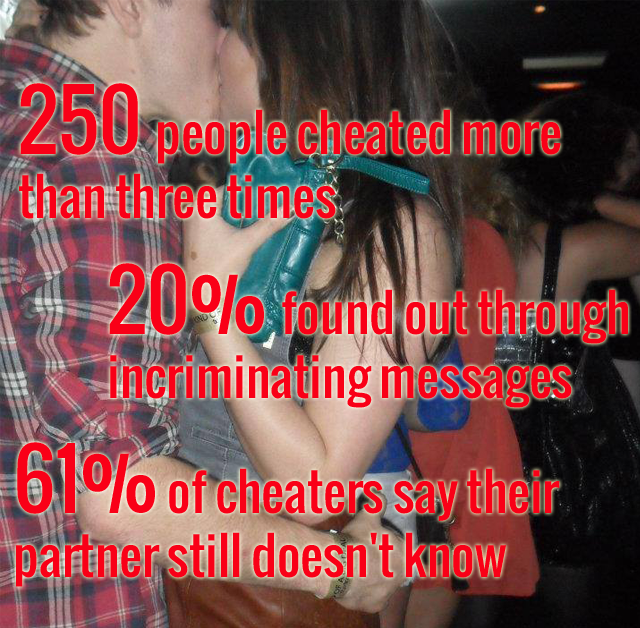 Several said they were simply bored. Other reasons given for cheating were:

“Because she fucked me over in the first place! It was more to get back at her and to push through a breakup.”

“Because the guy I cheated with was so fucking hot.”

“Because you can’t hate the player, you gotta hate the game.”

Leeds and Manchester came out on top as the biggest rats – 30 per cent of students from the two unis admitted to cheating.

Unsurprisingly, low lifes are more likely to cheat in board games, while playing sport, in uni work and even the pub quiz. 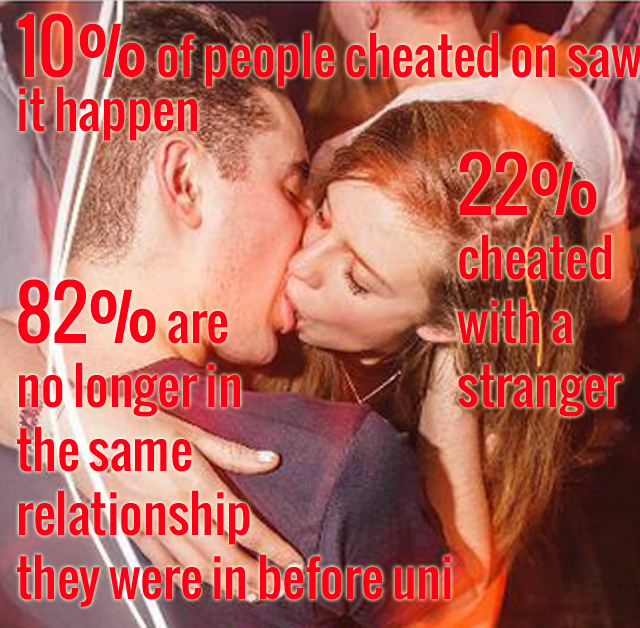 The poor souls who were cheated on mostly found out because their ex told them.

But some had to find out through spotting incriminating messages on their phone or Facebook or through friends.

Unsurprisingly, a third of people who were cheated on have also been unfaithful.