To be fair he says it every year

The divisive leader of a student pressure group has again lambasted Remembrance Day as right wing and toxic.

Michael Chessum, the chief  of Defend Education, denounced the commemoration as “insidious, saccharine and toxic.”.

He said: “There is nothing that is so suffocating and depressing as ‘Remembrance’.

“It’s genuinely one of the most extreme and ideologically rightwing things possible – historically distorting, establishment-run propaganda at the expense of the victims of war – and noone bats an eyelid.” 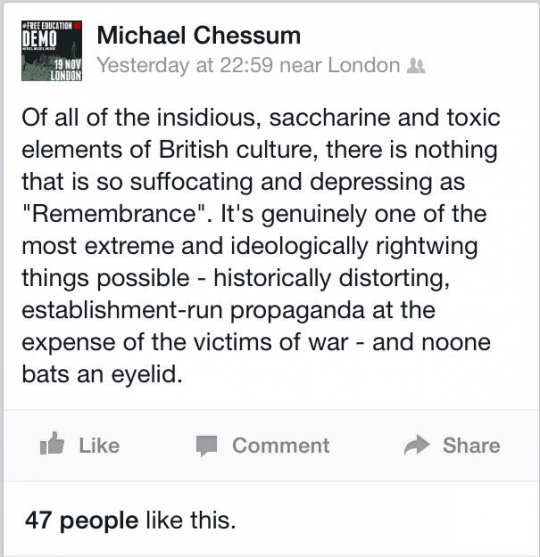 Michael Chessum famously refused to lay a wreath at last year’s service during his time as President of the University of London Union.

He was called absurd and dellusional when he banned ULU officers from attending a Remembrance service. 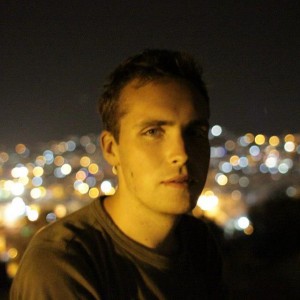 Any elected representatives could only attend the service in a personal capacity.

London MP Stella Creasy was ashamed to be a former student.

She said: “As a former student, this decision by ULU to ban officers from participating in Remembrance Sunday makes me ashamed.”

Do you completely agree or are you really a bit angry? Type your thoughts in the comment box below and hit “submit”.