These students got firsts in their degrees

They’re all pretty fit too

It may come as a surprise to you that some people go to university and actually do really well.

We’ve managed to tear some of them away from their successful lives to tell us all about it. Unhelpfully, their predictable advice included be “determined’, “organised” and “just enjoy university”. 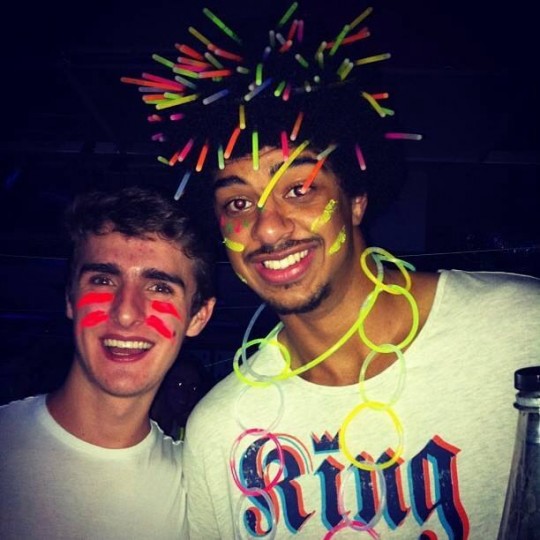 Clever cloggs Charlie, from Buckinghamshire, not only got a first but he also won an award for being top of his class after getting 75% overall.

“How did I get a first? I completely gave up my social life and I was really fucking lucky.”

His success came from only seeing friends once a week and finding the time to get trashed only once every fortnight.

Charlie used to fill his spare time writing articles for The Tab and says he regrettably gave this up to focus more on his education.

Since graduating Charlie has sold his soul and began a job in the insurance industry.

Physics and Management with a diploma in industrial studies, Loughborough 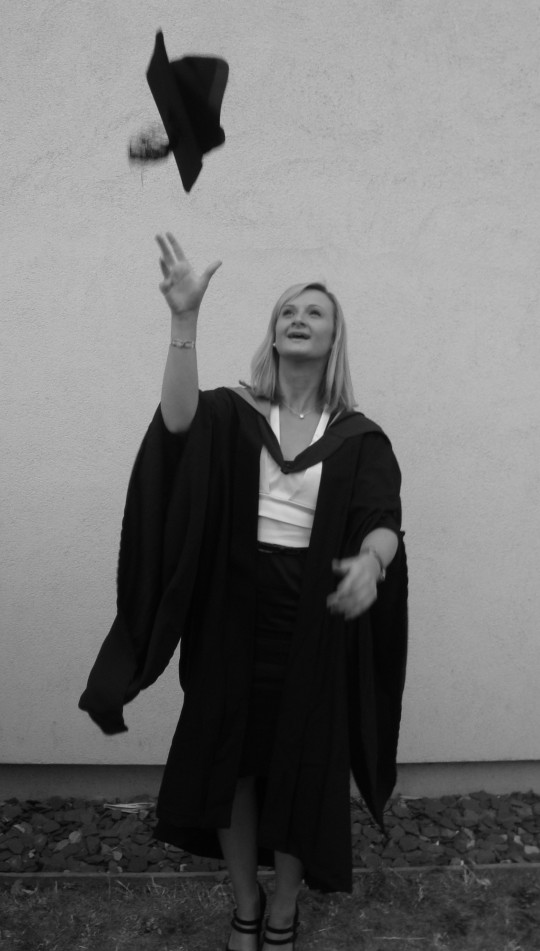 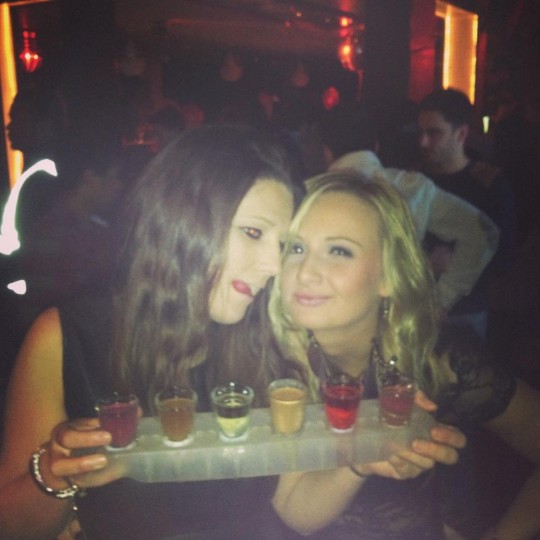 “Yes I am a girl and I read physics!”

Rebecca says it was a combination of 6am library trips, lock-ins, her passion for post it notes and chat roulette that resulted in her first class degree.

Since graduating she has travelled to Australia and Singapore and is now working in her dream job, which consists of overhauling navy warships in Indonesia.

“I hope one day I’ll have a personal assistant.” 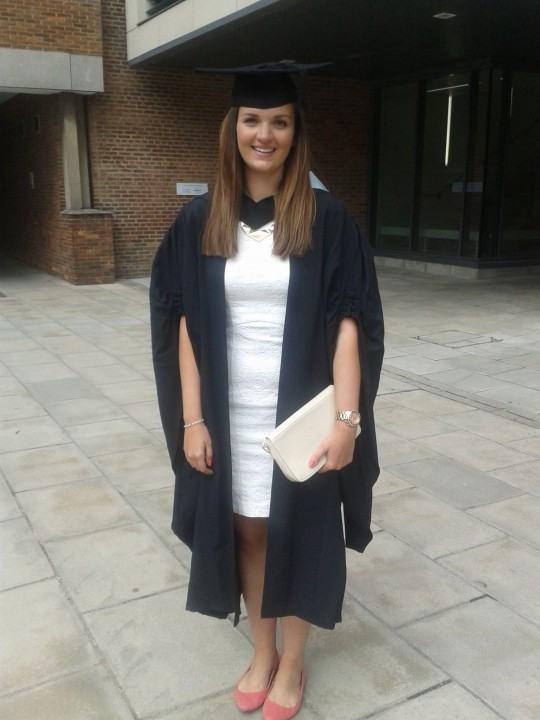 Getting a first was not always on the cards for Grace but proved it’s never to late. She said: “I didn’t get many firsts until my last few modules of 3rd year, I was averaging about 67/68 throughout 2nd and most of 3rd year, then managed a few high marks which boosted my average.”

She foxtrotted her way to a first alongside taking an extremely active role in the dance society throughout uni.

So far Grace has spent her summer cuddling Koalas down under and will start a PGCE in Primary teacher training later this year after receiving a bursary that will cover her 9000 tuition fees.

“To those who are hoping for a 1st, work hard but play hard too and keep a sense of perspective- getting a 1st isn’t everything.” 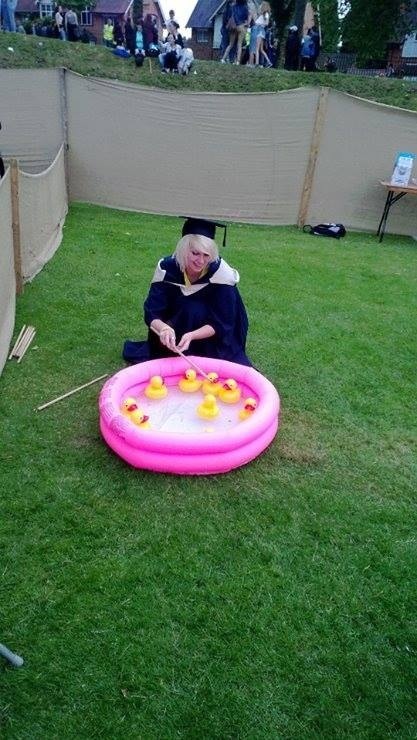 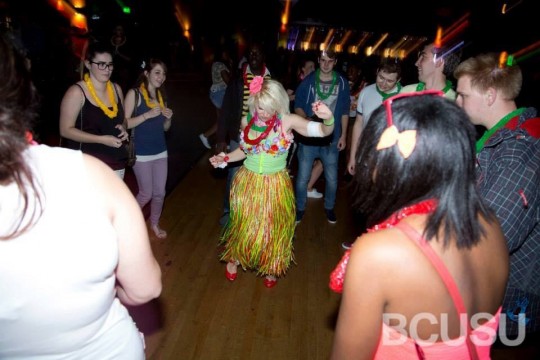 Au fait Stacey believes that balance of work/rest/play was the secret to her first class degree and even managed to go out once a week!.

“Sleep was something that was sacrificed often, but coffee sorted that out.”

Stacey does have a place on a postgraduate course but is currently looking at jobs to keep her options open.

Not only did Stacey get a first but she did this alongside being a student rep, student ambassador, working for Microsoft, being part time officer at the SU AND a classroom assistant. 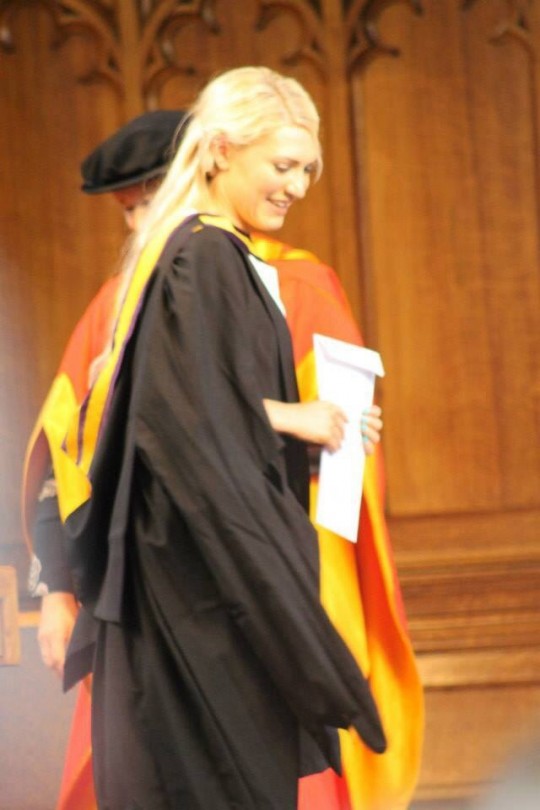 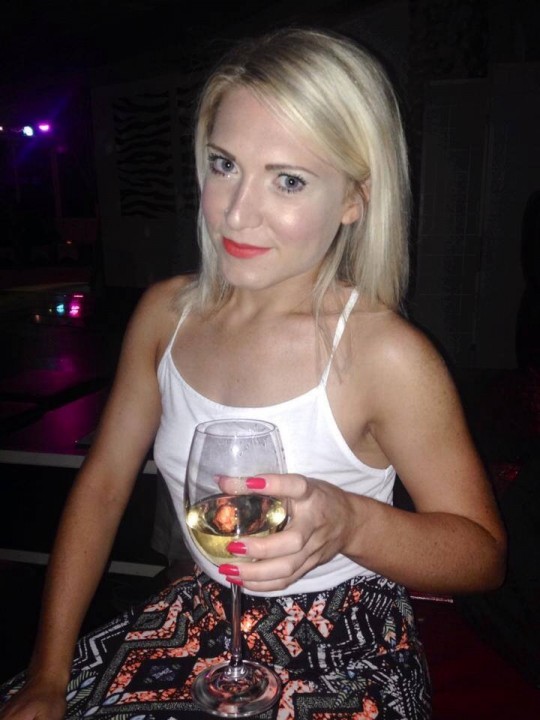 Zoe Phillips, from Chorley, wasn’t surprised when she was awarded a first in Pharmacy this year from Manchester University: “I worked really hard, and spent a lot of the time in the library. But I played hard too.”

The brainy blonde managed to scoop a first for the four year course – but admits while she was in “Madchester”, as she calls it, she got “on it” on a very regular basis.

She said: “Me and my main Gs went out all the time and we had a fair few parties at ours too. In final year it absolutely went off. Usual formula was pres at ours, Northern Quarter (probably Black Dog) then a cheeky 5am Donald’s.”

And thanks to her dedication, Zoe’s now bagged herself a job at a top hospital, and finally fulfilled her lifelong dream of moving to London.

“Thanks to my first I’ve managed move to LDN and I’m absolutely loving it.” 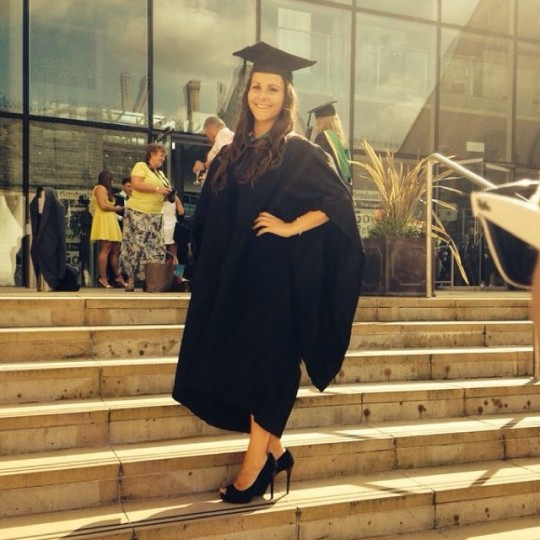 “I still went out and still had hangover days but just made sure I was productive other days.”

Katie now works at East Midlands Airport, which is where she completed a placement during her time at uni.

“I think experience is much more important than education. As long as your organised and have good planning skills you can get a first. Also having fun is important.” 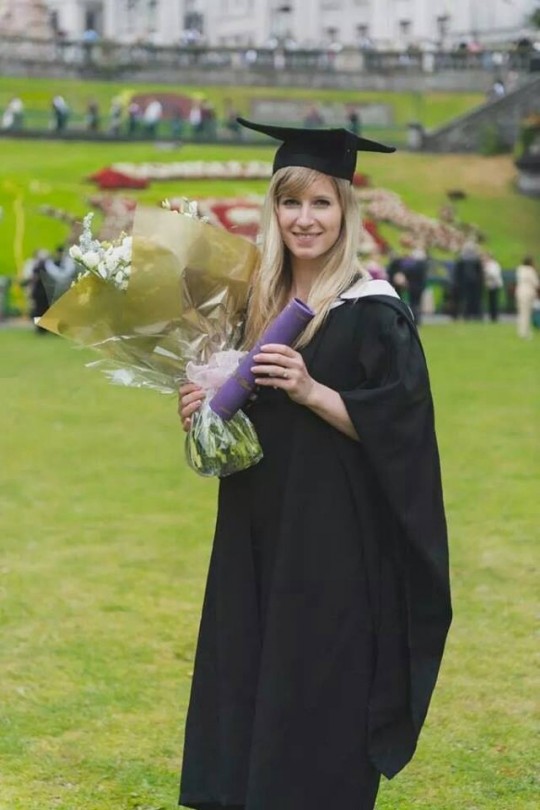 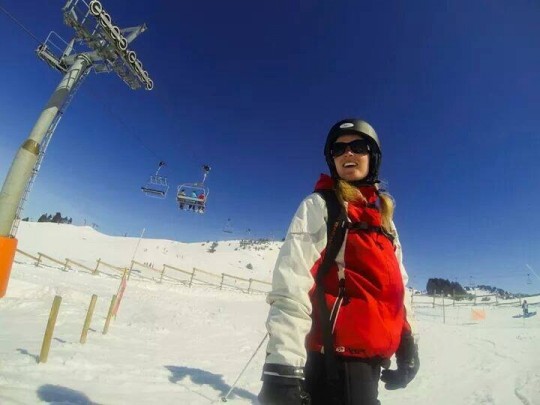 Hana says that getting a first really wasn’t that difficult for her and that not going out is the key to success.

“In the second semester of my fourth year I just didn’t go out in order to get the best results. I didn’t always get firsts but I was always close.”

She’s now going on to study a masters in International Events and Festival Management at Napier University. If you want to be just like Hana, this is the advice she had to give.

“In my opinion a first class degree shows hard work and determination. Just stay focused and try to do your best. You should be happy about your performance regardless to what degree you get.” 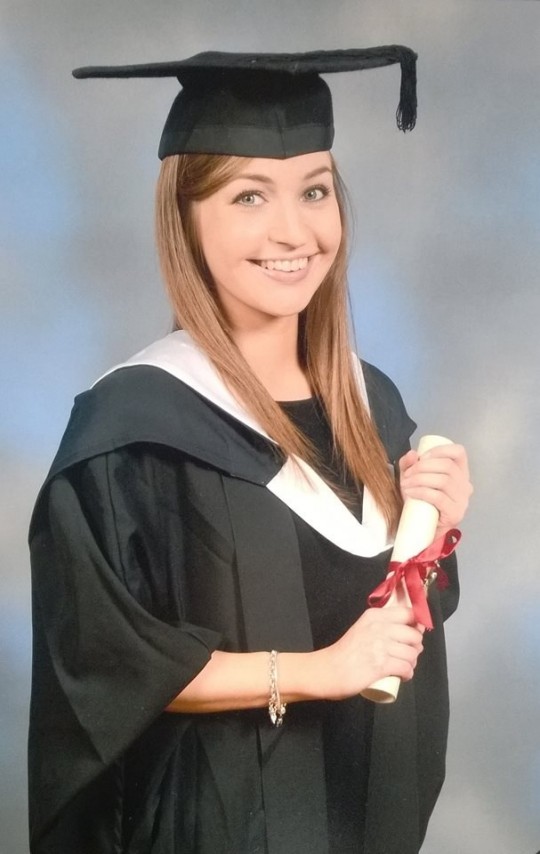 Kirsten, who is currently working full time selling Yankee Candles, was always set for success due to never actually being interested in going on nights out.

“I hope to eventually find a job in the oil and gas industry and I’m hoping having a first class degree will help me stand out amongst others when applying for jobs.

Despite spending most of her free time in the library Kirsten said that when she got her results it was a massive surprise.

She added: “All I can say is, the hard work really does pay off!” 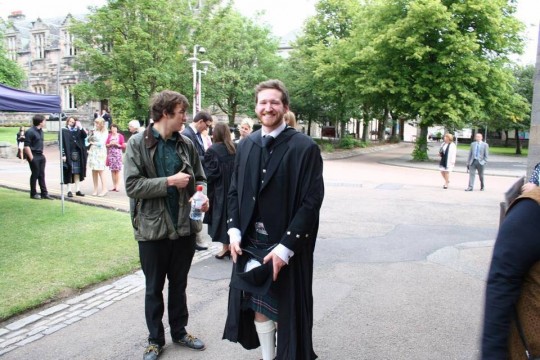 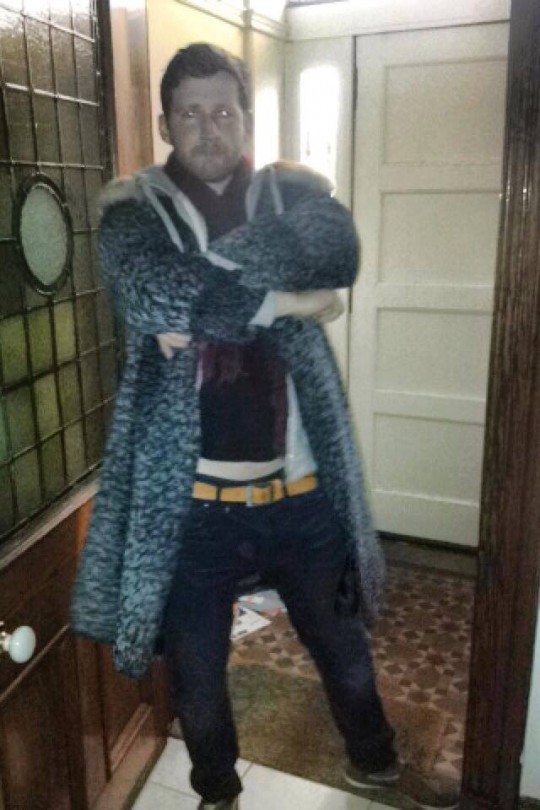 Alex says that the true motivation for his top score was the dream of gaining a scholarship for postgrad study.

“Getting a first was more like hard work whilst doing everything else – going out, going to the gym, working lots of hours to fund my way through. I struggled to fit everything but managed.”

“I got some firsts in my first couple of years but I just made sure I asked lecturers what they wanted from answers to get better grades.”

Alex is currently working full time in a bar work but will be applying again next year. 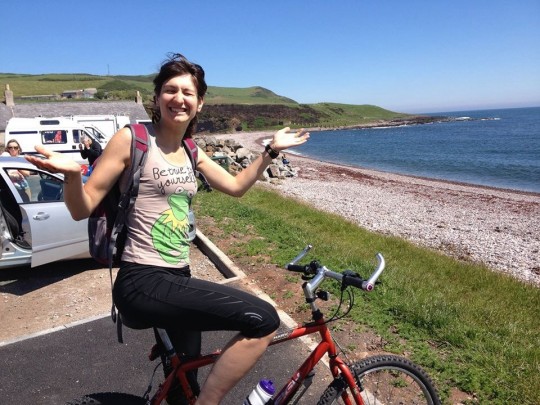 If you’re not already inspired, Marta Kolodziejcak, is sure to do the job.

Marta doesn’t feel like her accolades are that impressive but does admit that employers will think that having a first looks ‘pretty on paper’ regardless to what subject her degree is in.

She said: “I don’t see a first as a huge achievement, although it is good to boast about.”

Marta took part in various extra commitments when doing her degree, including helping organise Oxfam festival which almost lead to her handing her proposal in late. After this she decided to take a three week holiday-including a tour of Egypt- during the semester of writing her dissertation to improve her ‘self motivation’.

“It may sound cruel to all of those people who were crying to get a first but I let uni be one of the lowest priorities that year.”

As we were speaking to Marta she was in the process of booking a one way flight to South East Asia. She plans to visit friends in Vietnam and blow all of her savings because “it’s now or never”.

Marta’s advice is to not think about the first, but about the task and it’s content instead.

She inspirationally added:”In your final year it’s so easy to sod it all. But you’re so close. Don’t give up no matter what class you’re aiming for. 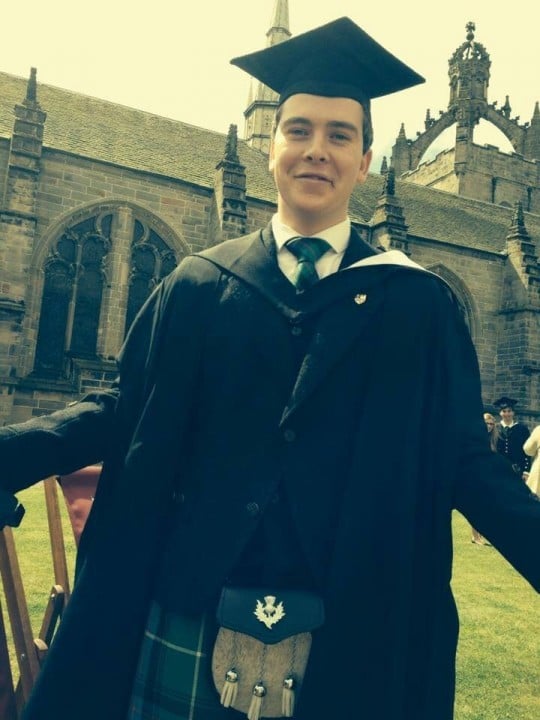 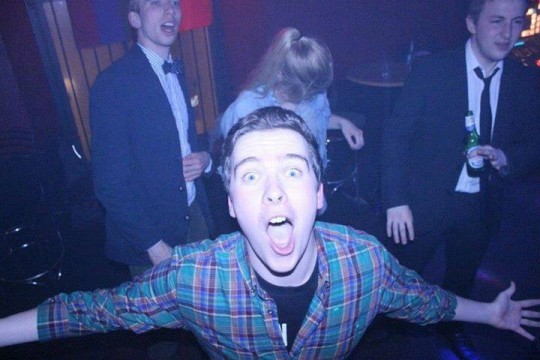 Despite getting a first David is not 100% sure how it will help him but admits it’s good for self satisfaction.

David describes himself as a typical politics student.

“I went along to the debating society and had different roles in the Student Association. I also ran the national youth wing of the Liberal Democrats for two years.”

However assures us that he still made time to ‘live the student life’.

Now he’s graduated the plan for David is more politics. He’s currently working as a Press and Researcher for an MP. 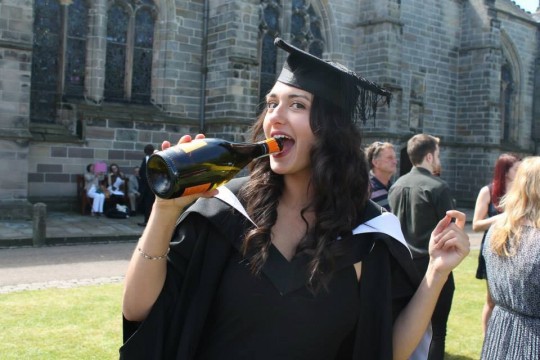 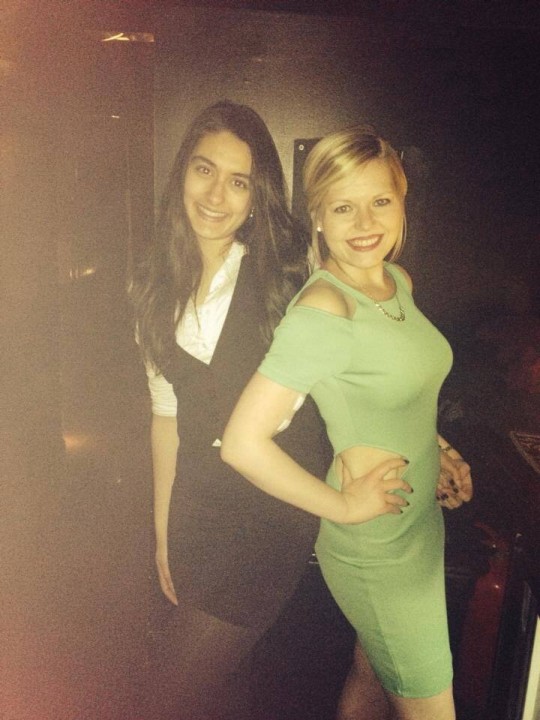 Most students would be elated if they got a 2:1 but that was never an option for Monique. Despite not always getting top marks, she says that a first was the aim.

“As much as I don’t want to admit it-I would have been disappointed if I hadn’t got a first. It’s always what I wanted.”

Not only did this bright babe get a first, she also ran a successful feminist blog, worked three part time jobs, was president of the International Relations Society and she was the Woman’s Convenor.

“I think I socialised too much. I went out once or twice a week but working in a night club meant I ended up drinking a lot.”

Monique believes that experience is much more important than the actual grade of your degree.

She added: “The experience I have has definitely helped me on to the next step in my education.”

Monique starts a masters degree in International Law at Leiden uni in September.