It’s all because of serotonin

You’re so nearly over your festival comedown, but come 3am you’re still dreaming about chasing your friends around Barcelona and stabbing them in the face. Lucid dreams are those dreams where you know you’re dreaming, the ones that don’t really make any sense.

They are often vivid, surreal, and scary nightmares that have you waking up in buckets of sweat. And some people report that they can last for up to a week after taking large amounts of MD. There’s literally nothing more unbearably dull than listening to someone talk about their dreams, but there is some interesting science behind why we have them on a festival comedown.

We’ve spoken to a spokesperson for an actual scientific institution, and he told us it’s probably all down to your serotonin levels. 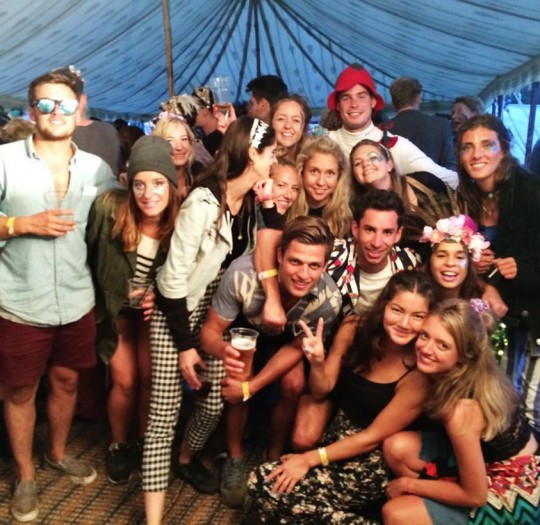 In the most basic terms, when you’re high on MD your brain cells release serotonin, but they don’t soak “the happy chemical” back up. As a result, the more you take, the more likely you will end up feeling pretty unhappy for a few days, until your serotonin balance is restored.

It’s a bit complicated, but here’s a detailed explanation of what happens to your brain when you’re high and low, courtesy of Josh Hulbert, spokesperson for Drugscience. “MDMA usually feels awesome, but like the festival itself, once the party’s over, your brain chemistry is left in a total mess, requiring an enormous clean-up operation that often takes days.

“When your brain’s working normally, its cells send neurotransmitters such as serotonin as signals to each other, producing all your behaviour and feelings, including the regulation of sleep and dreams. When their signalling job is done, they’re tidily reabsorbed. One of the main effects of MDMA is to confuse these signals, notably making the serotonin transporter (the one-molecule-machine that recycles serotonin so it can be reused) malfunction, so instead of neatly hoovering serotonin back up into the cell, it does the opposite and pumps it out.

“This surge of serotonin gives the loved-up euphoric feeling users chase, but also causes the side-effects of serotonin overload especially if you take silly amounts – the gurning, overheating, confusion, and occasionally worse.”

During the comedown period after a big dose, when the MD is no longer working and your body can feel like an empty husk, your neurochemistry (i.e. the make-up and organisation of chemicals in your brain) is all over the place, with the notable issue being an incredibly low level of serotonin.

This causes the crushing lows associated with the drug, but perhaps a number of other issues. Serotonin isn’t just a “happy chemical” and also regulates sleeping and waking, so a depletion seems a likely culprit of the random sleep patterns the day after a festival and for a few days to come.

Drugscience’s Josh Hulbert said: “It seems likely that the disturbed sleep and disturbing dreams that have been reported after using MDMA at festivals are the result of brains that are still in the process of recovering their balance.”

So, those dreams where you’re fighting Russell Crowe while your family and friends watch, cheering him on as he batters you to the ground, aren’t just a sign of you losing your marbles. 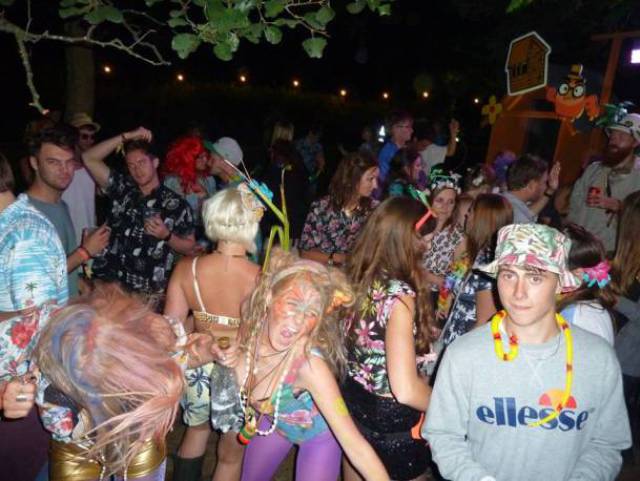 “Scientists are not yet in agreement about how completely the brain recovers after MDMA use, it probably depends a lot on how much you take, how often. Overuse seems to cause lasting changes although its not yet clear how subtle or serious the real-world consequences are, for example to memory or mental health. However, mistreating your serotonin system with excessive doses will also mean that you get less and less fun from MDMA over time. So if you’re committed to taking MDMA despite the risks, it’s true to say that less is more.”

The reasons festivals cause these dreams with such regularity and intensity seems to be caused by the amount of drugs one ingests over a weekend, combined with the lack of sleep over a two to four day period.

At festivals everyone goes a bit loopy – doing quantities of drugs they simply wouldn’t over a weekend at home and barely sleeping. As Josh says: “It’s obvious that taking half a gram of MDMA over a weekend will put much more strain on your body than the same amount taken on 5 well-spaced nights…”

When you take the first dose, your body uses an enzyme called CYP2D6 to “digest” it, but when you take another dose just a few hours later, your CYP2D6 can’t handle any more and you are much less able to break it down.”

This failure of good old CYP2D6 means that a second or third dose, even if it’s a smaller amount than what you handled earlier, often gives your body a much harder time, and in turn makes the comedown worse

Through completely fucking your serotonin levels, your comedown is longer and more intense, and combined with the lack of sleep, makes your first few nights back home a series of trippy dreams, cold sweats and random wake-ups.