Witness said it sounded like ‘some kind of monster’

A couple indulging in a late night romp were rumbled by a student who filmed them having sex against a wall.

The aptly named Christian Gray, a student at Anglia Ruskin University, was disturbed by what he believed to be “some kind of monster” outside his house in the early hours one night last week. 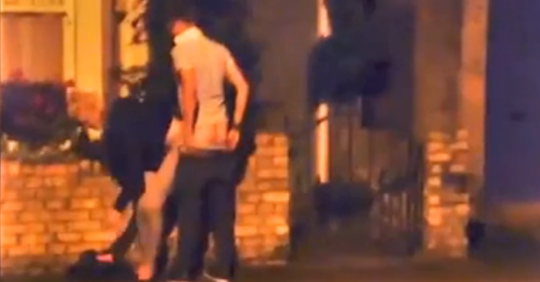 But to his surprise, the groans were not from a monster but from a frisky couple getting jiggy against his neighbour’s wall.

Voyeur Gray, who lives on a quiet street in Cambridge, immediately whipped out his camera to film the saucy al fresco frolic.


The law student, who claims the commotion occurred around 1am, managed to capture a few seconds of film before the bare-cheeked man buttoned up his trousers.

The brazen pair went to make a quick exit but spotted Gray and swore at the student- evidently unembarrassed at being caught on camera. 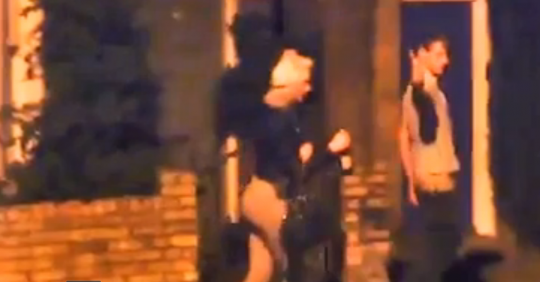 Gray said:  “I heard some groaning outside and to be honest I thought it was some kind of a monster.

“I opened up the curtain. I could not really believe what I was seeing.

“I got all the guys over to have a look and I thought I better film this.

“It was pretty hilarious. It happened a week ago and we’re still laughing about it.”