Liam Fraser was just your regular 18-year-old working as a holiday rep in Magaluf. Then he took his clothes off at a David Guetta concert.

The DJ posted the photo on his Facebook and Instagram, with the caption: “This guy is the craziest party guy I’ve ever seen he got totally naked at the Mallorca show. Dude, you deserve a free ticket for any of my show.” 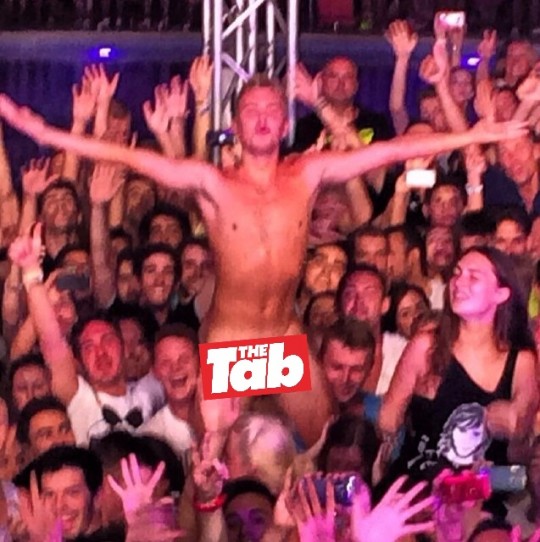 Liam said: “The moment just felt right.” Little did he know how much things were about to change. Fraser was noticed by Guetta, who gave him a shout out when he saw Liam showing Nothing But The Meat.

As far as Liam was concerned, that was that. The Magaluf boozecruise rep left the concert swiftly, as security were not amused by his Little Bad Girl act. He said: “Getting dressed proved difficult whilst running away from them.”

But 10 minutes later in another bar, Liam was contacted by a friend who had tagged him in a picture on Instagram. Guetta, whose hits include Who’s That Chick, found himself asking the same question once again when he saw Liam suspended naked on the shoulders of his friends in the crowd. 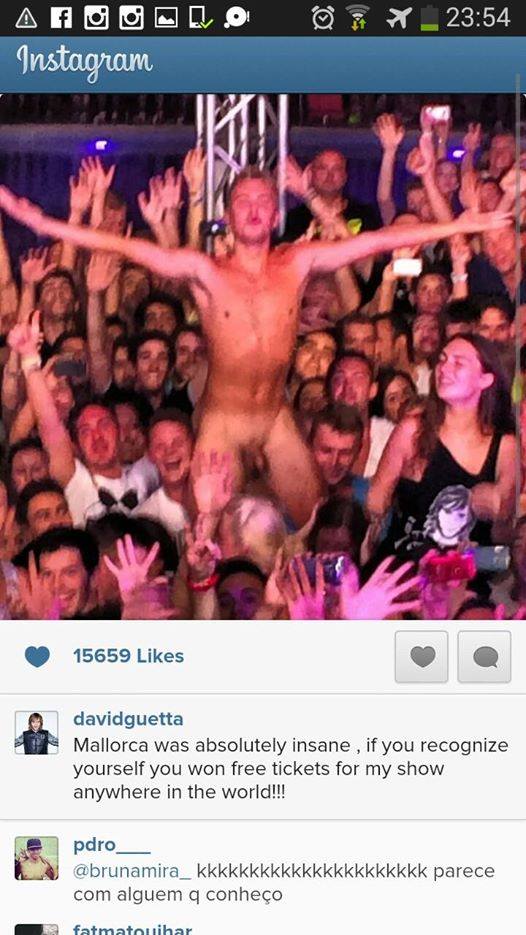 It turned out that he had been so impressed with Liam’s balls of Titanium that he told him that it Ain’t A Party without him – offering him free tickets to any of his shows.

Liam reacted to this news in the only way he knows. “I got naked again. Just to celebrate!” Will he do it Just One Last Time when he claims his free ticket? “Hell yeah!”

But, some people were not that impressed.