Student webcammers: Dirty old men pay me £300-a-day because they’re too scared to get a prostitute

No more room for Domino’s adverts on your car? Gumtree searches proving unfruitful? There is one way to quickly pay off your overdraft – it just depends how far you’re willing to go.

Despite what you may have been led to believe, webcam sex isn’t all black leather and sweaty dungeons.

The life of a “cammer” is a far cry from the seediness often associated with sex work; in fact, there’s no actual sex involved – and very little “work”.

“I never had much money, I was desperately searching for a part time job and I never even got an interview,” says Cora (not her real name), an 18-year-old student from Leeds who earns an income from webcam sex shows.

“I began to wonder how I would survive at university, or even if I’d be able to afford to pay the £150 deposit for my university halls accommodation.” 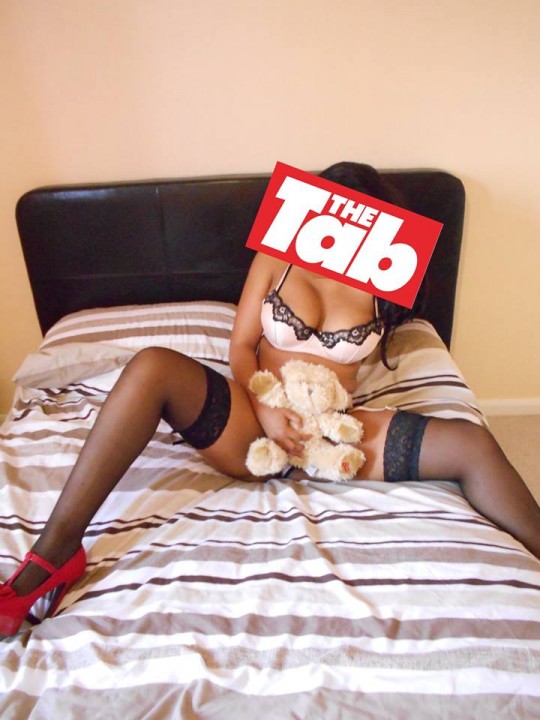 “Yeah, I could work long hours for a minimum wage job. Or I could make hundreds just sitting in my room on my laptop.”

It sounds surprising, but more and more students are turning to this kind of work to make ends meet. A difficult-to-believe Kingston University study found 6% of students surveyed worked as strippers, lap-dancers, webcam models or prostitutes.

The appeal of webcam work above all is that it requires no physical contact – alleviating the dangers one might face in other lines of sex work.

So what does it involve? “As an actor I have a script prepared in my head and a perfect sexual answer to anything someone says because I’ve done it for so long now,” Cora says.

“A lot of guys will just come in to chat to me and I won’t even have to get my clothes off. Some guys are more hard core and want it all straight away.

“It can be quite mechanical sometimes – I’ll often get naked and play with myself whilst thinking about what other tasks I have to do that day.

“But sometimes guys can really turn you on and you can get into it. Sometimes I’ll watch the clock going up and think about how much money I’m making whilst I play with myself. It’s a really weird turn on.” 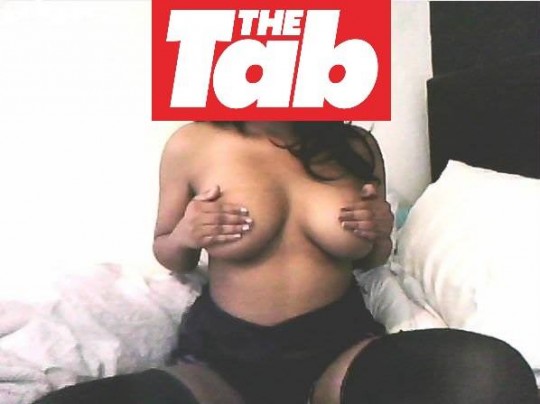 Aside from the standard fare (Cora says most guys “just come for a quick wank”), there are the more bizarre requests.

“I have this American guy on Skype who sends me hundreds of dollars just to play the game ‘I have never’ over webcam with him.

“Another guy was bragging about his massive penis, saying he wanted to show me how big it was. I clicked through and burst out laughing when I saw it; it was the smallest penis I’d ever seen.

“He told me he loved my reaction and wanted me to laugh at his penis more: guys love to be humiliated.“

A study by academics at the University of Plymouth found that 50% of 16-24 year olds have had sex via webcam – with 1/3 of those experiences being with a stranger.

Sites like Chaturbate or Saucytime are thriving off the back of this lucrative market, promoting themselves as sexual relief for the iPhone generation. Online sex is a goldmine – it’s no surprise that these students have found a way to cash in.

“On my first night I made £30 in a couple hours without showing any skin,” Cora says. “It was so addictive, and the more I did it the more I earned – at the height of my earnings I could make £300 in a day.”

It’s no revelation that the potential income is the main draw of the business, but Cora does admit that there are other perks.

“I adore the attention – being told how beautiful you are and seeing how men will spend hundreds just to look at you. It’s like being on drugs, knowing you could bring men to their knees with just your looks.”

The somewhat unusual nature of the job means that those who make their money from camming often do so behind closed doors. “None of my university friends know what I do,” Cora says.

People are very prudish and judging and my work is too important to me to have people interfering.

“My cam work is a character – an exaggerated version of myself. But if people knew what I do, they’d call me a slut. They’d say I sell myself.”

Students are seeing success on these sites because they represent a specific kind of fantasy. “A big draw to my profile is the fact that I’m 18 and a student.

“They think I’m a ‘daddy’s girl’ – they want to come and corrupt me and for me to act all innocent.” 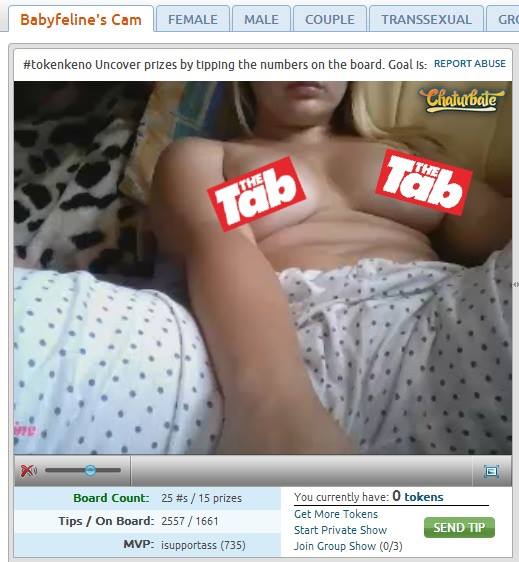 One of the other cammers on ‘Chaturbate’. not Cora

Exploiting this means big money for those wanting to pay off their student loans: “Yesterday a guy spent just over an hour in private with me and spent over £200. It would have been cheaper for him to hire an escort for an hour of sex.”

But it’s not all fun and games. “It’s unpredictable and it’s stressful. I have to lie to my boyfriend, and it’s difficult to explain to people why I need to stay in to work when I’ve told them I don’t have a job.

“You also start to lose respect for men – it’s hard not to when they’re wanking over an 18-year old girl whilst they brag that their wife is in the next room.”

For this growing number of students, the extra income makes life a balancing act. Despite being at peace with how she makes a living, Cora accepts that others may not be as accepting about the way that she pays the bills.

“My boyfriend thinks I just sit at home on my arse all day while he goes off to work.

“Little does he know I’m playing with my tits on cam so I’ve got money for the weekly Morrisons shop.”