A six-foot nine student claims he was threatened with the chop from his job at Tesco – after recreating his space scientist idol’s hairdo – even though his boss had the same colour hair.

Max Cole, 20, turned up with a red mohawk cut to his shift at Tesco in hometown Crediton, Devon, where he works to fund his studies.

The Genetics student at York Uni was sent home with no pay because of the cut – despite his manager having the same colour and other staff sporting wacky styles. 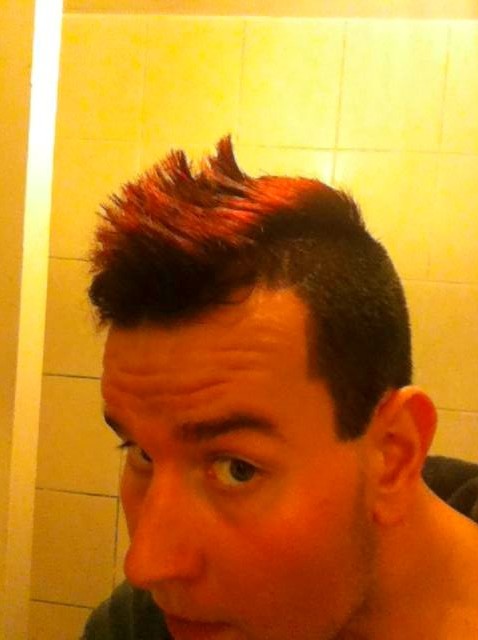 The six foot nine second-year-student graduate said he styled his hair to look like favourite NASA scientist Bobak Ferdowski, who he spotted sporting a similar do in a friend’s physics textbook and from various television appearances.

The Iranian space scientist is flight director on the Mars Science Laboratory Curiosity mission, and has attracted attention for his red-streaked mohawk cut.

Max added he also changes his style frequently “because it’s the only thing I can change about my appearance, what with being so tall. It lets me express my individuality.” 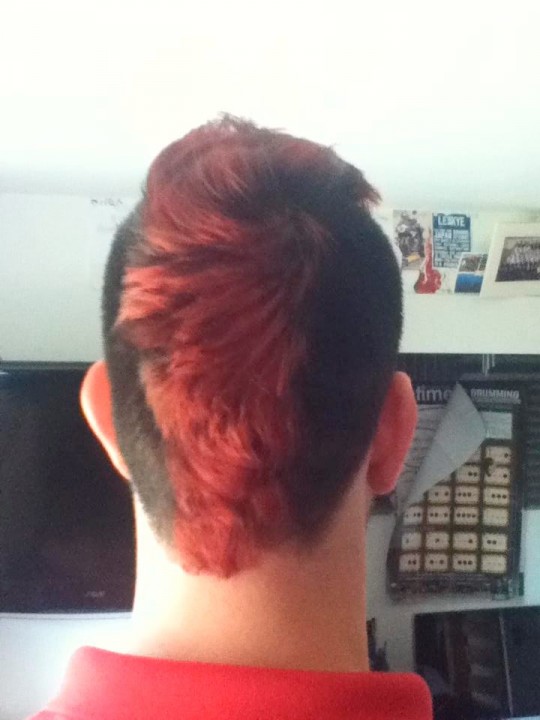 After being told his cut was not “business-like or smart”, Max was ordered out of the store empty handed and told he’d otherwise face the sack, despite female staff having “an array of unnatural colours in their hair”.

He said: “All my managers have dyed red hair too – which adds to how unfair it is.”

The student says the job is crucial to helping him fund his degree at York University, but when he sported the red streaks in the small mohawk-style cut managers told him he could not continue to work for them. 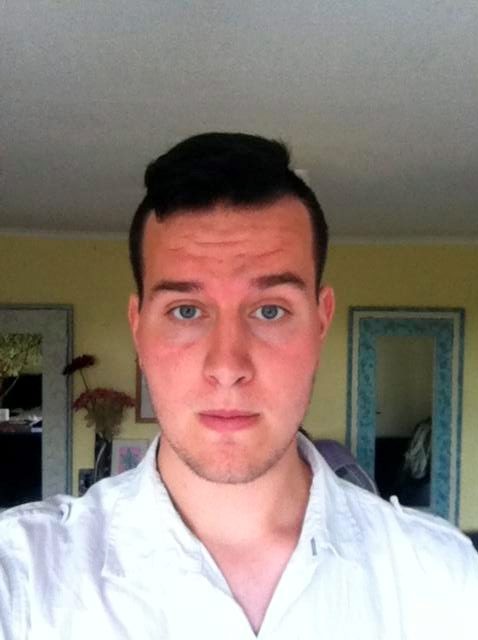 He said: “I went into work to do my normal 12-9pm shift, however with a change of hair style, from a very normal, short back and sides crew cut, just slightly overgrown, if anything looking a bit shabby to a black mohawk with red highlights.

“Before I could even clock in, I was taken off the shop floor by my line manager and was told I was not allowed to be on the shop floor with my current hair style due to it being inappropriate and was told that I had to go home and would not be paid for the day.

“Feeling this decision was completely unjust I went to the manager’s office and requested to see the personnel manager, who I thought would be the one, if anyone, to be on my side.

“However she took the general opinion of my hair being unacceptable for work, despite me pointing out that several managers have red hair, and other employees have an array of unnatural colours in their hair in severaldifferent styles.” 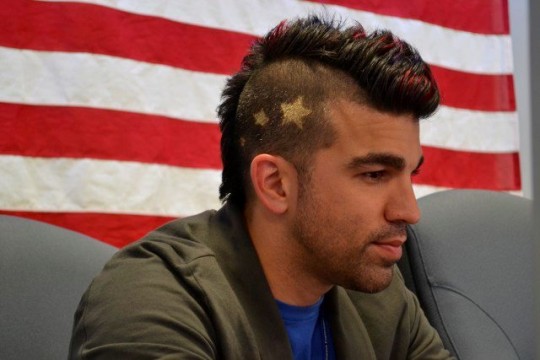 Max says he worked in the same store as a teenager when his hair was bleached white, to which staff never raised an eyebrow.

He added: “I was told that I am allowed to keep my black mohawk, but will be fired if I dye it red, which I once again I stated I felt was unfair due to the numerous number of female employees with red hair.”

A spokesperson for Tesco said: “We ask our colleagues to serve our customers in a smart and professional manner.

“Max has discussed this with his Personnel Manager and it’s great that he is continuing to work with us through his summer break.”