‘Two Girls, One Cup: The musical’ and other Edinburgh festival highlights

This week, I shall be boarding the gag express to Edinburgh Waverley, calling at all stations including “Giggle Town”, “Chortle-On-Sea”, and “Shit in my mouth that’s amusing”. Next month I’ll be performing my stand-up show “My Groupon Adventure” at the Edinburgh Fringe Festival. I’m sure a number of you will be planning to go to the “Athens of the North”, and for those who haven’t considered it: you must.

There’s nothing I’d rather do on an August day than kayak down the bubbling rapids of the Royal Mile, a furious diarrhoea of creativity and ambition. A trip to the Edinburgh Fringe is a life-affirming romp up the mountain of art, and in this article I aim to be your Sherpa: this a preview of THE MUST SEE shows at the festival.

What can I fit in my dog?
Illusionist Craig Cunt sees how many objects he can fit inside his spaniel before it dies. I saw a preview of this show and vomited 8 times, so I can’t wait to see what it’s like when he’s finished it. You’ll never look at a pineapple in the same way ever again.

An audience with Nigel Farage
Orange berk, and mahogany cat look-a-like Nigel Farage presents an hour of no-nonsense anecdotes. All your old favourites including, “Jews”, “I spoke to a gay and then it began to drizzle”, and “Yes my wife’s German, and yes she does like a big sausage!”

Plymouth University present ‘Two Girls, One Cup: The musical’
This does exactly what it says on the tin. 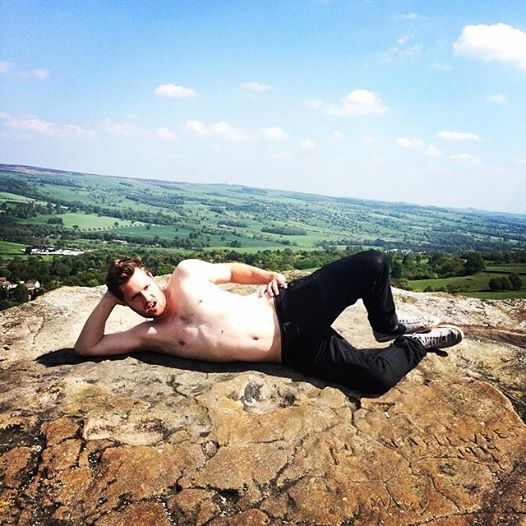 Guess which show this is the promo flyer for

The Mystery of Dunbloon Castle (Glasgow Prison Drama Society)
This is a murder mystery event with a twist. The twist being that someone in the audience will actually get murdered and then the survivors have to guess which member of the cast did it. I loved it when I saw it last year. RIP Dad.

The Tab presents “Trolls”
Our very own Tab presents a dramatization of our favourite comments that some of you pricks have written underneath articles. Actors will read them out to the audience, and then everyone will light a candle to mourn our dead culture.

Nine-Elevenses
This mid-morning chat-show at the Gilded Balloon describes itself as “Like Channel 4’s Sunday Brunch, but less awkward”. In it your genial hosts, 7ft 5inch identical twins Dwayne and Olaf (aka “The Twin Towers”), prepare terrorist-themed snacks served with a side-order of banter! You’d be Kame-crazy to miss it!

If you’d like to see the dreadful piece of tosh I’m performing this year then it is on at the Pleasance Courtyard at 3:30pm every day. Tickets here.